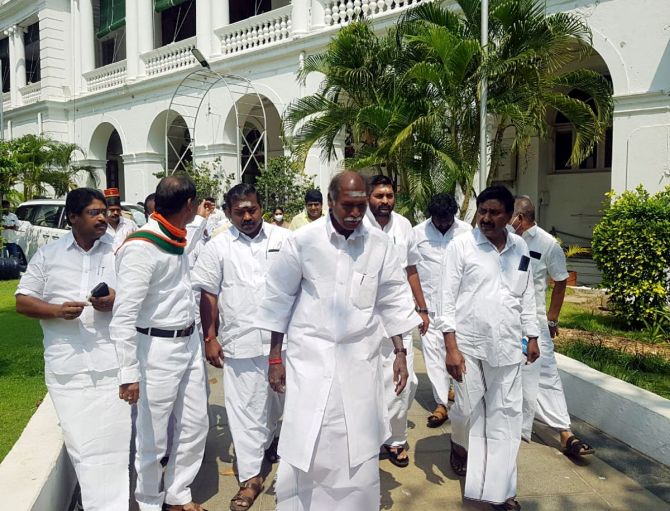 IMAGE: N Rangasamy (centre) is all set to become the next chief minister of Puducherry. Photograph: ANI Photo.

The All India NR Congress secured 10 seats, and about 25.8 per cent of the total vote share, while the BJP won six, about 13 per cent.

The AIADMK drew a blank but managed to garner 4.14 per cent of the total votes.

While independents secured six seats, the Indian National Congress, whose government collapsed before completing its five-year term under Chief Minister V Narayanasamy, managed to score two seats and 15.7 per cent of the total vote share.

The DMK, who fought the polls in alliance with Congress, secured six seats (18.5 per cent).

The single-phase Assembly polling in Puducherry had a voter turnout of 81.70 per cent, according to Election Commission..