A medical examination of a co-accused with Naudeep Kaur in a criminal case conducted by Chandigarh-based Government Medical College and Hospital has found two fractures on his hand and foot and some broken nail beds on his toe. 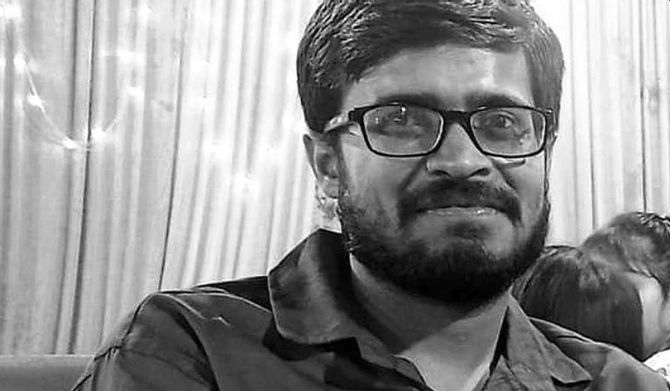 Shiv Kumar, president of Mazdoor Adhikar Sanghathan, was held a few days after the arrest of labour rights activist Kaur.

Kaur was arrested for allegedly gheraoing an industrial unit and demanding money from the company in Haryana's Sonipat on January 12.

Kumar is a co-accused with Naudeep Kaur in a criminal case registered by Sonipat police.

The Punjab and Haryana high court on February 19 had directed Superintendent, Sonipat Jail to get the medical examination of Kumar conducted by the GMCH after Kumar's father alleged that his son was brutally tortured by Sonipat police.

According to a GMCH medical report submitted in the high court on Wednesday, "All the injuries were more than two weeks old and were caused by blunt object/weapon."

"There is a fracture distal phalanx of the second digit of left hand. Fracture of base of 5th Metatarsal bone of right foot," according to the report.

Among injuries, four of the injuries were simple in nature and two were of grievous nature, as per the report.

According to a psychiatric evaluation of Kumar, he appeared sad and distressed with occasional crying spells.

"He expressed preoccupation with his current situation, reported predominant anxiety symptoms, flashbacks of brutality meted out to him, nightmares, feeling of loneliness, uncertainty about future," it said.

"Overall, evaluation is suggestive of post-traumatic stress disorder like symptoms," as per the report.

According to 24-year-old Kumar, who provided information about his case to the five-member medical board of GMCH formed for his medical examination, he was picked up on January 16 from a protest site at Kundli and was taken to old Kacheri, Sonipat where the CI (police) staff assaulted him.

"They tied both his feet, lay him on the ground and hit him on the soles. His 2nd, 3rd and 5th toe nails of the right foot were torn and nail of big toe of left foot became blue. They also hit him on the buttocks with flat sticks. Then they tied his hands and stretched his legs.

"He was made to lie on the ground with both legs straight and a metal pipe was placed on his thigh and rolled over the thighs by two people. They also hit him on both hands and palms and also on the back of his head. He was not allowed to sleep for three days," he alleged.

"The CI staff took his statement and asked him to give names and when he could not do so, they tied him to a chair and poured water to his head. He was mentally and physically abused in the police remand and they also poured hot water on his feet and any blisters that formed were burst by them," Kumar further alleged.

Meanwhile, the Haryana Police has refuted Kaur's charge of assault as 'baseless' and accused her of extorting money from industrialists.

In a status report submitted to the Punjab and Haryana high court on Wednesday, the Haryana Police said 'false' allegations are being made through a few social media platforms that Kaur was wrongly implicated and arbitrarily detained.

The court is hearing a matter related to Kaur's alleged illegal confinement.

It had earlier taken suo motu cognisance of the matter.

Kaur, who hails from Punjab's Muktsar district, in her regular bail plea before the high court had claimed to have been severely beaten up at a police station after she was arrested by the Sonipat police last month.

The 23-year-old activist had also claimed that her medical examination was not conducted in 'utter violation' of law.

Kaur, who is currently lodged in a Karnal jail, was arrested for allegedly gheraoing an industrial unit and demanding money from the company in Haryana's Sonipat on January 12.

In its reply filed through the Sonipat deputy superintendent of police, the Haryana Police claimed that during interrogation, Kaur had stated that she along with her associates Shiv Kumar, Sumit, Ashish and Sahil had formed the Majdoor Adhikar Sangathan (MAS) and 'they took brokerage from the labourers for providing them salary from the factory owners and also extorting money from the owners'.

From the police station, she was taken to the Sonipat civil hospital for medical examination on the same day.

'She herself gave a written statement to the female doctor that she does not want to be medically examined as she has not been assaulted on January 12,' says the report.

She also did not mention anything about any assault by police officials when she was presented before a chief judicial magistrate for judicial remand, the police said.

'False allegations are being made through a few social media platforms that Kaur was falsely implicated and arbitrarily detained by police,' it said.

The Haryana Police claimed that they had received a complaint on January 12 regarding gherao of an industrial unit at Kundli in Sonipat.

The complaint referred to illegal extortion of money from factory owners by MAS activists under the garb of workers' unpaid salaries.

Kaur made a provocative speech whereby she stated that they will attack and beat the police if they arrive on the spot, said the police.

A video recording of her 'provocative and threatening speech' was also submitted in the high court.

The police had earlier claimed that a team of police personnel was allegedly attacked with sticks when they reached the site and seven policemen had sustained injuries in the incident.

The high court on Wednesday had posted the hearing on Kaur's bail plea for February 26. 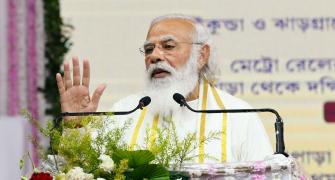 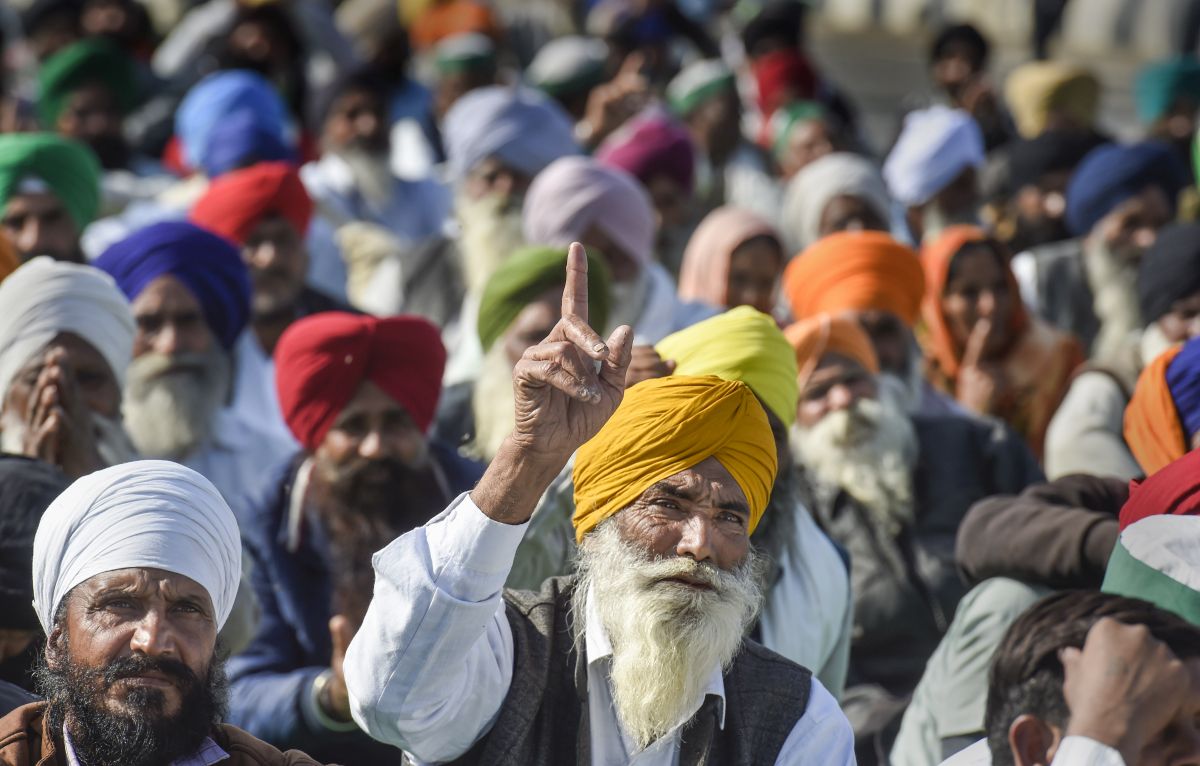