News
Business
Movies
Sports
Cricket
Get Ahead
Money Tips
Shopping
Sign in  |  Create a Rediffmail account
Rediff.com  » News » 'What they want from us all is total submission, obedience'

'What they want from us all is total submission, obedience'

'How ironic that a party that seeks to arrogate the mantle of nationalism to itself is actually behaving like the imperial oppressors.' 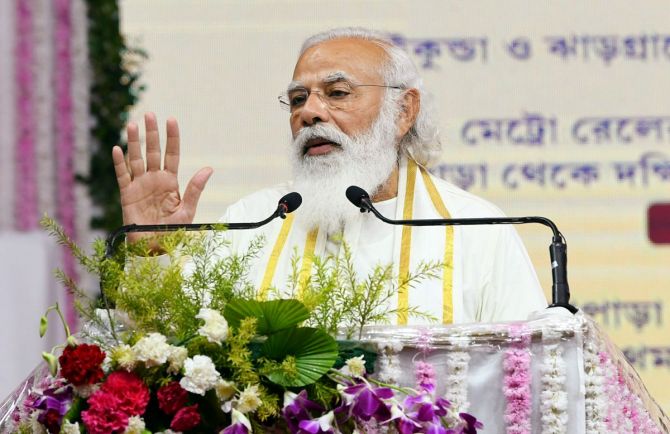 "The conflation of the nation with the government, the government with the ruling party, and both with the prime minister, has given India, for the first time, a larger-than-life ruler who literally embodies the nation and looms above its democratic institutions," Dr Shashi Tharoor, the member of Parliament from Thiruvananthapuram, tells Shobha Warrier/Rediff.com.

What came to your mind when an FIR was filed against you, an Opposition MP, citing sedition and spreading disharmony?

I was upset, of course, because after decades abroad I gave up a great deal to return to serve my country and would never have dreamed in my worst nightmares that anyone would ever accuse me of sedition!

But given the conduct of our ruling party I realised that I should not be unduly troubled or particularly surprised.

For one, I have faced similar instances of plain harassment by surrogates for the government who have taken me to court on various grounds over the years, including for merely quoting statements that already exist in the public domain.

At the same time, the recent attempts to intimidate and suppress my voice is almost like a badge of honour that I am proud to wear.

It shows that the ruling party considers the arguments I have been making publicly a serious challenge to their campaign to promote a bigoted and exclusionary idea of India.

What they want from all of us is total submission, obedience and the willingness to roll over and let their nativist campaign succeed.

I am simply not prepared to do this nor am I willing to compromise in fighting for that pluralist, inclusive and accepting idea of India that our forefathers gave their lives for during the Independence struggle.

Even though it is clear the legal troubles and inconveniences will persist, I will continue to fight for these ideas today, in the hope that by not cowering before tyranny I will encourage more people to join the fight for India's soul tomorrow.

Is this what happens when a political party thinks it is the country and not just a party elected by the people to rule the country for a certain period?

The Bharatiya Janata Party government and their surrogates have deemed themselves to be the ultimate guardians of our 'national interest'.

With this kind of mindset, it is only natural that other trademarks of their style of governance becomes apparent -- an inability to develop national consensus or unity, a pronounced unwillingness to engage in dialogue and negotiations with stakeholders who have a different worldview, and a tendency to resort to tools of suppression and harassment to intimidate and silence those courageous and patriotic enough to question and expose this government's underlying chauvinism.

The ruling dispensation always talks about the entire world conspiring to destroy India.
Do you think the government and the ruling party suffer from persecution complex?

We must recognise that this government has systematically attempted to portray themselves as the guardians against a distinctive 'Other', which represents individuals and communities that the government claims can threaten to derail the progress of our nation. countries.

Accordingly, terms like 'anti-national', 'urban Naxals' and 'tukde-tukde gang' became regulars in the political lexicon employed by the ruling dispensation, to define the apparent threat posed by an assortment of players ranging from Muslims, the Opposition, comedians satirising the work of the ruling party, journalists who dared question the government, students from JNU and other universities who participated in campus politics -- in short, anybody who opposed the government.

The Modi regime has done this through the aggressive assertion of a belligerent form of nationalism in which the government's ideological agenda is portrayed as synonymous with the national interest.

The corollary to this assertion is, inevitably, that any opposition to it is anti-national, if not treasonous; this explains the trigger-happiness with which BJP-ruled states slap sedition cases on their critics, since clearly their criticism itself is proof that they are betraying the nation.

Critics are routinely urged by government ministers to 'go to Pakistan', the mere choice of destination itself pointing to the traitorousness of their opposition.

The conflation of the nation with the government, the government with the ruling party, and both with the prime minister, has given India, for the first time, a larger-than-life ruler who literally embodies the nation and looms above its democratic institutions.

Do these actions remind you of anything from history?

These actions have parallels with events that took place at the height of the freedom struggle, where the British slapped our Nationalists -- leaders and workers alike -- with the same sedition charges and penalties that the government is resorting to today.

How ironic that a party that seeks to arrogate the mantle of nationalism to itself is actually behaving like the imperial oppressors.

But just like our forefathers did, we must be undeterred in our commitment and willingness to fight for India's soul and ultimately strive to liberate our nation from the intolerance and bigotry of the current ruling dispensation. 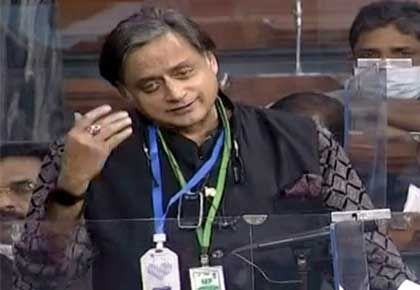 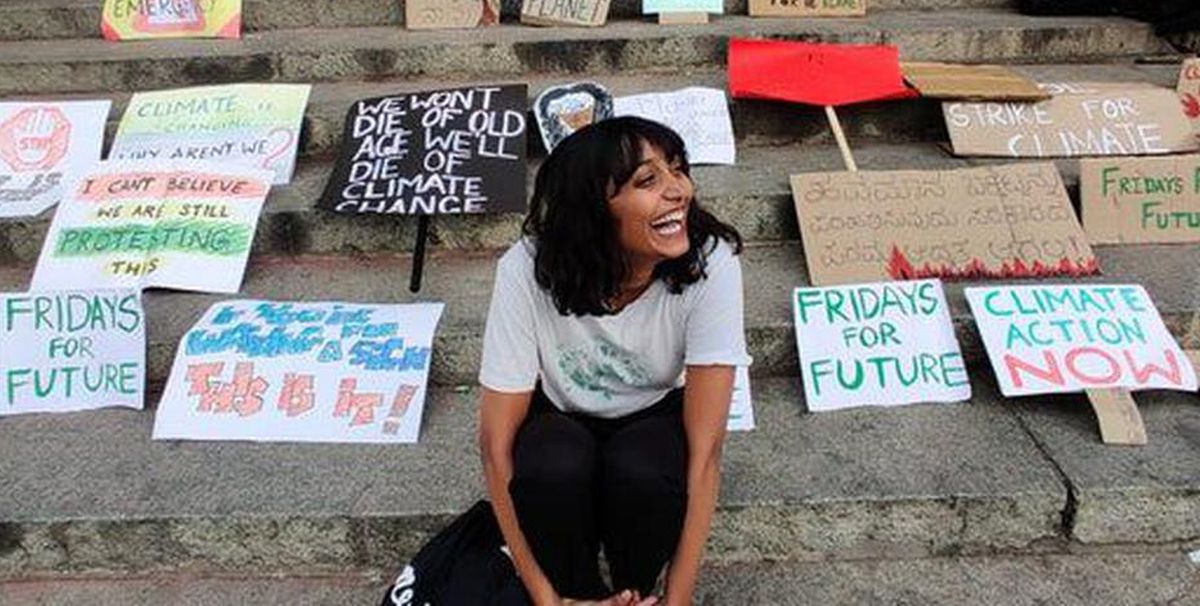