Two Trinamool Congress ministers and an MLA along with a former party leader were on Monday arrested and charge-sheeted by the Central Bureau of Investigation in Narada sting case, amid a high-voltage political drama in West Bengal that saw Chief Minister Mamata Banerjee sitting on a dharna at the probe agency's office for six hours as her party supporters besieged the premises and indulged in violent protests in several parts of the state. 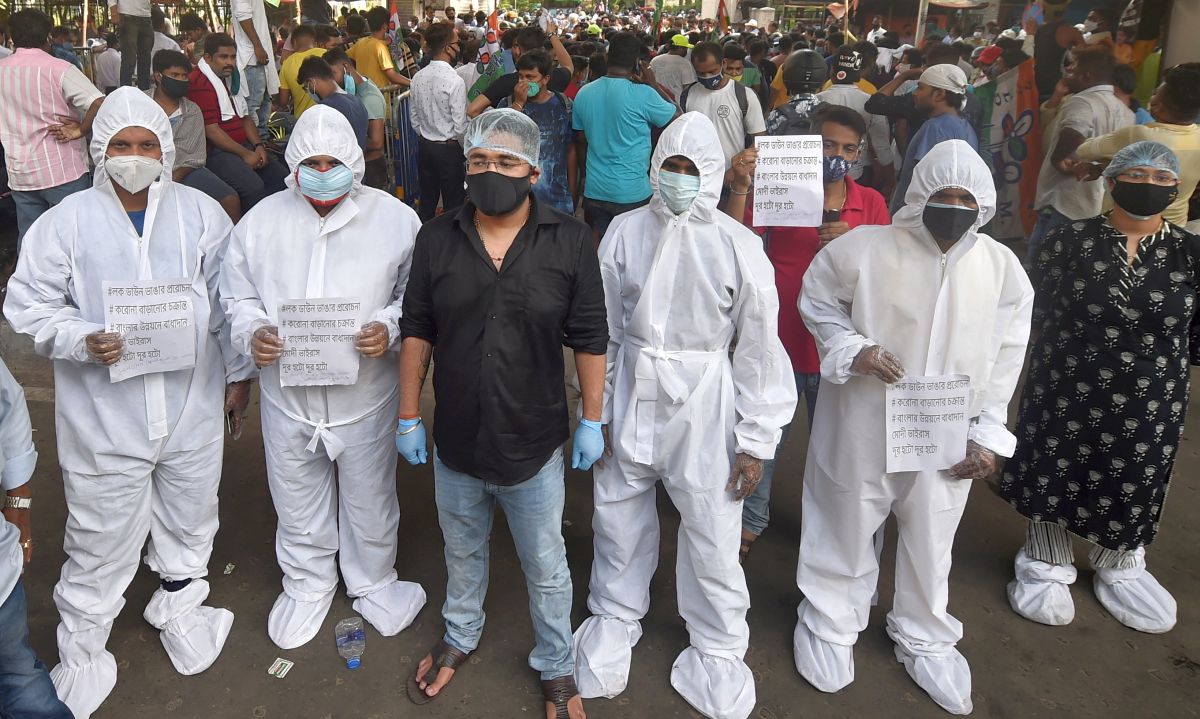 The CBI submitted its charge sheet against the four, besides IPS officer SMH Meerza who is already out on bail.

The Trinamool Congress accused the Bharatiya Janata Party-run Centre of using the CBI for political vendetta due to the saffron party's recent loss in the assembly election, after the agency arrested the four leaders, who were allegedly caught on camera while taking bribes in the 2014 sting by a news channel.

The CBI office at Nizam Palace in Kolkata became the latest political battleground in the state as chief minister Mamata Banerjee arrived along with the kin of these politicians and demanded that she also be arrested while angry protestors gathered at the site, defying the ongoing coronavirus lockdown, and hurled stones and bricks at security personnel.

In New Delhi, the CBI spokesman, R C Joshi, said the agency "today arrested four then (former) ministers, the government of West Bengal in a case related to the Narada sting operation... it was alleged that then public servants were caught on camera while receiving illegal gratification from the sting operator".

During a virtual hearing, where the agency submitted its charge sheet, Special CBI judge Anupam Mukherjee granted bail to all four after hearing their lawyers and the counsel for the agency, lawyer Anindya Raut said.

On a day of fast-paced events, Banerjee sat on a dharna from 11 AM to around 5 PM demanding the release of the TMC leaders, reminiscent of her protest against the CBI's move to question the then Kolkata Police Commissioner Rajeev Kumar in 2019 in the multi-crore Saradha chit fund scam case.

The CBI officials said Banerjee's actions are akin to interference in the probe handed over to the agency by the Calcutta High Court.

Taking note of the widespread protests across the state, state governor Jagdeep Dhankhar urged the chief minister to contain the "explosive situation" and asked her to weigh the "repercussions of such lawlessness and failure of constitutional mechanism". 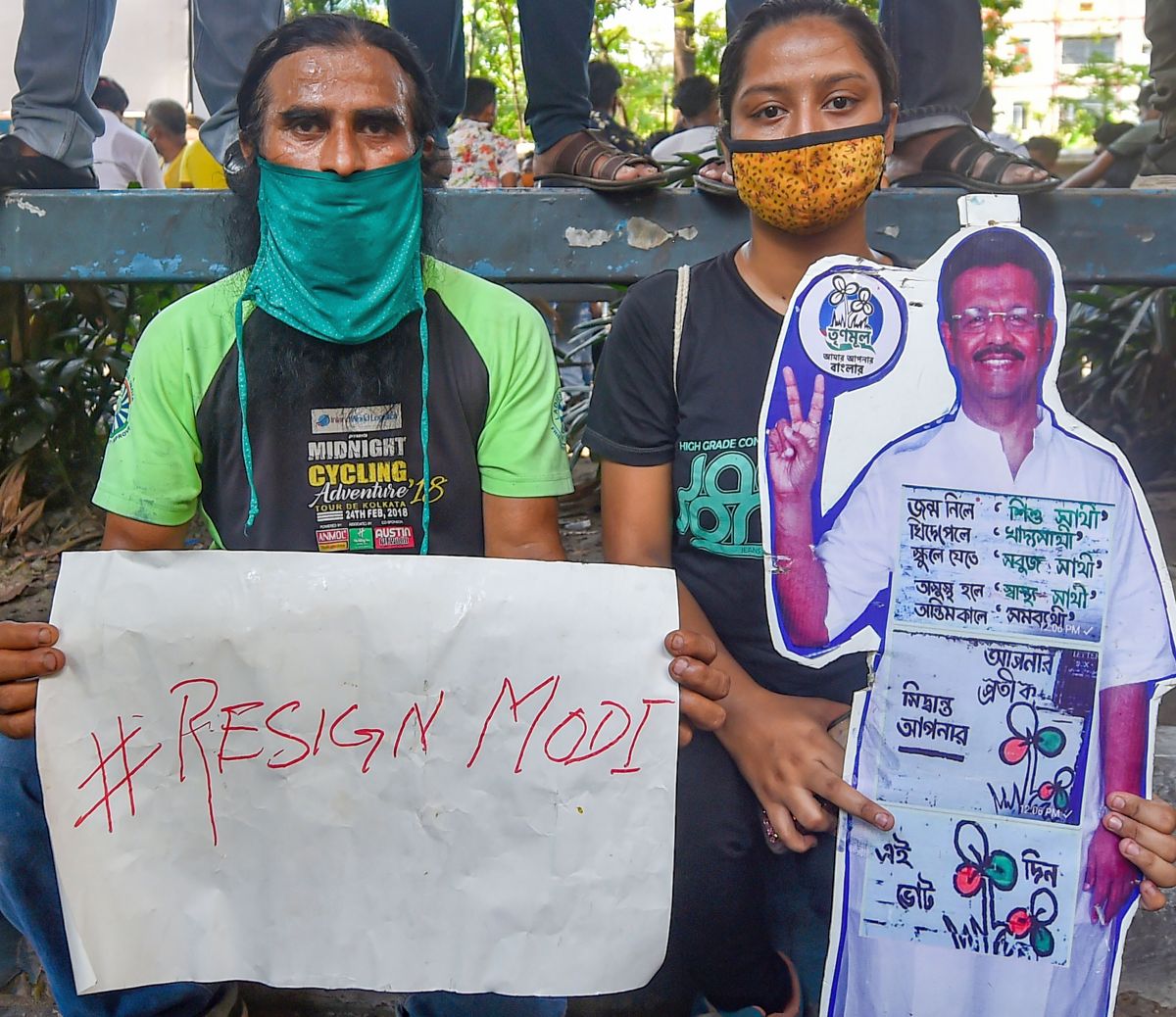 The CBI had approached the West Bengal Governor seeking sanction to prosecute Hakim, Mukherjee, Mitra and Chatterjee, the officials said, adding the sanction was received on May 7, following which the CBI finalised its chargesheet and moved to arrest them.

The case pertains to a purported sting operation conducted by Mathew Samuel of Narada TV news channel in 2014 in which TMC ministers, MPs and MLAs were purportedly seen receiving "illegal gratification" from representatives of a fictitious company for favours, the CBI has alleged.

The agency has alleged that Hakim was seen to have agreed to accept a bribe of Rs 5 lakh from the sting operator while Mitra and Mukherjee were caught on camera receiving Rs 5 lakh each.

Chatterjee was seen receiving Rs 4 lakh from the sting operator, it added. The tapes became public just before the 2016 assembly elections in West Bengal but had no impact on the poll results and Banerjee returned as the chief minister of the state.

The Calcutta high court had ordered a CBI probe into the sting operation on April 16, 2017.

The CBI had named 13 persons in the FIR registered on April 16, 2017, which included four TMC leaders-Hakim, Mukherjee, Mitra and Chatterjee, who held the position of ministers in the Mamata Banerjee government in 2014.

Hakim, Mukherjee and Mitra were re-elected as MLAs in the recently concluded West Bengal assembly polls, while Chatterjee, who left the TMC to join the BJP, has severed links with both parties.

The sanction to prosecute the remaining eight FIR accused, all the then Members of Parliament, has not been accorded yet, officials said.

The sanction for prosecution by the governor was questioned by the West Bengal assembly speaker Biman Banerjee who contended that the arrests were illegal. "I have not received any letter from the CBI nor has anybody sought any permission from me as per the protocol," he said. 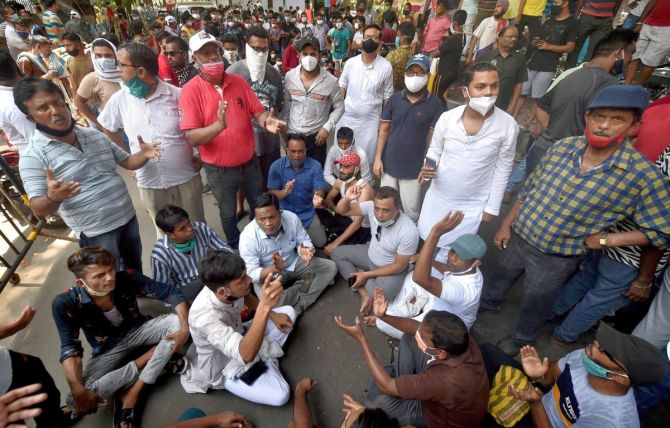 "I do not know for what unknown reason they went to the governor and sought his sanction. The chair of the speaker was not vacant at that time, I was very much in office. This sanction is absolutely illegal and arresting anyone on the basis of this sanction is also illegal," Banerjee claimed.

"The BJP is still not able to accept defeat in the polls after having made an all-out attempt to win... This is a reprehensible act at a time when the state is fighting the Covid situation, they are trying to create disturbances in such a manner," he said.

BJP state president Dilip Ghosh condemned the protests by TMC workers and said the agitation, amid the COVID-19 lockdown, only shows that they have no respect for the law of the land.

"Instead of demonstrating on the streets, the party should seek a legal remedy," Ghosh stated.

Trinamool MP Sougata Roy said this was a "vengeful and vindictive" decision by the central government. 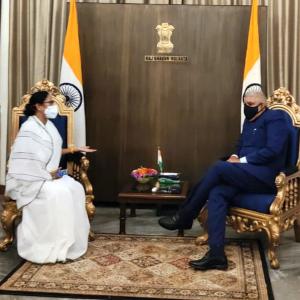