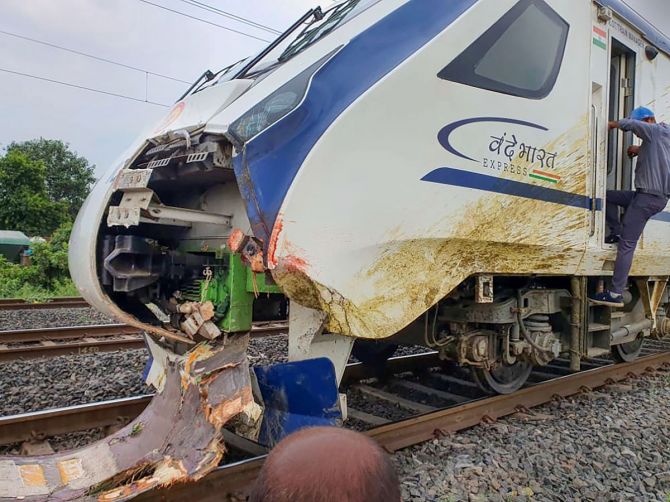 IMAGE: Vande Bharat Express train, running between Mumbai Central and Gandhinagar, suffered damages after collision with a herd of buffaloes, on the railway line between the Gairatpur and Vatva stations, in Ahmedabad district, October 6, 2022. Photograph: PTI Photo

No passenger was injured in the incident that occurred between Gairatpur and Vatva stations around 11.15 am, they said.

"Vande Bharat express running between Mumbai Central and Gandhinagar Capital stations had left Mumbai this morning. The front portion of the train's engine got damaged after it hit some buffaloes that came on track around 11.15 am. The incident took place between Vatva and Maninagar areas of Ahmedabad," Western Railway spokesperson Jitendra Kumar Jayant said.

"The damaged portion was repaired and the train was sent to Gandhinagar station. The train departed for Mumbai from the Gandhinagar Capital station at its scheduled time. No passenger was injured in the incident," he added.

Another railway spokesperson said the front portion of the engine was damaged, but no functional part of the train was harmed.

"Three-four buffaloes suddenly came on the way of Mumbai-Gandhinagar Vande Bharat, damaging the nose made up of FRP (fibre-reinforced plastic). The train moved just after removing carcasses (within eight minutes) and reached Gandhinagar on time," he said, adding that the railway authorities were trying to counsel nearby villagers not to leave cattle near the track.

The semi-high speed train was flagged off by Prime Minister Narendra Modi on September 30 from Gandhinagar Capital station. This is the third Vande Bharat express train in the country. 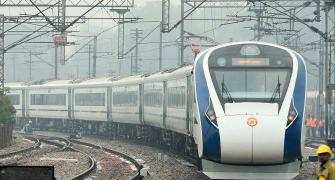 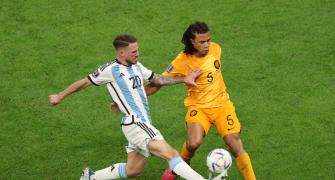 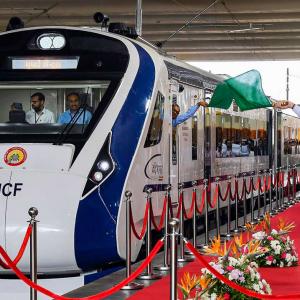 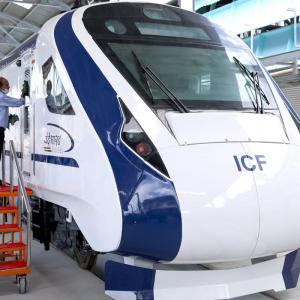