By Vicky Nanjappa
Last updated on: July 13, 2011 23:40 IST
Were the Mumbai blasts a diversionary tactic by the Indian Mujahideen, asks Vicky Nanjappa.

If the investigating agencies establish that the Indian Mujahideen carried out Wednesday's blasts in Mumbai, then it may confirm that the attacks were a diversionary tactic.

Currently, at least 20 crucial IM members are under investigation by the National Investigation Agency which has obtained vital information during the interrogation of these individuals.

Although security agencies have claimed that they have broken the IM network to a large extent, the fact remains that the agencies have been unable to do much to counter the IM grouping again.

There are at least 1,000 IM sympathisers who continue to be part of sleeper cells and modules across the country.

The NIA, during its investigations, has begun to get a fair idea of how the IM operates. In addition, it has collected a lot of data on existing cells and modules.

What these blasts have achieved for the time being is to create a diversion to the ongoing NIA investigation into home grown jihad and its revival.

New theories will be floated and the investigating agencies will take some time to understand the nuances of these blasts.

This diversion could help the IM re-group while the investigating agencies are busy.

Although the IM, which came into being after the Government of India banned the Students Islamic Movement of India, had carried out the blast at a court in Uttar Pradesh prior to this, Operation BAD put the IM on the terror map.

After these blasts there came a lull in the organisation's terror campaign owing to the spate of arrests. Then came a couple of unsuccessful attempts in Old Delhi prior to the Commonwealth Games last year, which was followed by a low intensity attack in Varanasi, and then the unsuccessful attempt outside the Delhi court some weeks ago.

Looking back at these incidents it is clear that these attacks were warning signals for the security agencies. One official believes the slow pace of the investigation of these recent cases is largely to blame for Wednesday's attack.

The agencies were led to believe that IM was on the back foot, hence the investigation continued slowly.

Experts feel the pace of the investigation gave IM time to plan an attack like the blasts in Mumbai.

The last three incidents involving the IM were pointers to something big to come. The investigations into all these cases led to the arrest of some IM members. However, investigators point out some leading IM terrorists had escaped outside the country.

Had the investigations into the recent blasts been undertaken in the manner in which the security agencies reacted post Operation BAD, it may have deterred IM terrorists to a large extent.

According to the Stratfor intelligence site, the Improvised Explosive Devices used in the Mumbai blasts were well coordinated and the choice of targets bears resemblance to the blasts in Varanasi, Bangalore and Ahmedabad. 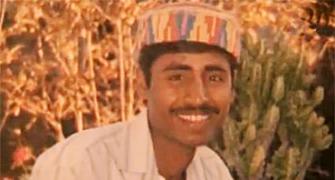 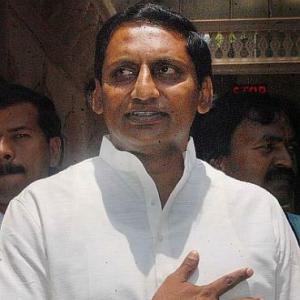