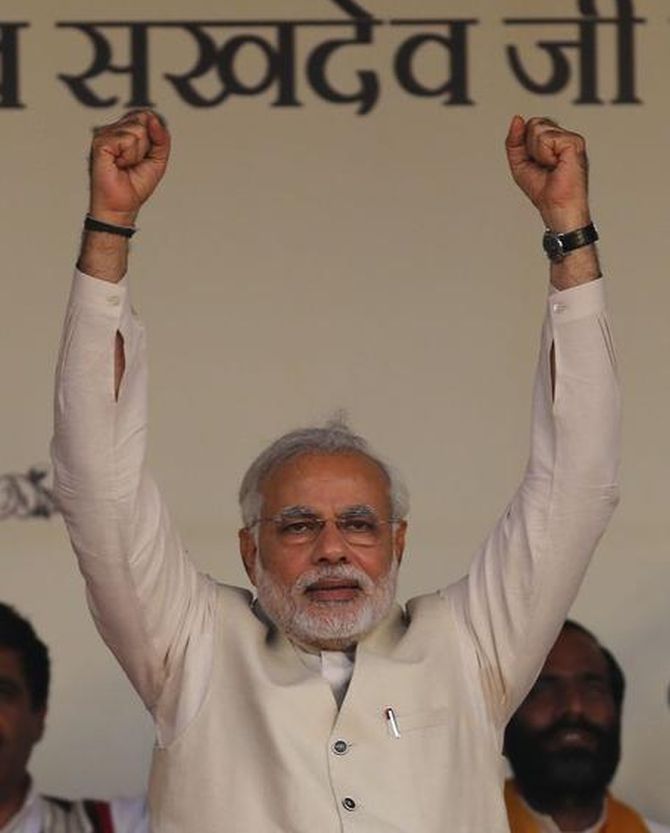 The Congress on Thursday attacked Prime Minister Narendra Modi over his "silence" on the Lalit Modi controversy, saying he should come out of his 'meditation' and answer the nation as he too is "liable".

"It is ordinance raj. All mantris have become tantris. One minister, what he or she eats, drinks, where they go... the prime minister knows everything. But he is unaware when External Affairs Minister Sushma Swaraj was talking to UK authorities on Lalit Modi's travel documents.

"That means, there was consent of the prime minister (for granting travel documents to Lalit Modi)... he is liable. Prime Minister Modi should come out of political Vipassana, and keep truth before the nation," Congress spokesman Tom Vadakkan told media persons.

Asked about reports of scam-tainted former IPL chief Lalit Modi hosting Congress leaders Shashi Tharoor and Rajiv Shukla too, Vadakkan said they did not hold any official post unlike Rajasthan Chief Minister Vasundhara Raje and hence, there was no quid pro quo.

According to media reports, ex-IPL chief had hosted Tharoor, Shukla and Raje at a Mumbai hotel in 2010. Raje was Opposition leader in Rajasthan assembly then.

On reports claiming that Raje's son Dushyant had business links with the former IPL chief, Vadakkan said the matter needs to be investigated.

"It is very difficult to say which Modi has what relations with whom. If the relations are with Chhota (Lalit) Modi, then in whose protection Chhota Modi is, who is giving him transit passport, these are all matters of investigation. These linkages involving Bada Modi, Chhota Modi can be established only then," he said.