The Trinamool Congress registered a decisive victory in West Bengal on Sunday, contrary to results of most exit polls which predicted a tight race between the BJP and the TMC with an edge to the Mamata Banerjee-led party. 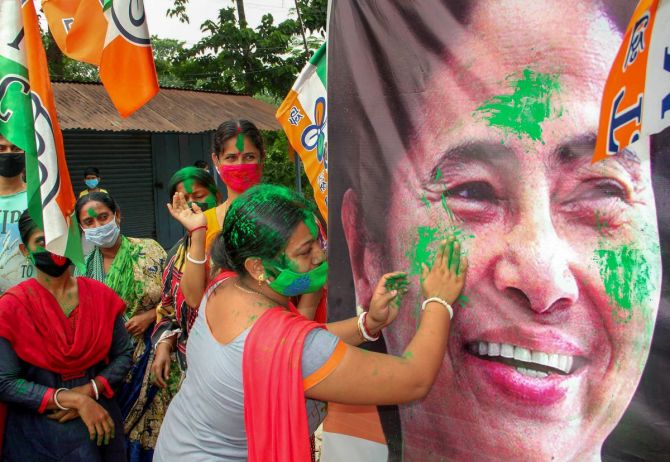 The exit polls failed to gauge the extent of TMC's victory margin. However, most were correct in projecting a win for the Dravida Munnetra Kazagham-led alliance in Tamil Nadu, the Bharatiya Janata Party combine in Assam, the Left Democratic Front in Kerala and the National Democratic Alliance in Puducherry.

In Kerala, Chief Minister Pinarayi Vijayan defied the norm of the two main alliances alternating in power by leading the CPI-M-led combine to another spell in power as predicted by the exit polls.

Axis My India had predicted a big win for the LDF by projecting 104 seats for it in the 140-member assembly and predicting only 20-36 seats to the Congress-led UDF.

Today's Chanakya forecast for Kerala was 93-111 seats for the LDF and 26-44 for the UDF in the 140-member strong Kerala assembly. CNX predicted a closer fight but still projected a majority of 72-80 seats for the ruling alliance against 54-64 for the opposition.

In another key southern state, Tamil Nadu, the DMK-led alliance registered a victory after being in the opposition for 10 years.

In Puducherry, as predicted by most of the exit polls, the NDA is set to form the government in the union territory.

Source: PTI  -  Edited By: Roshneesh Kmaneck© Copyright 2021 PTI. All rights reserved. Republication or redistribution of PTI content, including by framing or similar means, is expressly prohibited without the prior written consent.
Related News: BJP, TMC, DMK, CNX, The India Today-Axis My India
SHARE THIS STORY
Print this article 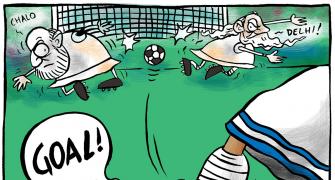 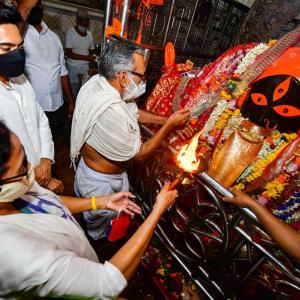