Modi dedicated the award to those Indians who transformed the Swachh Bharat campaign into a "people's movement" and accorded topmost priority to cleanliness in their day-to-day lives. 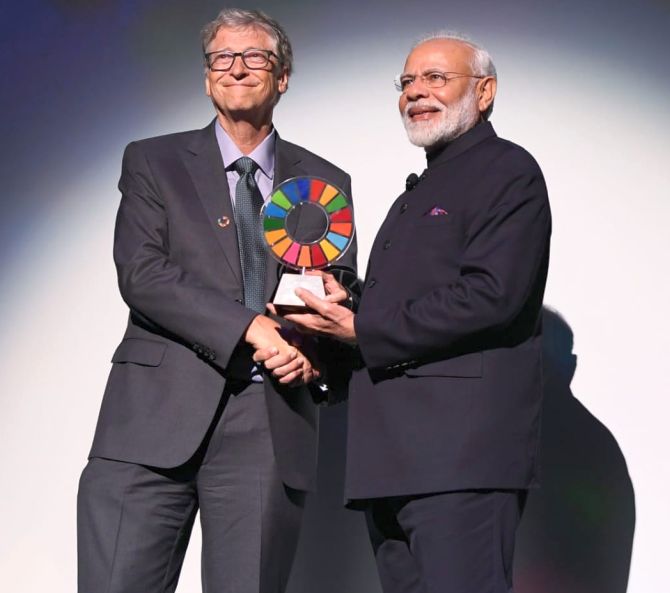 Prime Minister Narendra Modi was on Wednesday conferred the "Global Goalkeeper" award by the Bill and Melinda Gates Foundation for the Swachh Bharat Abhiyan launched by his government.

In a series of tweets in Hindi, the Prime Minister's Office said Modi lauded the countrymen for contributing to the grand success of the cleanliness mission, saying he shared the honour with them.

"Getting the award in the year of Mahatma Gandhi's 150th birth anniversary is personally significant for me. When 130 crore people take a pledge, any challenge can be overcome," the prime minister said.

He dedicated the award to those Indians who transformed the Swachh Bharat campaign into a "people's movement" and accorded topmost priority to cleanliness in their day-to-day lives.

"No such campaign was seen or heard about in any other country in the recent past. It might have been launched by our government, but people took control of it," Modi said.

As a result, over 11 crore toilets were built in the country in the last five years, which was a record, he said.

Stressing that the success of the campaign could not be measured in numbers, the prime minister said the poor people and the women of India were benefitted the most by it.

"Due to lack of toilets, a number of girls had to drop out of schools. Our daughters want to study, but because of lack of toilets, they had to abandon their education mid-way and sit at home," he added. 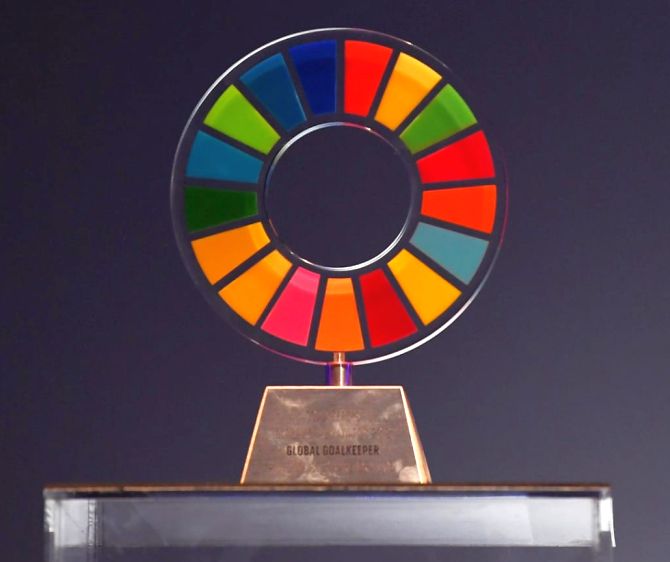 It was the responsibility of his government to help the girls and women of the country come out of this situation and it had performed the duty with utmost sincerity, the prime minister said.

The World Health Organisation had also acknowledged his government's efforts in this regard and said due to the Swachh Bharat campaign, a possibility was created to save three lakh human lives, he said.

Modi said he was told that the Bill and Melinda Gates Foundation had also reported that as rural sanitation had improved in India, it had led to a decline in heart problems among children and improvement in the Body Mass Index among women.

Expressing happiness that Gandhi's dream of cleanliness was about to be fulfilled, he said, "Gandhiji used to say a village could only become a model when it was completely clean. Today we are heading towards making the entire country a model."

"The campaign has not only improved the lives of crores of Indians, but it has also played a significant role in achieving the goals set by the UN," Modi said.

One of the least talked about aspects of the Swachh Bharat Abhiyan was that the 11 crore toilets built under it had opened a new chapter of economic activity in rural India, he said. 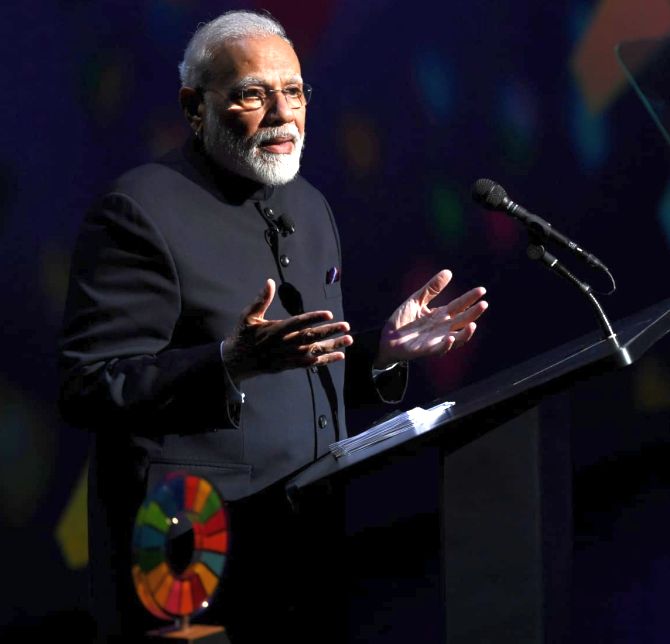 Stating that the simple meaning of democracy was that people should be at the centre of policies and schemes, the prime minister said for decades, India had witnessed "constitutional federalism", but it was his government that attempted to change it to "co-operative federalism" and with time, it was now moving towards "competitive-cooperative federalism".

He also voiced satisfaction that there was a race among all the states in India now to bag the top spot in the "cleanliness ranking".

Reiterating the philosophy of "Vasudhaiva Kutumbakam" (the whole world is one single family), Modi said India wanted to share its experience and expertise with other countries.

Besides the Swachh Bharat Abhiyan, many other "people's movements" such as "Fit India" to promote fitness and preventive healthcare, the "Jal Jeevan Mission" focussing on water conservation and recycling were going on in India, he said, adding that the country was headed towards getting rid of single-use plastic by 2022.

The prime minister asserted that he had full faith that the strength and determination of 130 crore Indians would ensure the success of all such campaigns and thanked everyone associated with the Bill and Melinda Gates Foundation for bestowing the honour on him.

The cleanliness campaign was launched by the Modi government on Gandhi's birth anniversary on October 2, 2014. 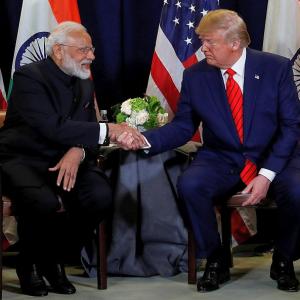 Modi can handle it: Trump on terrorism from Pakistan 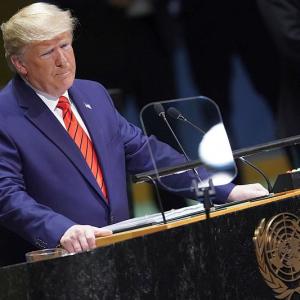