Mobile internet restored in Kargil; no such relief for J-K

The digital blackout in Kashmir completed 145 days on Friday with no sign of restoration of the services in near future. Mobile internet facility was resumed in Ladakh's Kargil district on Friday but there is no word on when internet services will be restored in Kashmir, where the blackout has completed 145 days after the Centre abrogated provisions of Article 370 of the Constitution, officials said.

In Kargil, mobile internet services were restored in view of complete normalcy returning to the district, with no untoward incident taking place over the past four months, the officials said.

They said local religious leaders have appealed to people not to misuse the facility.

The digital blackout in Kashmir completed 145 days on Friday with no sign of restoration of the services in near future.

There is no word on when internet services will be restored in the Valley, the officials said.

Bharatiya Janata Party general secretary Ram Madhav on Thursday had said broadband internet facilities were being restored in Kashmir in a phased manner.

"The broadband internet services are being restored in a phased manner. The facilities have been restored to the hotels," he had told reporters in Srinagar.

He had said the local administration will restore the broadband services in more sectors after a security review.

In the Valley, the business community and students are the worst sufferers due to the internet shutdown.

"Almost every paperwork related to business is now to be done online. Although the government has set up facilitation centres at various places, these are not enough. For example, I have to shut my shop for a day to be able to give GST returns. It is not only cumbersome but humiliating as well," said Farooq Ahmad Khan, a businessman.

Hundreds of students, who aspire to appear in various competitive examinations, have to make frequent visits to the internet kiosks set up in offices of deputy commissioners of various districts and some educational institutions.

"We have no information regarding what all documents we have to keep with us. After waiting for the turn for hours, we are turned back if something is missing," said Maleeha Aijaz, who is preparing to write NEET exams.

Basit Shafi, another student, said the number of kiosks was not enough to cater to a huge number of students and job aspirants who have to fill the forms online.

"More than 70,000 students are expected to appear in various examinations. Do you think a dozen odd internet stations are enough?" Shafi asked.

Even normal banking operations have been severely hit and people have to visit their respective branches for paying utility bills which they would otherwise pay online.

"The number of utility bills we used to handle had dropped significantly as people would pay these online. But now everyone has to come to the bank, resulting in long queues, which has affected our productivity also," an employee of the J and K Bank said.

Source: PTI© Copyright 2021 PTI. All rights reserved. Republication or redistribution of PTI content, including by framing or similar means, is expressly prohibited without the prior written consent.
Related News: Ladakh, Kashmir, Jammu
SHARE THIS STORY
Print this article 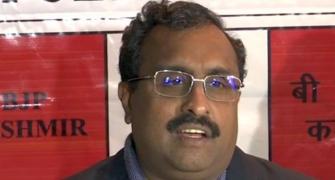 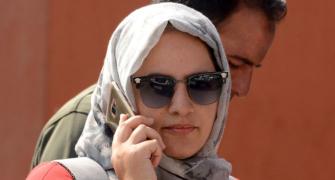 Postpaid mobile services back in Kashmir after 72 days