In a televised broadcast on December 31,2011, Nigerian President Goodluck Jonathan  declared a state of emergency in parts of the country following anti-Christian violence by a jihadi group called Boko Haram.

The State of Emergency will be in force in the Yobe and Borno states in the north-east. It authorises the government to use the Armed Forces for counter-terrorism duties. Nigeria's international borders with Niger, Chad and Cameroon are reported to have been closed.

The President's action followed a series of bombings in the affected region on Christmas Day in which 42 persons were reported to have been killed. The bombings were directed at churches and other targets.

Before his televised address, Jonathan spoke at a church in  Abuja where 37 people were killed. He said that Boko Haram, which had   "started as a harmless group", had "now grown cancerous".

The full name of Boko Haram is jama'atu ahlis sunna lidda'awati wal-jihad. It means People Committed to the Propagation of the Prophet's Teachings and Jihad.

The shortened version of its name as Boko Haram in the Housa dialect means "Western Education Is Sin". It has been campaigning against Western and Christian education and for the enforcement of Sharia in a country where Christians and animists are in a majority in the South. It was responsible  for more than 450 killings in Nigeria in 2011.

The organisation was formed in the town of Maiduguri , the capital of the Borno State, in 2002 by a cleric called Mohammad Yousef. He was reported killed by the police in 2009.The name of its present leader is not known.

It was initially thought of as an Islamic fundamentalist organisation with no links to Al Qaeda and other international jihadi terrorist affiliates of Al Qaeda such as Al Qaeda units in Yemen,Somalia and Algeria or the Lashkar-e-Tayiba in Pakistan or the Taliban in the Af-Pak region. Since it stepped up its acts of violence in 2009, there are growing concerns of such linkages.

Ayman al-Zawahiri, the present head of Al Qaeda, believes that instead of over-focussing on spreading the jihad to the US homeland, Al Qaeda should concentrate on  creating a prairie fire of jihadi intifada across countries that have a Muslim majority as well as lands that, according to him, traditionally belonged to Muslims, but are now under the control of non-Muslims.

He has been saying that African countries such as Algeria should play an important role in this multi-front war for the triumph of Islam.

The spreading and growing pan-African jihadi violence since 2009 has to be seen in the beliefs and conviction of Zawahiri who is now in the driving seat of international jihadi terrorism.

The death of Osama bin Laden during the US raid at Abbottabad on May 2,2011, was a set-back to those in Al Qaeda who had in the past  advocated a United States homeland-centric campaign.

It has seen the coming to the fore of Zawahiri and his followers who believe that instead of wasting human and material resources for organising jihadi attacks in the US, Al Qaeda and its affiliates should concentrate on spreading the prairie fire of Intifada across the Islamic world.

In 2004, from Maiduguri, Boko Haram spread to Kanamma in the Yobe State where it reportedly set up a base called "Afghanistan" , giving the first indication of a possible Afghan/Taliban inspiration for its ideology and activities. It spread its targets and started attacking the police too. It then spread to the Bauchi area.

On August 26, 2011, the United Nations headquarters in Abuja was blown up by a suicide car bomber, leaving at least 21 dead and dozens more injured. On November 5, 2011,a series of coordinated attacks in Borno and Yobe states, mainly around Damaturu, killed at least 67 people, and practically   destroyed a new police headquarters.

US Africa Command Commander General Carter F Ham stated in September 2011 that three African terrorist groups -- Shabab of Somalia, Al Qaeda in the Islamic Maghreb across the Sahel region, and Boko Haram -- "have very explicitly and publicly voiced an intent to target Westerners, and the US specifically."

General Ham  was quoted as stating after the Christmas Day bombings, "I remain greatly concerned about their stated intent to connect with Al Qaeda senior leadership, most likely through Al-qaeda in the lands of the Islamic Maghreb."

A bipartisan US congressional counterterrorism panel stated as follows in November 2011:

a. Boko Haram  poses an emerging threat to US interests and the US Homeland.

b. Boko Haram has the intent and may be developing the capability to coordinate on a rhetorical and operational level with Al Qaeda in the Lands of the Islamic Maghreb and al Shabaab.

c. Boko Haram's evolution in targeting and tactics closely follows that of other Al Qaeda affiliates that have targeted the US Homeland, most notably Al-qaeda in the Arabian Peninsula  and the  Tehrik-i-Taliban Pakistan.

There still seems to be a difference of opinion in the US as to whether Boko Haram is a purely regional organisation of concern to Nigeria and its neighbouring States only or whether it has graduated into an international jihadi terrorist organisation capable of attacking targets in the US homeland.

Congressional experts seem to suspect a linkage between Boko Haram and the Pakistani Taliban called the Tehrik-e-Taliban Pakistan. Since the US has a number of Muslim migrants from Nigeria, they seem worried over the dangers of Boko Haram developing sleeper cells in the US with the help of the TTP.

Counter-terrorism experts of the US intelligence community share the concerns of the Congressional experts over the unchecked growth of the organisation in Nigeria, but do not feel it could pose a threat to the US Homeland.

The US intelligence Community seems to be under-estimating the potential of Boko Haram just it had under-estimated the potential of the LET till the 26/11 terrorist strikes in Mumbai. The death of OBL might have weakened Al-qaeda's senior leadership, but it has not weakened the jihadi virus and its trans-national carriers. 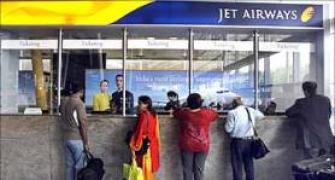