'Media used to praise me 24 hours': Rahul Gandhi on his image

Congress leader Rahul Gandhi on Sunday shared a 2.15-minute video clip in which he claimed to have revealed the truth about his image portrayed by the media and how the coverage turned from 24x7 praise in the initial years to personal attacks now. 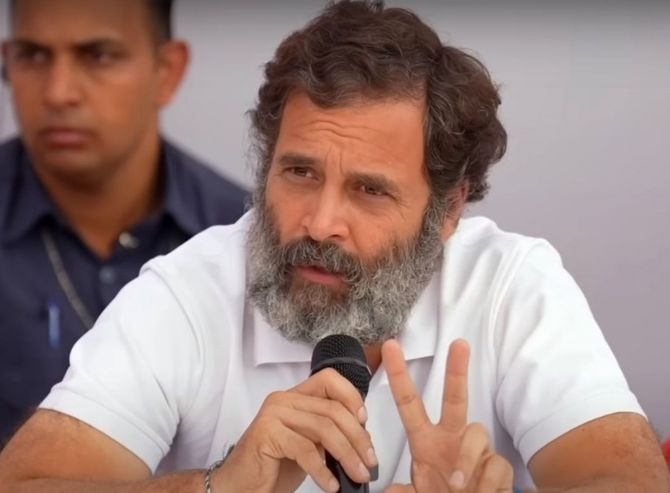 In the video clip shared on social media, 'What is the real truth of my media image', Gandhi said the truth has come out finally even though thousands of crores of rupees have been spent in destroying his image for years.

"From the time I first came into politics in 2004 to 2008-09, the entire media of India used to praise me 24 hours. Then I raised two issues -- Niyamgiri and Bhatta Parsaul (land acquisition matters). The moment I raised the question of land and the moment I started to defend the right of poor people on their land, is when this whole media tamasha starts," he says in the video clip which also contains images from his ongoing Bharat Jodo Yatra.

"We brought in PESA Act -- Panchayats (Extension to Scheduled Areas) Act -- for Adivasis, enacted forest rights act, brought the land acquisition bill, and thereafter all the media started writing against me 24 hours," he claimed.

"India's assets were transferred from the maharajas to the people of India through the Constitution and the BJP is reversing them now. Your assets are now being snatched away and are being sought to be given back to the maharajas," he alleged.

He said if the people of India, tribals and the poor stand united, the work will be very easy, but if they remain divided, then it is impossible fulfil the task.

Gandhi is currently undertaking the Bharat Jodo Yatra from Kanyakumari to Kashmir.

In the video clip, he said, "They spent thousands of crores to destroy my image and now people think it is harmful to me. The beauty of it is that it doesn't work. The truth has a nasty habit of poking its nose out from here and poking its nose out from there. So the amount of money that they use to destroy my image, they are giving me that much strength. Because the truth cannot be hidden or suppressed. If you fight with big powers, then there will be personal attacks," he said.

He claimed that he knows that when there are personal attacks against him, it shows he is doing something right.

"So I know when there is personal attack on me, I am doing the right work and am on the right direction. This, in a way, is my guru, as it teaches me that I have to go this way and not the other way. So I am advancing in my fight and if I am moving forward, then everything is fine," he claimed in the video.

The Bharat Jodo Yatra, which entered Rajasthan on Sunday, will cover a total distance of 3,570 km and conclude in January. 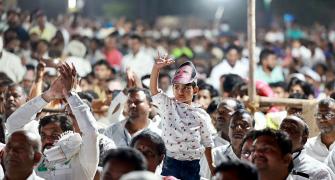 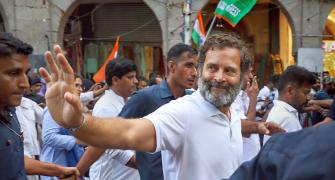 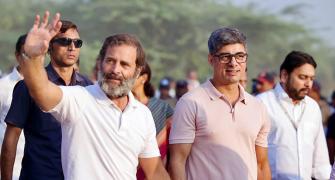 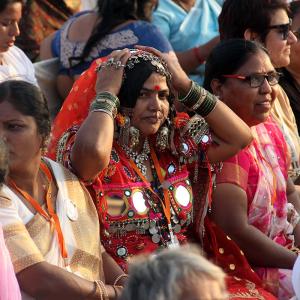