Union Home Minister Amit Shah on Sunday accused West Bengal Chief Minister Mamata Banerjee of working only for "welfare of the nephew" instead of well-being of the masses, and said she will have no one by her side by the time assembly elections are held. 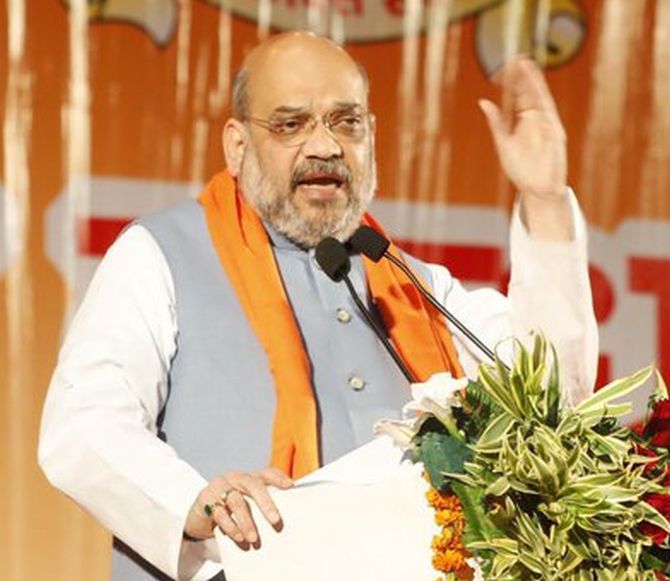 He said the agenda of the Trinamool Congress dispensation is to make the nephew the next chief minister of the state.

Pointing to spate of defections from the Trinamool Congress, Shah asserted that Banerjee will be left alone by the time assembly elections are held in the state.

Polls to 294-member Bengal assembly are expected to take place in April-May this year.

Several TMC leaders including one of the founding members of the party, Bani Singha Ray, shifted allegiance to the BJP at the rally, which was attended by newly inducted former TMC minister Rajib Banerjee and many others.

The TMC's slogan of "Maa, Mati, Manush" (mother, land and people) has been reduced to "dictatorship, tolabaji (extortion) and appeasement", Shah said while addressing the rally through video-conferencing in Howrah district.

The senior BJP leader who cancelled his two-day trip to Bengal at the last minute due to ongoing farmers protest in Delhi and explosion near Israeli embassy, however, kept his date with the rally by addressing it virtually.

Shah is making all efforts to realise BJP's "mission Bengal" by throwing TMC out of power in the state.

Lashing out at "dynastic politics" in the TMC, Shah alleged that Banerjee has been working towards the "nephew's welfare" rather than the well-being of the masses.

"Wherever under the leadership of Prime Minister Modi ji, NDA has formed the government in the states they are working towards 'Jan Kalyan' (welfare of the masses) to provide services at doorsteps, but here in Bengal the only agenda of the Mamata Banerjee dispensation is to ensure that the nephew becomes the next chief minister.

"The government of Mamata didi is busy towards 'Bhatija Kalyan' (welfare of the nephew) in Bengal. The welfare of the masses is not the agenda of the TMC government," he said without naming anyone.

While inducting the new entrants into the party, Shah said the situation in Bengal under Banerjee's rule was worse than the erstwhile Left regime.

"TMC formed the government after fighting the Left parties, 10 years ago, with Mamata didi promising transformation in the state with the slogan 'Maa Maati Manush'. What changed in the 10 years that so many people are leaving TMC?"

"Mamata Banerjee should think over why so many TMC leaders are joining BJP. It is because she has failed the people of the state.

"The way leaders are deserting party by the time elections arrive, Mamata Banerjee will be left alone," Shah said, taking a swipe at the TMC supremo.

Slamming the chief minister for not being serious about implementing the PM Kisan Samman Nidhi, Shah said the state government has not sent any details to the Centre.

"Initially Mamata didi did not allow implementation of PM Kisan scheme in Bengal. When she realised that the farmers are angry as they have been deprived of the benefits. She agreed.

Shah, assailed the West Bengal government, for not allowing Ayushman Bharat yojna in the state, and asserted that once the saffron party forms the government, it will propose in its very first cabinet meeting that the benefit of the health scheme is provided to all the eligible poor of Bengal.

"Mamata didi's government has blood-soaked the land of Bengal. The TMC can never stop infiltration as it has allowed it in the state. Only a BJP government formed under the leadership of Narendra Modi can stop it," he said.

Shah said the BJP will take Bengal to the development path and usher in "Sonar Bangla" (golden Bengal). 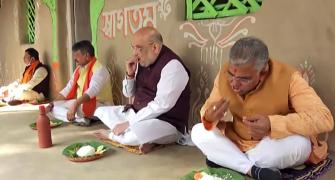 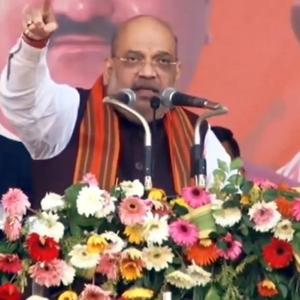 When polls arrive Mamata will be alone in TMC: Shah