West Bengal Chief Minister Mamata Banerjee on Wednesday slammed the Centre for "victimising" her former top bureaucrat Alapan Bandyopadhyay, against whom the Union government has initiated penalty proceedings that could deprive him of post-retirement benefits. Banerjee said that IAS and IPS officers of the country are in solidarity with the former West Bengal chief secretary, as it is the "battle of every bureaucrat".

"The Centre must realise it is victimising an official who lost his brother, nephew and mother within a span of 15-20 days... and he is in mental agony because he has worked for the country all his life, and now he is being treated in such a manner... This is irresponsible behaviour and we will not allow this," she told reporters.

The Department of Personnel and Training has sent Bandyopadhyay, now an advisor to the chief minister, a "memorandum" mentioning the charges and giving him 30 days to reply, officials had said on Monday.

He has been warned of major penalty proceedings, which allows the central government to withhold pension or gratuity, or both, either in full or in part.

The CM said Bandyopadhyay, a 1987-batch IAS officer (retired), has always worked with dedication, determination and devotion, and he is authorised to take any action as part of his response to the Centre.

"Our government will give him full support," Banerjee asserted.

She also said the Union government is not abiding by the law in its actions against Bandyopadhyay.

"You cannot forcibly change rules because the country has a Constitution. It (central government) is turning into a selfish giant... Former Prime Minister Rajiv Gandhi and the Congress party, too, had a massive majority, but even he had never done something like this," Banerjee said.

The Centre had on May 28 sought services of Bandyopadhyay, barely a few days after he was given a three-month extension beyond the date of his superannuation (May 31), and asked the state government to relieve him immediately with a direction to him to report at DoPT, New Delhi.

The DoPT had sent him a reminder after he failed to report in response to its May 28 order.

As the tussle between the Centre and the state continued over the order, Mamata Banerjee on May 31 said that Bandyopadhyay has "retired" and been appointed as her advisor for three years. 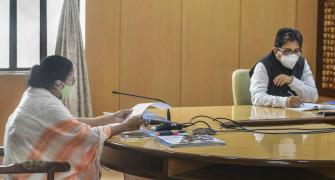 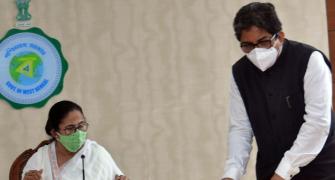 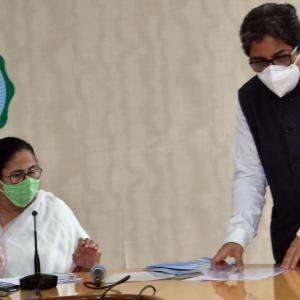 Explained: What happens next in WB chief secretary row 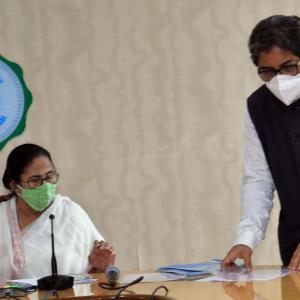