Maharashtra has lost a sensible and cultured chief minister in Uddhav Thackeray who has stepped down gracefully, Shiv Sena MP Sanjay Raut said on Wednesday night. Stating that he was not interested "in playing the numbers' game," Thackeray on Wednesday night said he was resigning as the chief minister.

"The chief minister (Uddhav Thackeray) has gracefully stepped down. We have lost a sensible and cultured chief minister," Raut tweeted.

He said they will take forward the legacy of Shiv Sena founder Bal Thackeray and are ready to go to jail.

"The end of traitors is never good and history can prove this. Now, it is the beginning of a massive win of Shiv Sena. We will face the baton, go to jail but will keep alive Balasaheb Thackeray's Shiv Sena," he said.

Raut also said he was grateful to Nationalist Congress Party chief Sharad Pawar for persuading Uddhav, son of Bal Thackeray, to take charge as the CM in 2019.

"Pawar provided his guidance. When his (Uddhav Thackeray's) own people (rebel Sena MLAs) were backstabbing him, Pawar remained firmly behind Uddhav," he said.

Raut added that Congress leaders always remained with the government.

"Power comes and goes, and nobody is here permanently to remain in power".

He also said that there will be justice for sure.

"It is time for a fire test. These days shall pass soon," Raut added.

Earlier, he had said that Thackeray is not a quitter and he will fight till the end.

He asserted that Shiv Sena will rise again and a Shiv Sainik will become a chief minister again.

"Uddhav Thackeray is our leader. The kind of support he has..He will fight till the end,” Raut said.

Without naming the BJP, Raut said those who want to grab power can do so but the future will belong to Shiv Sena.

Chairing a cabinet meeting while the Supreme Court was hearing the Shiv Sena's petition challenging the floor test, Thackeray had said in the evening that he was betrayed by his own people.

To this, Raut said Thackeray's comments brought tears to his eyes. 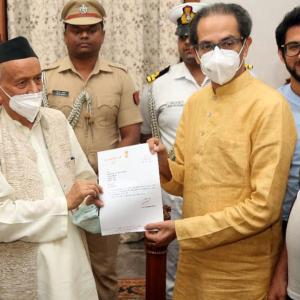 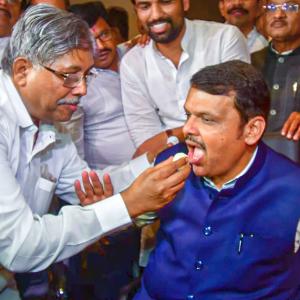