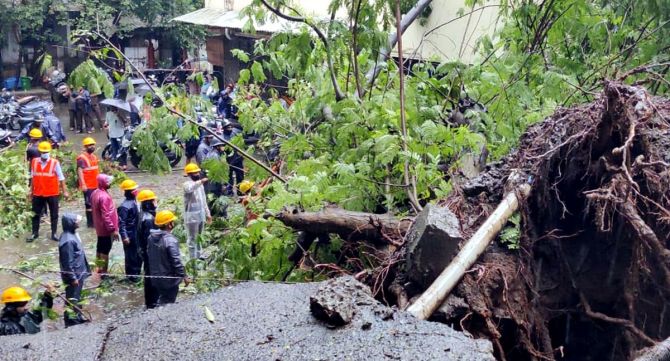 Teams of the National Disaster Response Force (NDRF) were roped in to rescue hundreds of stranded people, they said.

Train services on the Konkan Railway route in Maharashtra's Ratnagiri district were suspended on Thursday morning over a river overflowed following heavy rains in the area, an official said.

Regulating trains means they have been either rerouted, short-terminated or cancelled.

Water level at the Vashishti river bridge between Chiplun and Kamathe stations in Ratnagiri has risen above the danger mark after the heavy downpour, the official said.

"In view of the safety of passengers, train services in this section are suspended temporarily," he said.

At Umbermali station near Kasara, rail tracks were 'submerged up to the platform level' and there were boulder crashes in the Ghat section.

"Train services were suspended," district authorities said, adding that work to remove the boulders was underway.

A bridge at Sapgaon in Sahapur taluka of Thane suffered extensive damage due to the heavy downpour, tehsildar (revenue officer) Nilima Suryavanshi said, adding that no one was injured and traffic movement on the bridge was suspended.

The Modak Sagar dam in Sahapur started overflowing at 3.24 am on Thursday and two of its gates were opened to release the water, a message from the district headquarters said.

Some villages in the Sahapur taluka were marooned, Suryavanshi said, adding that local authorities with the help of the NDRF rescued hundreds of people from those places.

In Bhatsai village, which is located on a hillock, stranded people could not come out and were shifted to a school in the locality, she said.

In Vashind near Sahapur, flood waters entered a housing complex and its residents were shifted to a zilla parishad school with the help of the NDRF, the official said.

In Cherpoli, some stranded people were rescued with the help of boats, she said.

In Bhiwandi taluka of Thane, a number of people stranded in the water-logged areas of Padgha, Kawad, Ganesh Nagar and Khairpada were rescued with the help of the NDRF and the Thane Disaster Response Force teams, tehsildar Adik Patil said.

A number of people were also rescued from flooded localities near the banks of the Kamwari river in Bhiwandi, another official said.

In Badlapur Wangni, 10 people and 70 animals were rescued from an ashram, officials said.

Besides, people stranded in some inundated areas of Kasara and Titwala in Thane were also shifted to zilla parishad schools, they said.

Thane's regional disaster management cell chief Santosh Kadam said they received 34 calls of tree falls in the city, but no one was injured in the incidents.

As a precautionary measure, residents of six houses there were shifted, the official said.

Water entered some houses at Ganesh Nagar in the wee hours and around 40 people were later rescued from there by the disaster response teams, Kadam said.

The Nashik-Jawhar route was closed following a landslide and operations there are likely to resume by Thursday evening, Palghar Collector Dr Manik Gursal said in a message, and asked people to use the Trambak-Deogaon-Khodala route.

Various places witnessed flooding in Vasai, Virar and other locations in Palghar, but no loss of life was reported so far, officials said. 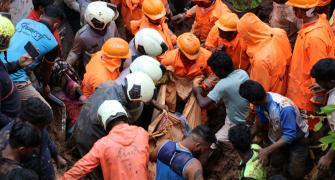 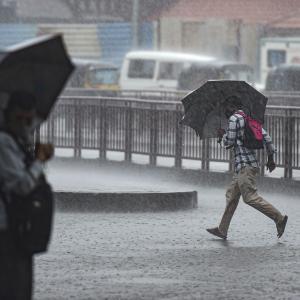