A 40-year-old Mandrake, who tried to do tricks like legendary magician of escape games Harry Houdini, drowned in river Hooghly while trying to perform an underwater live stunt on Sunday. 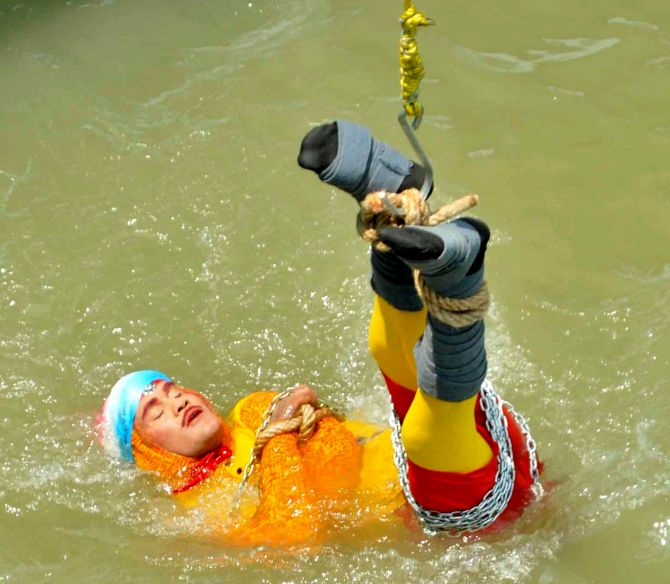 IMAGE: Chanchal Lahiri, a magician, is lowered into the Hooghly river. The wizard mandrake was trying to do the escape act popularised by American stunt performer Harry Houdini around 100 years back. Photograph: Reuters

Eyewitnesses said Chanchal Lahiri, who was lowered into the river standing in a six-foot tall cage having six locks, from Millenium Park for the underwater escape act, disappeared near pillar number 28 of the Howrah Bridge.

Lahiri, a resident of southern suburbs of Kolkata, had done the same trick in 2013 in same Hooghly river, but this time he ran out of luck and drowned.

Six years back, people watching his stunt show had reportedly assaulted him after seeing through his trick.

The wizard mandrake was trying to do the escape act popularised by American stunt performer Harry Houdini around 100 years back.

The police along with Disaster Management Group began a search for him on Sunday after receiving information that he did not emerge from the river.

"We tried to spot him. But it seems the stream has swept him away. Our divers dived deep, but could not locate him.

Lahiri had taken permission from both Kolkata Police and the Kolkata Port Trust, police said.

"He had mentioned the act was to happen in a boat or vessel and there was no connection with water. Hence we allowed him permission.

"However, he vaguely mentioned an 'extra act' which he did not clarify. We are investigating," a senior police officer said.

Lahiri took a ferry from Fairly Place Ghat around noon to perform the magic, an onlooker said.

"The magic that Lahiri was to perform was very risky and complicated," he said.

He was not only to be blindfolded, but his hands and legs were also to be tied up. He was to be picked up in that position from the boat by a crane, stationed on the Howrah Bridge, that would in turn lower him into the river. The magic was that he would come up from the water, by untying himself on his own.

Accordingly, he went to the middle of the river just underneath the bridge from where he was picked up by the crane and thrown into the river near pillar number 28 of the bridge.

The spectators who had gathered to cheer him started to panic as it was more than 10 minutes and Lahiri was not coming out of water.

Some of the spectators called up the local North Port police station for help. Policemen rushed to the spot along with Disaster Management Group and started a search for Lahiri.

This was not Lahiri's first misadventure. He had declared a decade ago that he would walk on the river, but had to beat a hasty retreat when the act went wrong. 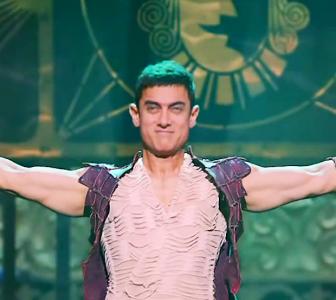 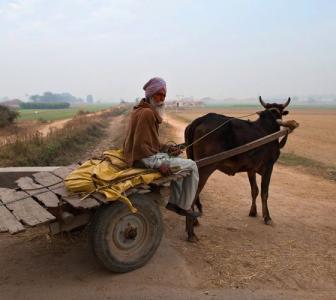 1406 km through Punjab: In the city of the magician

'Had I used magic tricks, we would have gone far'