Lok Sabha on Monday passed the bill amending the Right To Information Act, amid objections by the Opposition which alleged that it was an attempt to undermine the law and make the transparency panel a "toothless tiger". 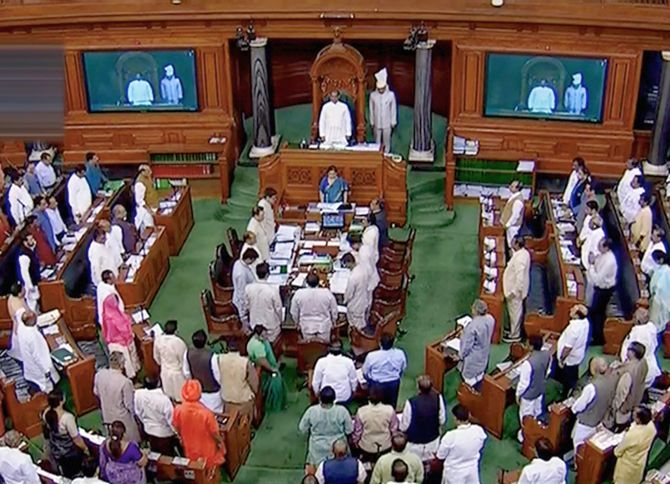 The Right to Information (Amendment) Bill, 2019, seeks to give the government powers to fix salaries, tenures and other terms and conditions of employment of information commissioners.

Rejecting the opposition's charge that the bill will weaken the act, the government said it was fully committed to transparency and autonomy of the institution.

Replying to a debate on the bill, minister of state for personnel Jitendra Singh said the bill aims at institutionalisation, streamlining and ease of delivery of RTI services.

Several members of opposition including from the Bahujan Samaj Party and the Trinamool Congress opposed consideration and passage of the bill and called for a division of votes. But they were defeated by 218-79 votes.

After this the leader of principal opposition party Congress, Adhir Ranjan Chowdhury, sought a clarification which was disallowed by the speaker.

Unhappy with this, members of the opposition parties staged a walk out.

The bill was later passed by voice vote.

Pointing out that the existing legislation has certain gaps, Singh said the amendments seek to address them.

There was no provision to frame rules and this bill will address that, he said.

"Without amending Section 27, you cannot frame rules," he said, adding, Section 12 (4) which deals with the autonomy has been left untouched.

With regard to Section 13 (5) which deals with salaries, allowances and other terms and conditions of the service of the Chief Information Commissioner, he said the government is yet to deliberate on salaries.

He said it strengthens the overall RTI structure and described it as an enabling legislation for administration purposes.

"This government is absolutely committed to full transparency and autonomy," he said.

Leading the opposition charge during the debate on the bill, Congress MP Shashi Tharoor said that under the proposed changes the government can hire and fire independent information commissioners.

"It is not amendment bill but elimination bill," he said.

The act was a monumental achievement for the country's democracy and it challenged the vested interests of the government, the former Union minister said.

He questioned why the bill has been brought "without any public consultation".

"Why is the government desperate to rush through the bill? Is it because the Central Information Commission delivered an order on the Prime Minister's educational detail," Tharoor asked.

"The Right to Information (Amendment) Bill, 2019 is a deliberate attempt to undermine theI Act and make it toothless tiger like National Human Rights Commission," he alleged.

Dravida Munnetra Kazhagam MP A Raja said due to the proposed amendments, the information commissioner is going to be a "house maid" (of the government).

Demanding withdrawal of the bill, Congress MP Karti Chidambaram took a swipe at the government, saying it should not use its 303 MPs in the the House to give a "death sentence" to the spirit ofI.

"I hope the government will not use '303' to massacre the spirit of RTI. I request you to withdraw the bill," Chidambaram said, referring to the BJP's strength in Lok Sabha.

All India Majlis-e-Ittehadul Muslimeen MP Asaduddin Owaisi was equally scathing in his criticism as he alleged that the government was "afraid of the Rs 10 request of a garib chowkidar" through which he can get
information about its functioning.

Owaisi was referring to Rs 10 application through which a person can apply for RTI.

He said the bill's aim is "Modi-fication of RTI".

Describing the introduction of the bill in Lok Sabha as "blackest day" in the history of Parliament, Revolutionary Socialist Party MP N K Premachandran said it is an insult to the House.

"The legislative supremacy of Parliament has been taken over by executive," he alleged.

Premchandran said the bill was brought in haste and not enough time was given to the MPs for studying it.

YSR Congress Party MP Raghurama Krishnam Raju urged the government to give clarity on the status of Chief Information Commissioner and information commissioners.

Supporting the bill, he said that the state autonomy should be retained.

Raju said that a number ofI activists have been killed and there was a need to ensure their protection.

Union minister Jitendra Singh, however, said that the opposition is "misguiding" the people by saying that the government wants to weaken the RTI Act by bringing the bill.

"From the beginning of its first term in 2014, the Modi government has brought transparency in governance for greater public participation," Singh said.

The government has nothing to hide and works on the principle of minimum government and maximum governance, the minister asserted.

Citing example, he said, the government has since 2014 eliminated 1,500 obsolete legislations and rules to bring ease of living.

With regard to increase in grievances, he said, it is true that it has risen to 16 lakh because people have confidence that their problems will be resolved.

With regard to pendency, he said, it has been coming down year after year. 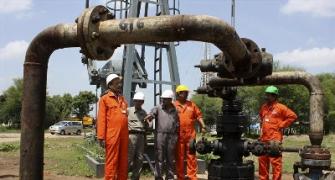 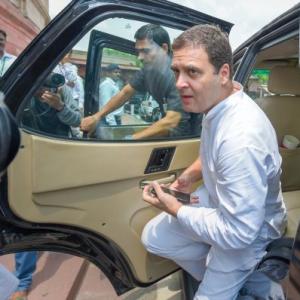