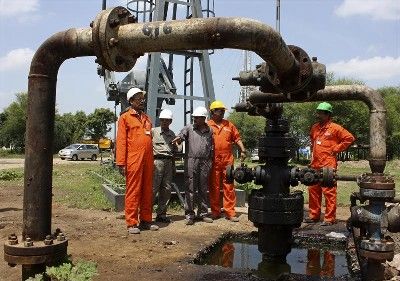 Budding RTI activist from Chennai files request with ONGC.
Instead of response, the police comes asking about her.
Rediff.com's A Ganesh Nadar reports.

R Vijayalakshmi, 39, a first-time RTI activist from Chennai, could not have imagined the chain of events that followed after she sent a couple of Right To Information requests to the Oil and Natural Gas Corporation.

In her RTI plea Vijayalakshmi wanted to know about environmental clearances, licences to establish exploratory or production wells and licences to operate them, reports of analyses of air and water quality, environmental impact assessments, data on total number of wells in the Cauvery delta and the break-up of the number of wells currently in operation, and the number that have been abandoned or closed.

But the matter did not end there.

In her RTI application Vijayalakshmi had given the address of the Chennai Solidarity Group where she has been a volunteer for the past six months.

After she filed her RTI request the Chennai Solidarity Group office was visited six times by the police -- thrice by the state police CID and thrice by the Intelligence Bureau.

"One CID sub-inspector spoke to me at length over the phone and asked me for Vijayalakshmi's personal details," Nityanand Jayaraman, the social activist who leads the Chennai Solidarity Group, tells Rediff.com.

"I refused saying they don't concern you, but I told him about the RTI request."

The sub-inspector reportedly said that Vijayalakshmi had sought information about ONGC, and that the government was looking into the possible role of anti-national actors in the request!

Later, a lady police officer visited the Chennai Solidarity Group office asking for Vijayalakshmi and in her absence met CSG office manager Krishnan and questioned him about her.

"There was an oil leakage in Kathiramangalam village where ONGC operates," says Jayaraman. "The oil had entered an organic farm and also seeped into the ground water. We at Chennai Solidarity Group visited the site, collected water samples, had them analysed and published our results."

"We wanted to know about ONGC activities in the area which is in the Cauvery delta and known as the rice bowl of Tamil Nadu. Normally, environmental clearance certificates are published on the organiSation's Web site as it is information meant for the public. But the ONGC Web site does not show any such certificates," Jayaraman points out, "so we asked the ONGC for it."

"We also asked the Tamil Nadu Pollution Control Board about what clearances it had given ONGC. What is anti-national about this?" Jayaraman asks.

ONGC officials told a local newspaper that the corporation did not reveal the RTI applicant's name to the police.

In which case, Jayaraman says, the state police must have obtained the information from the TNPCB, and ONGC must have spoken to IB agents.

In a conversation with this correspondent she denied speaking to anyone, including the media, about her RTI requests before being hounded by the police. "They did not get my name from the media," she says.

"The least they can do is to write to the police and the home ministry telling them this sort of behaviour is not acceptable," Gandhi says. "They should do it immediately to avoid further harassment of the applicant." 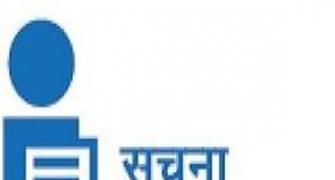 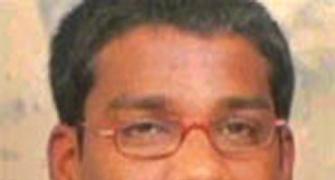