One person was injured in a low-intensity explosion that took place inside courtroom 102 in Rohini district court on Thursday morning, fire officials said. 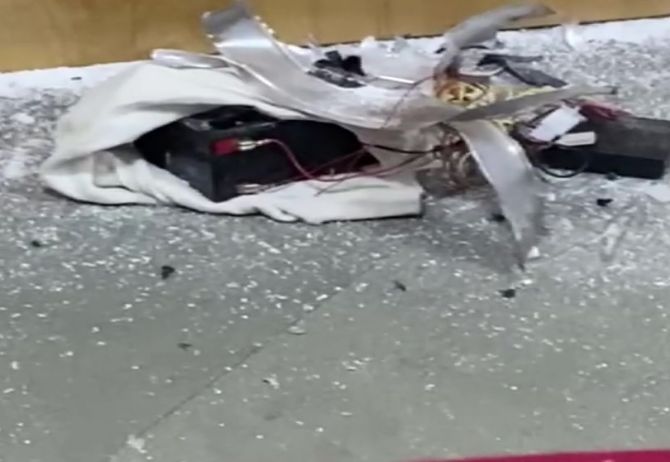 IMAGE: As per DCP Pranav Tayal, the suspicious explosion at the Rohini Court today happened in a laptop bag, while a court proceeding was underway. Photograph: ANI Photo Twitter

According to the Delhi Police PRO, a laptop bag is likely to be the source of the explosion which occurred around 10.30 am.

"The spot has been cordoned off. Forensic and NSG teams are inspecting and examining it," the PRO said.

Proceedings in the court have been suspended.

The fire officials said they received information about the explosion at 10.40 am, following which seven fire tenders were rushed to the spot.

The incident comes months after jailed gangster Jitendra Gogi was shot dead by two men, who were dressed as lawyers, inside a Rohini courtroom on September 24, with police in retaliatory fire killing the assailants, who were from the slain gangster's rival Tillu gang. Delhi HC on its own begins hearing into court shootout