LJP may put up candidates against JD-U in Bihar poll

The expected entry of former chief minister Jitan Ram Manjhi in the National Democratic Alliance ahead of the Bihar assembly polls has added to disquiet within another NDA constituent Lok Janshakti Party, which has called a meeting of its state parliamentary board next week. 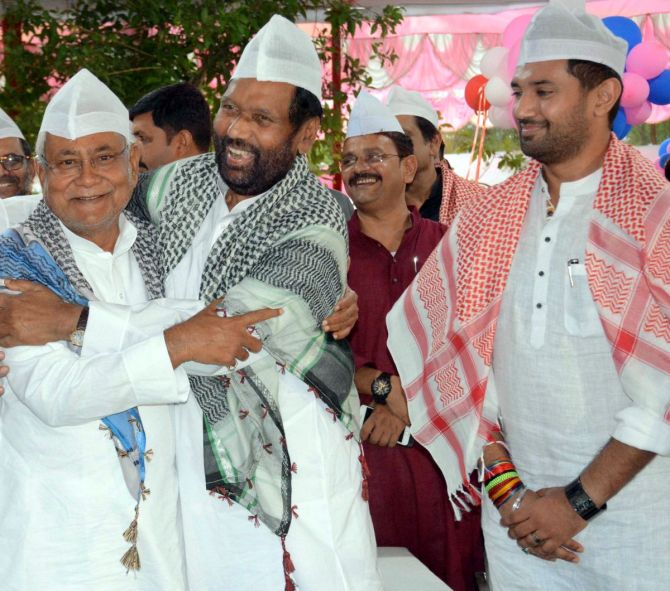 In an indication of the LJP's worsening relations with chief minister Nitish Kumar-led Janata Dal-United, party sources said the main item on the agenda when its board members meet on September 7 is whether to put up its candidates against the JD-U.

The Chirag Paswan-headed party has so far refrained from targeting the Bharatiya Janata Party and has been even praising Prime Minister Narendra Modi's leadership while keeping Kumar in its crosshairs.

"We are definitely considering putting up our candidates in seats where the JD-U will contest," said an LJP leader.

Paswan declined to comment on the matter but added that his party will take its decisions at an appropriate time.

"I am focussed on preparing my party for the polls. Whatever decisions are to be taken in the interest of my party will be taken at an appropriate time," he said.

Manjhi has been meeting Kumar, who has taken the lead in bringing his former rival into the ruling alliance.

The BJP, another main NDA constituent, has already announced that Kumar will the alliance's chief ministerial candidate.

While the relation between the LJP, whose founder Ram Vilas Paswan is a minister in the Modi government, and the JD-U has long been far from smooth, Manjhi's entry in the NDA has added to its pique against the JD-U.

Manjhi, who comes from Scheduled Castes like Paswan, has a history of attacking the LJP leadership in his bid to project himself as a leader of Dalits in the state.

His electoral performance has been, however, poor as his party could win only one seat in the 2015 assembly polls as a BJP ally and drew a blank in the 2019 Lok Sabha elections as a RJD-Congress ally.

The LJP believes that Kumar has brought Manjhi in the NDA to corner it as it has been the main party identified with Dalits in the alliance.

The BJP has so far refused to take sides in the feud between the two parties and played down their differences, insisting that the NDA is intact and will fight the assembly polls, expected in October-November, together.

There is likely to be much heartburn in the alliance during the seat-sharing talks among its partners for the elections to the 243-seat assembly.

The JD-U, which is peeved with the LJP over Chirag Paswan's frequent swipes at the Kumar-led government, has claimed that its alliance has been traditionally with the BJP, and it will not directly engage with the LJP over the distribution of seats.

BJP sources have played down the increasing aggression shown by the LJP, insisting that a fair distribution of seats among all allies will end the differences. 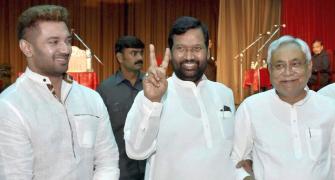 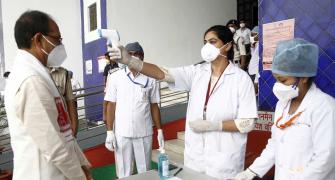