Let Oppn have its say in Parliament: Naidu's advice to govt

Outgoing Vice President M Venkaiah Naidu Monday had a word of advice for the government and the Opposition when he said in a democracy, there should be tolerance towards people's mandate and members of the treasury benches in Parliament should let the other side have its say. 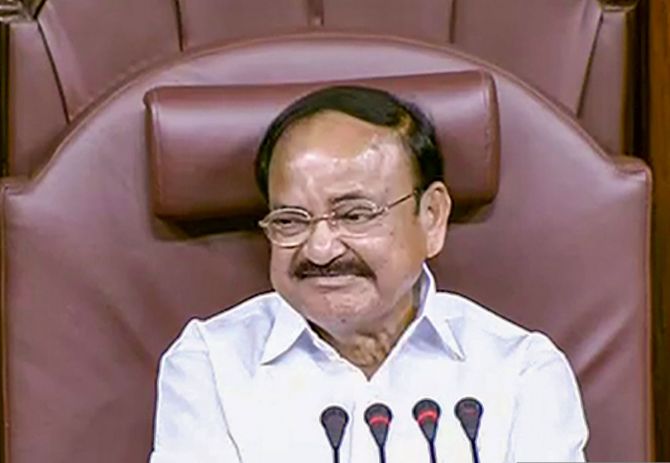 Naidu said this while addressing his farewell function organised by the members of Parliament in the Parliament House complex.

He underlined the need for patience in political life and said those seeking a change of guard should go back to the people to achieve it. "If you don't have patience, you will become a patient," he said.

The Rajya Sabha chairman also said the government, despite having a majority, should give respect to the Opposition.

"Let the Opposition have its say, then the government will have its way because it has the majority....This is my advice," he said.

In his address, he recalled his association with BJP veterans Atal Bihari Vajpayee and L K Advani, saying he considers them as "next to god".

The vice president said he is proud of his humble background as he comes from a farmer family -- "kisan" -- and recalled how he had to walk for kilometres to reach school.

Naidu said whatever feedback he gets from the people, he passes it on to the prime minister. He said he cannot breach protocol and only informs the PM of the inputs.

Referring to the growth story of India, the outgoing vice president said some people are unable to "digest" the growth of the country. Some of the western countries are unable to digest the fact and suffer from "indigestion", he said.

A farewell message on behalf of the Rajya Sabha members was presented to Naidu by Harivansh.

In the message, the members of the Upper House said: "As an immaculate wordsmith, you (Naidu) have often added a dash of humour when tensions ran high by weaving words together in a rhyming but meaningful way. Your oratorical brilliance laced with instant wit and humour makes you one of the finest speakers we have witnessed in our parliamentary polity in recent times."

"Sir, we are beholden to you for deftly steering the functioning of the House during the unprecedented Covid pandemic. Your concerns in ensuring our personal health and safety during the difficult time while making the House functional will be remembered for times to come," it read. 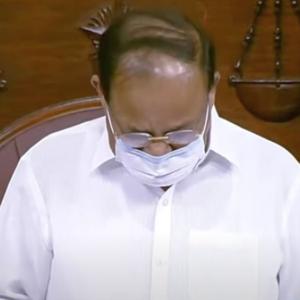