Leh-based Fire and Fury Corps of Army gets new head 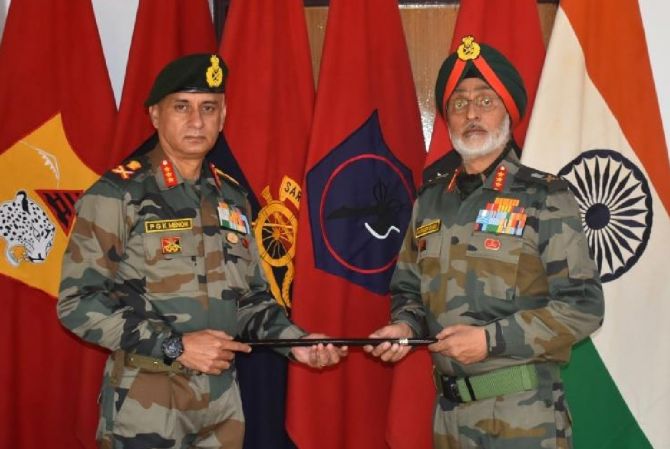 The officer commanded a Rashtriya Rifles unit in the Kashmir valley, an Infantry Brigade along the Line of Control in Jammu and Kashmir and an Infantry Division in the Eastern Sector, he said.

"The General Officer has had a distinguished career in the Indian Army, tenating a number of important command and staff appointments," the spokesperson said.

Before assuming command of the Fire and Fury Corps, Lt Gen Menon was tenating the appointment of Director General, Recruiting at New Delhi.

Lt Gen Menon exhorted all ranks to continue to discharge their duties with the same commitment and zeal and always be prepared to deal with any threat to national security, the spokesperson said.

He urged them to continue to keep 'Nation First' in all their endeavours.

Lt Gen Menon succeeded Lt Gen Harinder Singh, who in his farewell message conveyed his gratitude and deep appreciation to all ranks of the Fire and Fury Corps for their professionalism and steadfast dedication in the service of the nation even in the most hostile terrain, weather and altitude challenges faced by any army in the world.