Congress Lok Sabha leader Adhir Ranjan Chowdhury on Wednesday slammed party colleague Kapil Sibal over his Bihar poll debacle introspection remark, saying those unhappy with the party's functioning are free to leave instead of embarrassing it in public. 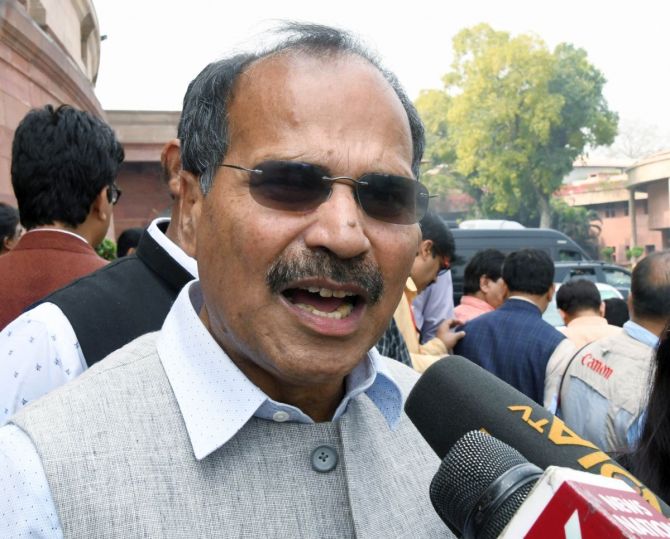 Chowdhury stung Sibal for "giving sermons from AC rooms" and said disgruntled members may join other parties or float their own outfits.

Wondering why Sibal was not seen campaigning for the Congress during the Bihar elections, the party's West Bengal chief said, "Speaking without doing anything doesn't mean introspection."

"Kapil Sibal could have raised the issues inside a party forum instead of making such embarrassing remarks in public. He is a senior leader and has access to the party's top brass. Those who are unhappy with the functioning of the party have the freedom to form a new party or join one if they feel that the Congress is not the right place for them," Chowdhury, a member of the Congress Working Committee, told reporters in olkata.

His comments came in the backdrop of Sibal criticising the Congress leadership for the party's abysmal performance in the Bihar elections, where it bagged only 19 of the 70 seats it contested.

Sibal was part of a group of 23 senior Congress leaders who had written to party chief Sonia Gandhi in August, giving suggestions on ways to revive the grand old party.

"He seems to be very concerned about the Congress and its need for introspection. Earlier also he had spoken about it in public. But he was not seen campaigning for the party in the elections in Bihar or other states that went to polls last year.

After the 2019 poll debacle, Rahul Gandhi stepped down as the party chief and now nobody can question the intention of Rahul Gandhi or Sonia Gandhi. They also offered that someone from outside the Gandhi-Nehru family should lead the party, the Baharampur MP said.

Senior Congress leader from Bihar, Tariq Anwar, an AICC general secretary, had earlier called for introspection and said the RJD-led Grand Alliance failed to form the government in the state due to the poor performance of the grand old party in the elections.

Apart from Chowdhury, other senior Congress leaders have also lashed out at those calling for introspection.

Earlier, Rajasthan chief minister and senior Congress leader Ashok Gehlot had criticised Sibal, saying his statements had hurt the sentiments of party workers across the country.

Senior Congress leader Salman Khurshid has termed the party colleagues calling for introspection as "doubting Thomases" and said they suffer from periodic pangs of anxiety.

"When we do well, admittedly somewhat infrequently, they take it for granted. But when we underperform, not even do badly, they are quick to bite their nails," Khurshid said in a Facebook post. 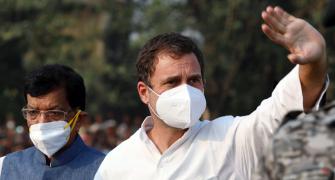 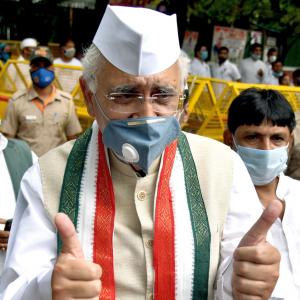