United States President-elect Joseph Biden has always been a strong supporter of India and India-US partnership since his days in Senate and later as a Vice-President. 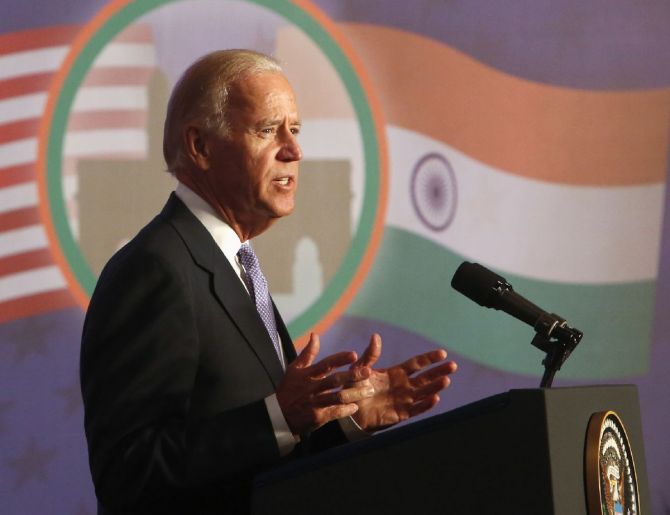 IMAGE: Joe Biden delivers an address at the Bombay Stock Exchange (BSE) in Mumbai, when he visited India as US Vice President, on July 24, 2013. Photograph: Vivek Prakash

As two mature and vibrant democracies, India and the United States are natural partners with shared values.

Driven by a convergence of interests, the India-US bilateral relationship rests on a strong foundation, encompassing cooperation in every possible sphere, including strategic, political, defence, security, economic and commercial, energy, education, healthcare, space, and so on.

As a senator, and as the chairman of the Senate Foreign Relations Committee, he consistently lent his support to several resolutions in support of India.

In August 2001, as a senator Biden -- who was also the chairman of the Senate Foreign Relations Committee -- wrote a letter to President George W Bush calling on the new administration to unilaterally drop the US sanctions against India.

As the chairman of the Senate Foreign Relations Committee, Biden worked towards the US Senate's approval of the US-India Civil Nuclear Agreement in 2008, and co-sponsored several legislations on countering terrorism.

When India and the US began negotiations under President Bush and then Indian Prime Minister Dr Manmohan Singh to conclude a civilian nuclear deal, then senator Biden was a critical ally of India in the Senate.

He travelled to India (with then senators Chuck Hagel and John Kerry) in early 2008 before the US Congress approved the nuclear deal with India.

He was a consistent proponent of the deal and certainly was critical to its success.

Biden was supportive of India's aspiration to play a more active role in the global arena and called for a new framework that would give a 'seat at the high table' to all major players in Asia, including India.

Prime Minister Narendra Modi also had an excellent rapport with the US administration under the Democrats, led by President Barack Obama and vice-president Joe Biden during 2009-2016. President Obama visited India in 2010.

As a vice-president, Biden came to India from July 22-25 in 2013 on a four-day official visit, accompanied by his wife Jill.

He also visited Mumbai to meet business leaders at a round table and delivered a policy speech at the Bombay Stock Exchange.

When Prime Minister Modi visited the US in September 2014, Biden hosted lunch for him.

He chaired a Joint Session of the Congress in June 2016, which was addressed by PM Modi.

The Obama-Biden administration named India as a 'Major Defence Partner' in 2016 that allowed India to be treated on par with other close partners of the United States in terms of access to advance and sensitive military technologies.

Obama-Biden administration had also supported India's claim to permanent membership of the United Nations Security Council and call for co-operation to fight terrorism underlining that 'there can be no tolerance for terrorism in South-Asia -- cross border or otherwise'.

In his campaign documents this year, Biden reiterated his vision for the US-India partnership.

In the run-up to the elections on August 15, Biden spoke of the 'special bond' between India and the United States, which had deepened over the years.

He spoke of standing with India in facing threats in the region and on its borders and highlighted that the world would be a safer place if the two countries came closer together.

He also called for expanding two-way trade and tackling big global challenges, including climate change and global health security together with India. 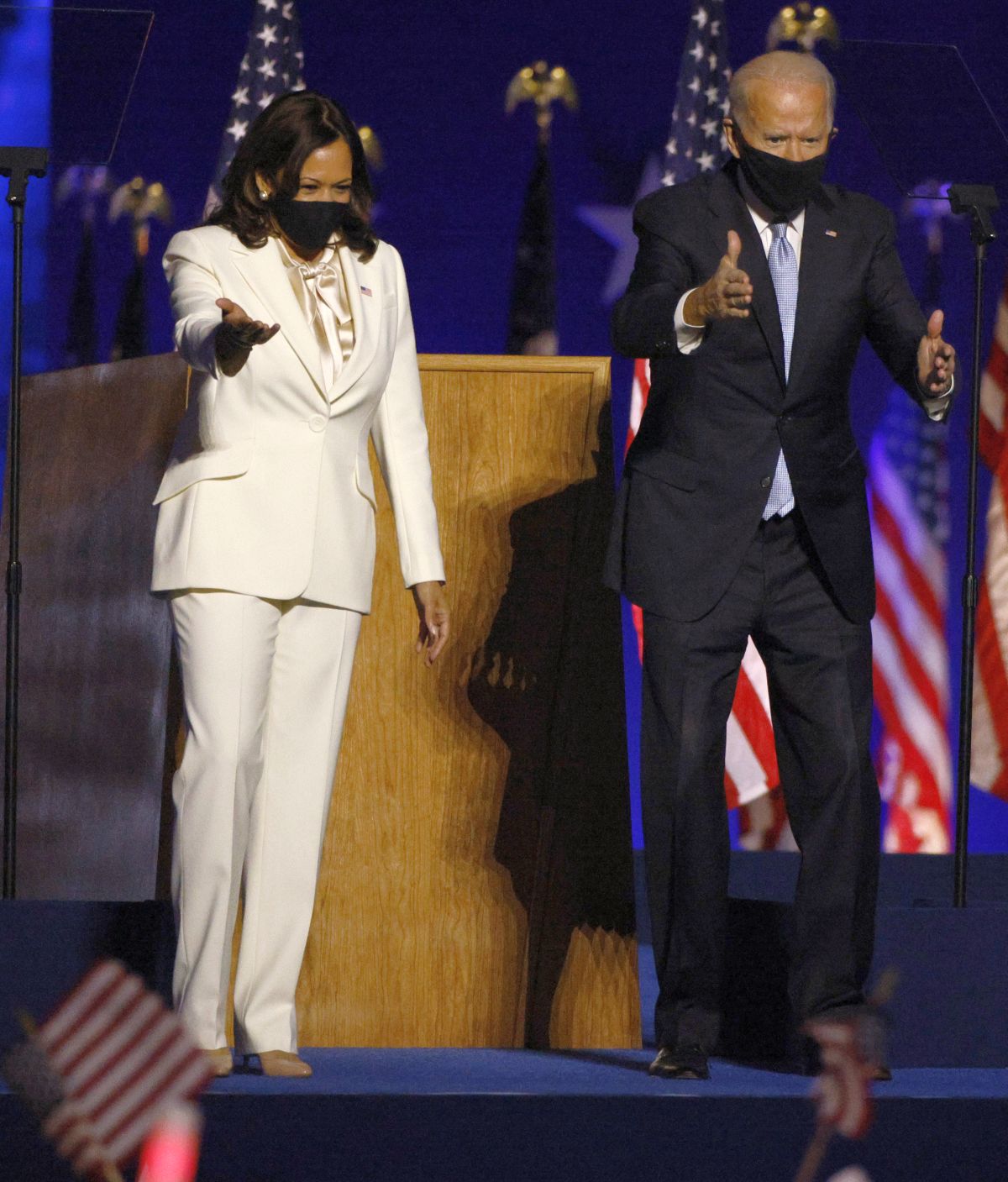