The Supreme Court on Friday said it has received a report from the Chief Justice of Jammu and Kashmir high court and it does not support claims that people in Kashmir Valley are unable to access the court there. Senior advocate Huzefa Ahmadi, representing child right activists Enakshi Ganguly and Shanta Sinha who have filed a plea alleging detention of children in Kashmir following the abrogation of Article 370, had on September 16 told the apex court that people in the Valley are "not able to approach" the high court there.

The bench had then sought a report from the Chief Justice of Jammu and Kashmir on the issue.

"We have received a report from the Chief Justice (of Jammu and Kashmir high court) which does not support your statement," a bench headed by Chief Justice Ranjan Gogoi told Ahmadi at the outset on Friday.

The bench, also comprising justices S A Bobde and S A Nazeer, said it has received some "conflicting reports" on the issue but it do not intend to comment on them at this stage.

However, the top court said it would entertain the plea filed by the two child rights activists as it raises "substantial issues and pertains to alleged detention of children".

The bench directed the Juvenile Justice Committee of the Jammu and Kashmir high court to file a report before it within a week on the issue raised in the petition.

Solicitor General Tushar Mehta, appearing for Jammu and Kashmir administration, told the bench that when the authorities found that one of the detenue was a juvenile, his matter was immediately referred to the juvenile justice board.

"It (petition) raises substantial issues which are beyond any individual," the bench told Mehta.

The top court posted the matter for hearing after two weeks.

The top court had on September 16 termed as "very very serious" the claim that people are finding it difficult to approach the Jammu and Kashmir High Court and asked the Chief Justice there to "forthwith" submit a report in this regard.

The CJI had then said that he would himself visit Srinagar, if required, and he would also speak to the chief justice of high court about this.

The apex court was hearing a public interest litigation seeking its intervention on the issue of alleged detention of children in Kashmir.

Mehta had earlier told the bench that all the courts in the state are functioning and even the Lok Adalats have been conducted there.

The plea has contended that all persons below the age of 18 years who have been detained be identified through an age census.

Seeking directions that illegally detained children be produced before the Juvenile Justice Committee of the high court, the plea has also sought compensation from them. 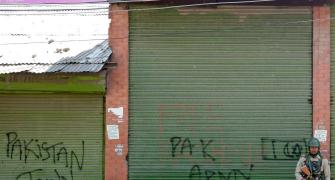 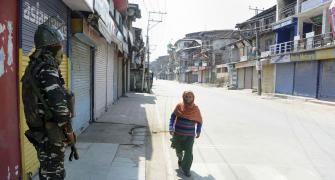