Union home minister Amit Shah on Thursday accused the opposition of creating confusion over the Citizenship Amendment Act and spoiling the atmosphere in the national capital by misleading people, asserting that the time has come to "punish the 'tukde tukde' gang". 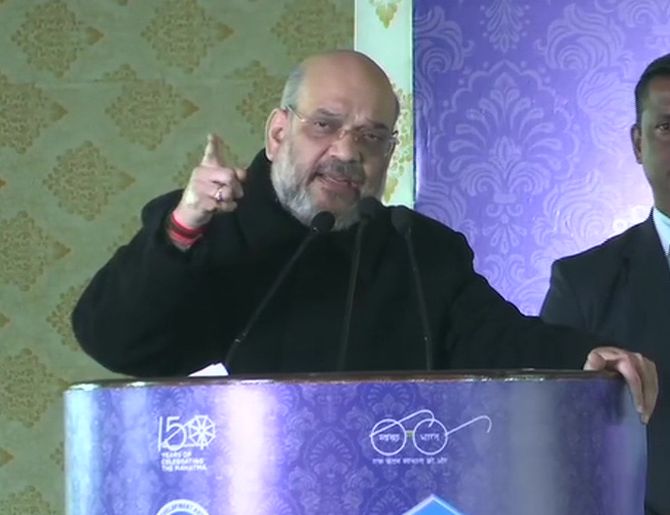 Addressing a gathering after laying the foundation stone of East Delhi Hub -- the country's first transit-oriented development project -- he trained his guns at the Congress and the Arvind Kejriwal-led Aam Aadmi Party, ahead of the assembly polls due early next year.

The Congress has rejected the allegation levelled against the party by Shah.

"The opposition led by the Congress created confusion about the Citizenship Amendment Bill (now an Act). Delhi saw people coming out on streets over it and the peaceful atmosphere of Delhi was spoiled after a long time.

"I want to say it with a lot responsibility that by misleading Delhi and its people (on the Citizenship Amendment Act or CAA), the opposition spoiled the peaceful atmosphere of Delhi," Shah said on the recent protests, some of which turned violent in areas such as Jamia Nagar and Seelampur.

Exuding confidence about Bharatiya Janata Party's performance in the coming polls, he said the time is up for the Kejriwal government in Delhi and "the lotus will bloom" here too.

"Should you not choose a government that will bring peace in Delhi. When the CAB was discussed in Parliament, no one was ready to tell anything... They started spreading confusion over it later and spoiled Delhi's peace. I want to say, the Congress-led tukde-tukde gang, who are responsible for Delhi's peace getting spoiled, time has come to punish them, people of Delhi should punish them," he said, in an apparent reference to the Left-leaning intellectuals opposing the amended citizenship law.

Taking on chief minister Kejriwal, he said the AAP dispensation has obstructed Centre's schemes and urged people to choose a government in next election that will ensure peace in Delhi.

"Kejriwal has not implemented Pradhan Mantri Awas Yojana and Ayushman Bharat. He only wants to put his name on our pet projects," Shah said.

"Delhi, you gave (us) all seven BJP MPs, now time to give BJP MLAs (a chance) in the next polls for development of the national capital," Shah, also the BJP president, said.

Shah also attacked previous Congress governments over what he alleged was their "tardy pace of work", and said the Modi government has brought a "new work culture".

"Congress would take five years to conceive a project, next five to allocate budget, another five to lay foundation for those projects, and then it would forget," Shah alleged.

"In Modi government, the foundation stone laying and inauguration happens in the same government and this East Hub project, work on which would begin very soon, is set to be completed in three-and-a-half years," the home minister said.

Kejriwal is "doing advertisements for projects" instead of doing actual work, he said.

"For 57 months, Kejriwal and his government did not do any work. And for last three months, they are doing ads," Shah said.

Puri too attacked the Kejriwal government and alleged that the AAP dispensation had been "creating roadblocks" for various projects. 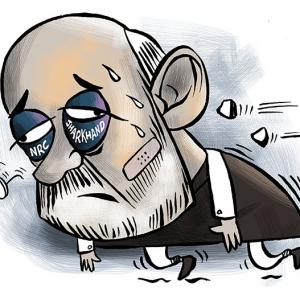