Mumbai's Colaba police station has registered an accidental death report (ADR) in the death of three naval personnel, who lost their lives in an explosion in an internal compartment on board INS Ranvir on Tuesday at the Naval Dockyard in Mumbai, the police said on Wednesday.

Further investigation into the matter is underway.

Navy Chief Admiral R Hari Kumar on Wednesday expressed his heartfelt condolences to the families of three Navy personnel who were killed on board INS Ranvir in Mumbai's dockyard on Tuesday, an official statement said.

Master Chief Petty Officer First Class Krishan Kumar, MCPO Second Class Surinder Kumar and MCPO Second Class A K Singh were killed and 11 others were injured in an explosion on board the Indian naval ship (INS) Ranvir at the Naval Dockyard in Mumbai.

The Indian Navy said on Wednesday: "Admiral R Hari Kumar, Chief of Naval Staff and all personnel of Indian Navy extend heartfelt condolences to the families of Krishan Kumar MCPO I, Surinder  Kumar MCPO II & AK Singh MCPO II, who succumbed to injuries caused by the unfortunate incident on board INS Ranvir on January 18, 2022."

"We fully stand by with the families in this difficult time," it added.

INS Ranvir is a destroyer ship.

"It (Ranvir) was on cross-coast operational deployment from the Eastern Naval Command since November 2021 and was due to return to the base port shortly," the Navy had said on Tuesday.

A board of inquiry has been instituted to investigate the cause of the incident, the Navy had said.

In August 2013, explosions on-board INS Sindhurakshak had claimed the lives of 18 sailors and caused the submarine to sink in the Mumbai harbour. 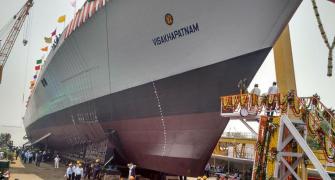 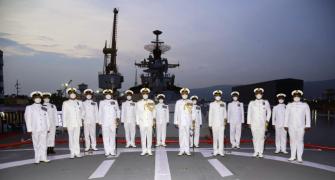 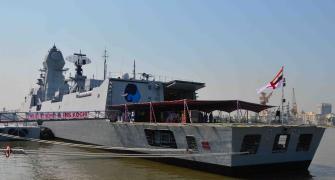 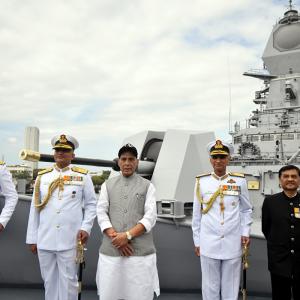 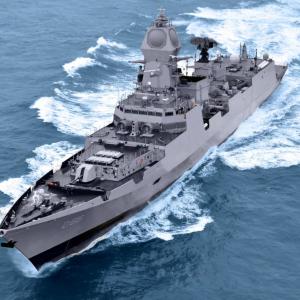 Boost to navy as missile destroyer, sub to join ranks