Boost to navy as missile destroyer, submarine to join ranks

The Indian Navy will commission a guided-missile destroyer and a Kalvari-class submarine by next week in a boost to its combat capability in dealing with the rapidly changing security environment in the face of growing Chinese forays into the Indian Ocean region. 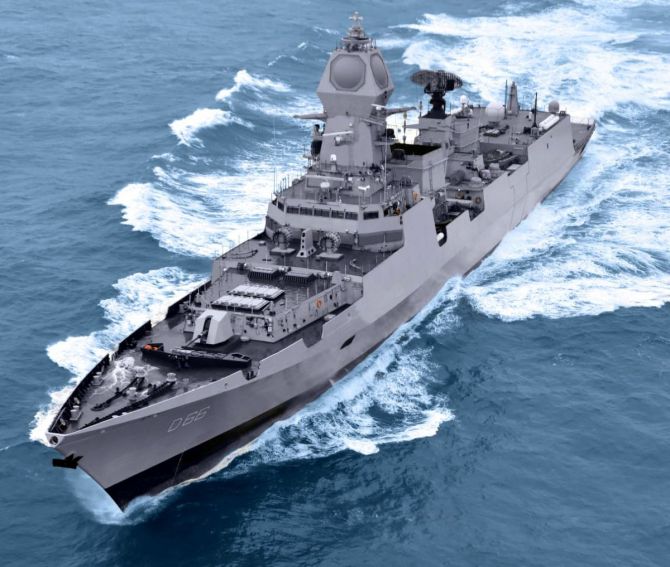 Vice Admiral Satish Namdeo Ghormade, the Vice Chief of Naval Staff, said destroyer 'Visakhapatnam' will be commissioned on November 21 while submarine Vela will be inducted into the force on November 25.

The Navy commander also said that as many as 39 naval ships and submarines are currently being constructed in various Indian shipyards that are expected to significantly boost India's maritime prowess.

"We all know that the maritime environment is a complex one and it only increases with more number of players involved," he said.

"We live in a time when global and regional balances of power are shifting rapidly and the region of most rapid change is undoubtedly the Indian Ocean Region," the commander said.

Vice Admiral Ghormade said continuous efforts are, therefore, on to ensure that the force levels grow progressively to enhance the capability of the Indian Navy to meet the emerging challenges.

While warship 'Visakhapatnam' will be commissioned by Defence Minister Rajnath Singh, the chief guest at the induction ceremony of Vela will be Chief of the Naval Staff Admiral Karambir Singh.

Both the platforms have been built at Mazagon Dock Shipbuilders Limited.

The induction ceremonies will be held at the naval dockyard in Mumbai.

"The commissioning of Visakhapatnam will reaffirm India's presence amongst an elite group of nations with capability to design and build advanced warships," the Vice Admiral said.

He said apart from myriad indigenous equipment in the 'float' and 'move' categories, the destroyer is also installed with many major indigenous weapons such as indigenous medium-range surface-to-air missile systems developed by Bharat Electronics Ltd, surface-to-surface missiles by Brahmos Aerospace and torpedo tubes and launchers by L&T.

"The overall indigenous content of the project is approximately 75 per cent," he said.

Vela is the fourth submarine of the Kalvari class.

"Submarine building is a sophisticated exercise involving placing small components sequentially and logically inside the submarine as the space within is extremely constricted," Vice Admiral Ghormade said.

"Very few countries possess this ability in their industrial capacity. India has proven its capability to build our own submarines for the past 25 years," he added. 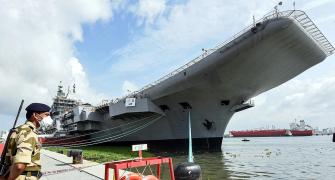 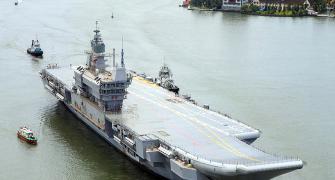 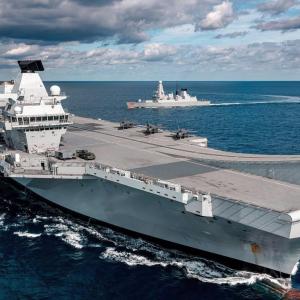