Indore gets cleanest city tag for 4th time in a row

Indore was adjudged India's cleanest city for a fourth straight year while Surat and Navi Mumbai grabbed the second and third positions respectively, as the Centre announced the results of its latest annual cleanliness survey on Thursday. Varanasi, represented by Prime Minister Narendra Modi in Lok Sabha, was declared the 'Best Ganga Town' in the country, followed by Kanpur, Munger, Prayagraj and Haridwar.

Chhattisgarh was given the 'Cleanest State' award in the category of states having more than 100 urban local bodies, followed by Maharashtra and Madhya Pradesh.

Patna was ranked the lowest among 47 cities, while Chennai is at the 45th place.

The Swachh Survekshan awards 2020 -- the fifth annual cleanliness survey of the country -- were announced by Union Housing and Urban Affairs Minister Hardeep Singh Puri at a ceremony where 129 awards were given in different categories.

The survey was conducted in January this year.

“Congratulations to all those cities who have secured top positions in #SwachhSurvekshan2020. May other cities also be inspired to further ramp up their efforts towards ensuring cleanliness. Such competitive spirit strengthens the Swachh Bharat Mission and benefits millions,” he tweeted.

Expressing happiness over Indore being adjudged India's cleanest city, Madhya Pradesh Chief Minister Shivraj Singh Chouhan said, "Cleanliness is now the nature of Indore. The city has now become a role model for the world in cleanliness. My heartiest congratulations to the people of Indore, public representatives and municipal corporation for the dedication."

The New Delhi Municipal Council has bagged the first rank in the "cleanest capital" city category.

The NDMC area comprises Lutyen's Delhi which is regarded as the seat of central authority in India.

A total of 4,242 cities in multiple categories, 62 Cantonment Boards and 97 Ganga towns were surveyed, and 1.87 crore citizens participated in the exercise, according to the government.

Ambikapur in Chhattisgarh has been ranked the cleanest city in the category of 1-10 lakh population, followed by Mysore in Karnataka and the New Delhi Municipal area.

Noida has been ranked 25th and Rohtak 35th in this category.

According to the survey results, Jharkhand was adjudged the 'Cleanest State' in the category of having less than 100 ULBs, followed by Haryana, Uttarakhand, Sikkim, Assam and Himachal Pradesh.

In the category of population of less than 1 lakh, Maharashtra's Karad bagged the first position, followed by Saswad and Lonavala.

Announcing the results, Puri said, "Swachh Survekshan (cleanliness survey) will continue to help us in sustaining the gains made under Swachh Bharat Mission-Urban, while providing a comprehensive roadmap to institutionalise the concept of total swachhata among all our cities."

Greater Hyderabad has been given the 'Best Mega City' award in the category of 'Citizen Feedback'.

"The ancient holy town of Varanasi is rightfully the cleanest town on the banks of river Ganga. Heartiest congratulations to PM Shri @narendramodi Ji, who represents the city in Lok Sabha, for his visionary leadership which has inspired the people of the town for this achievement," Puri tweeted.

Chandigarh has been awarded as 'Best Union Territory in Citizen Feedback', while Gandhi Nagar has been ranked as 'Best State Capital in Innovation and Best Practices'.

Union Housing and Urban Affairs Secretary Durga Shanker Mishra said this survey had an overwhelming scale with the survey team visiting over 58,000 residential and over 20,000 commercial areas covering over 64,000 wards in a mere 28 days.

Mishra also said that the ministry was actively working on a second phase of the Swachh Bharat Mission-Urban, which was initially supposed to be till March 2020 but has been extended till March 2021.

The SBM 2.0 should be finalised before the end of the current phase, he said, adding the goal this phase would be taking targets further than making cities open-defecation free, to also include 100 per cent sludge management and zero dumping of waste in the open. 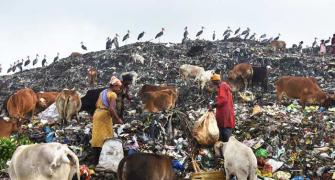 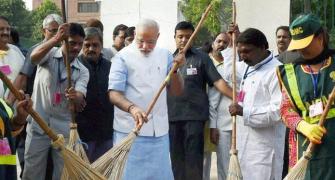 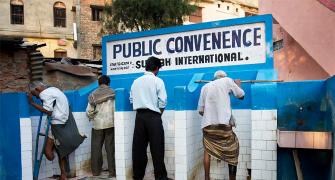 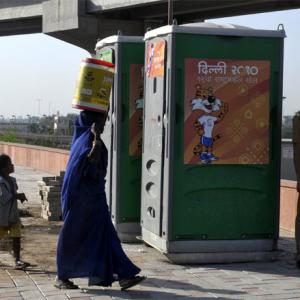 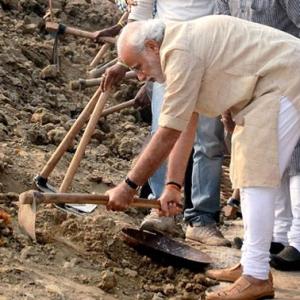