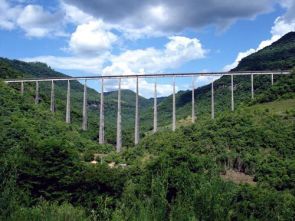 Scheduled to be completed in 2016, the 4.94 km rail-cum-road bridge, India's longest bridge, will come up across the mighty Brahmaputra at Bogibeel in Assam. It is not only expected to be a lifeline for the Northeast, but will also strengthen the country's security.

A product of the 1985 Assam Accord that is being implemented by the North East Frontier Railway, the bridge will provide connectivity to upper Assam and Arunachal Pradesh and cut down the distance to the border with China by 10 hours.

It starts from Chaulkhowa station and Moranhat station at south bank and joins in between Sisibargaon station and Siripani station of Rangiya-Murkongselek section in north bank.

What now takes one-and-a-half hours to cross the river will be reduced to a few minutes once the bridge is inaugurated.

Besides, movement of goods will also be possible on a larger scale.

Railway officials said the bridge would strengthen national security by way of truncating distance to reach the China border during movement of troops and supplies.

But not all are happy. As the completion of the bridge draws near, over 100 boatmen families are spending sleepless nights over fear that it will jeopardise their sources of income.

For Munna Singh, Brojen Doley, Rajesh Chowdhury and other majhis, it will be tough finding an alternative means of livelihood inheriting their profession from generations far into the past.

"I don’t know what to do ....the fear of closing my ferry service always haunts me. How will I manage a regular income?" Munna Singh, who owns two country boats earns around Rs 15,000 per month, despairs.

Similar is the condition of Brojen Doley who owns a boat that ferries private vehicles of people from Arunachal Pradesh.

"I have no permit of the Inland Water Transport department of Assam to ferry passengers. I only managed a permit to ferry vehicles for only once a day, enabling me to earn a paltry amount," Doley said.

However, the chief engineer of the bridge project, Ajit Pandit, said that the boatmen's fear was unfounded.

"Even after the bridge is complete the ferry service will not be discontinued because there are many local people who will prefer river route to the land route in order to shorten distances to their homes," Pandit explained.

Besides, he said, once the bridge is complete, the economy of the area will improve and employment avenues will be created for the local people.

Pandit said the bridge, situated 17 km downstream of Dibrugarh city, would be the lifeline of the Northeast by opening connectivity between the north and south of the Brahmaputra river in the eastern region of Assam and Arunachal Pradesh.

The border of Arunachal Pradesh is just over 20 km from the northern bank.

The foundation of the bridge was laid in 2002 and the project was supposed to be completed in six years, but lack of funds and attention kept it idle till 2007 when it was given national status.

The national status meant that the Union Finance Ministry provided 75 per cent funds for the project, while 25 per cent was to be borne by the Railways.

"In the city of Dibrugarh in Assam, it rains eight months a year. So any construction activity, especially on the BrahmaputraRiver, is a challenge," he explained.

Practically, his team gets to work for only four months in a year - from November to March.

The project flows from the Assam Accord signed in August 15, 1985, between the centre and the representatives of the All Assam Students Union and the Asom Gana Sangram Parishad that had spearheaded a decade-long movement against the influx of Bangladeshis into the northeastern state.

Talking to PTI at the project site, Pandit admitted to cost escalation as well. “The rise in the cost of cement and steel are also factors responsible for the cost escalation.”

The construction work of the sub-structure of the bridge was awarded to Gammon India in April, 2008 while the work on the superstructure was awarded partially to Hindustan Construction Company, DSD, a German company, and Bangalore-based VNR. 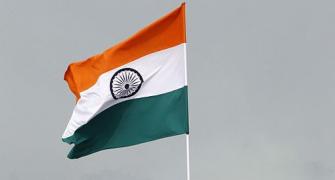 What India's Strike Corps will do on Himalayas 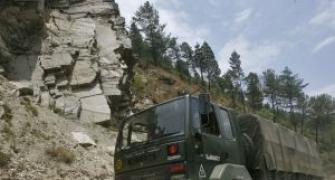 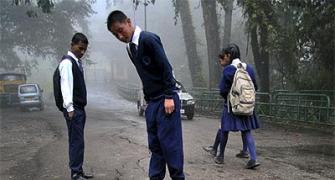 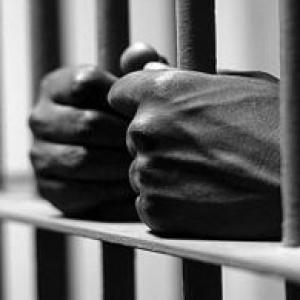