The rise in the number of coronavirus cases has gained pace significantly. It took 110 days for the number of cases in the country to reach one lakh but just 53 days more to race past the eight-lakh mark. 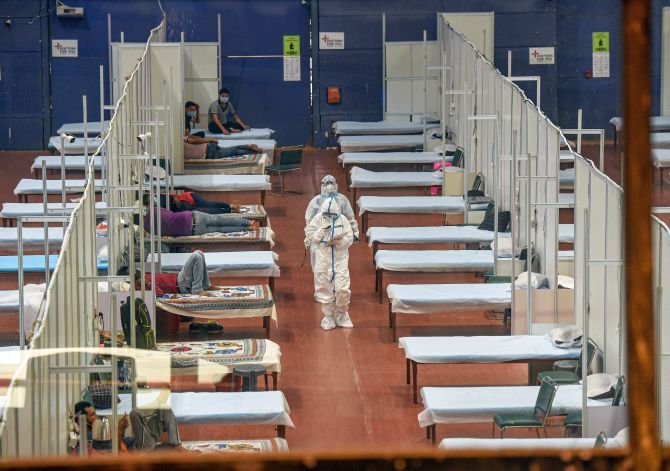 With a record single-day increase of 27,114 cases, India's COVID-19 tally zoomed past the eight-lakh mark on Saturday, just four days after crossing the seven-lakh post, according to health ministry data.

The total coronavirus caseload in the country surged to 8,20,916 on Saturday while the death toll climbed to 22,123 with 519 people succumbing to the disease in 24 hours, the updated data at 8 am showed.

This was the eighth consecutive day that COVID-19 cases in the country increased by more than 22,000. IMAGE: A medic aids a suspected COVID-19 patient to get down from an ambulance after arriving at M R Bangur Hospital in Kolkata. Photograph: Swapan Mahapatra/PTI Photo

The rise in the number of coronavirus cases has gained pace significantly. It took 110 days for the number of cases in the country to reach one lakh but just 53 days more to race past the eight-lakh mark.

It took 64 days for COVID-19 cases in India to rise above one lakh from 100, and another fortnight to cross two lakh on June 3.

It took 10 days for the tally to touch the three lakh-mark and another eight days for the cases to climb above four lakh on June 21.

In another six days, the total tally raced past the five-lakh mark. Then it took 10 days to cross seven lakh.

According to Union health ministry data on Saturday, the number of recoveries stands at 5,15,385 while there are 2,83,407 active cases. The total number of confirmed cases include foreigners.

"Thus, around 62.78 per cent of patients have recovered so far," an official said. 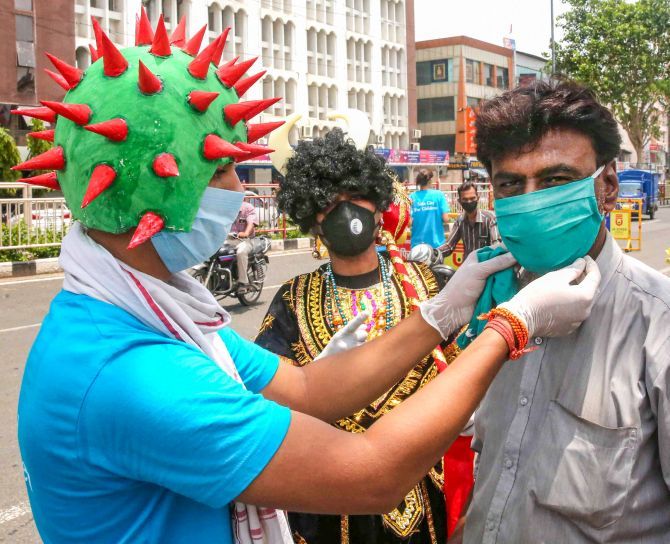 Assam, and Jammu and Kashmir reported five deaths each, followed by Bihar, Madhya Pradesh, Odisha and Punjab with four deaths each, Haryana and Puducherry three fatalities each while two persons have succumbed to the viral infection in Chhattisgarh. 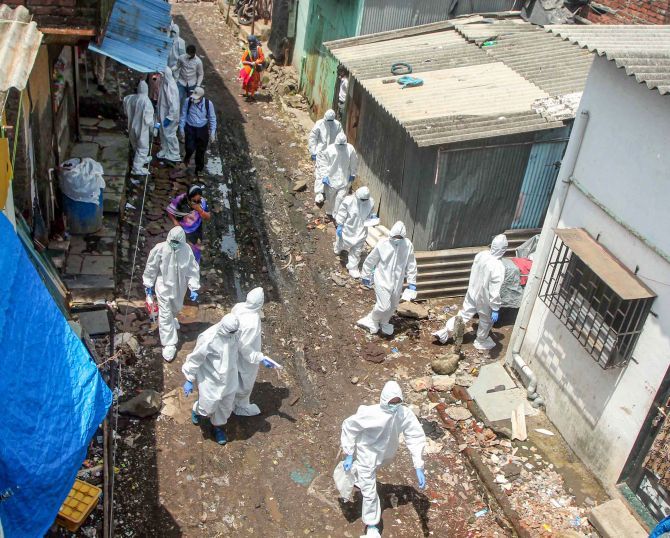 Jharkhand has registered 23 deaths, Chhattisgarh and Puducherry 17 each, Himachal Pradesh 11, Goa nine, Chandigarh seven, Arunachal Pradesh and Meghalaya two each, Tripura and Ladakh have reported one fatality each. 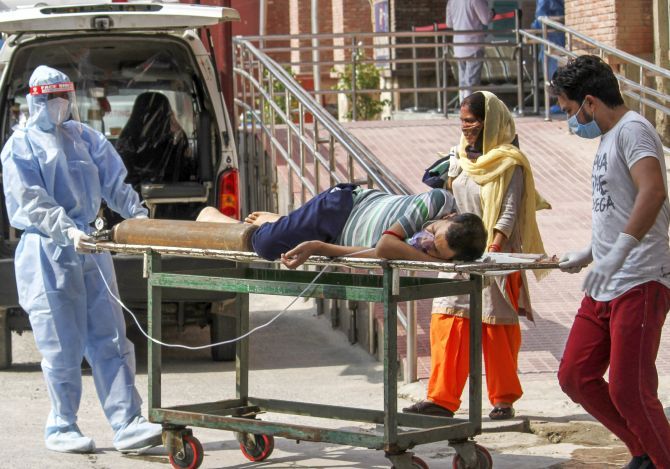 IMAGE: A medic along with family members carries a suspected COVID-19 patient on a stretcher at LNJP Hospital in New Delhi. Photograph: PTI Photo

Punjab has reported 7,357 novel coronavirus infections so far, while Kerala has 6,950 cases.

Nagaland has recorded 732 COVID-19 cases, Chandigarh 539 and Dadra and Nagar Haveli and Daman and Diu together have reported 459 cases.

Arunachal Pradesh reported 335 cases, Mizoram has 226 cases, the Andaman and Nicobar Islands has 156, Meghalaya has registered 207 infections so far, while Sikkim has recorded 134 cases.

"Our figures are being reconciled with the ICMR," the ministry said, adding that 3,416 cases are being reassigned to states. State-wise distribution is subject to further verification and reconciliation, it added. 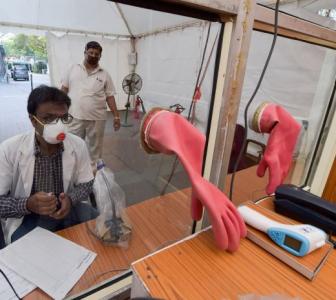 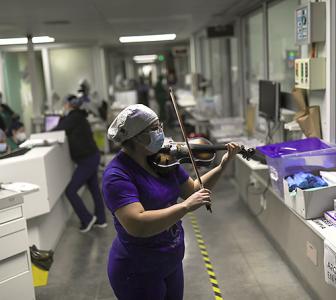