Indian attacked on Oz station, cops keep it under wraps

By Natasha Chaku
April 04, 2010 15:41 IST
A 34-year-old Indian man's throat was slashed at one of the busiest train stations in Australia's Queensland state following which a suspect was charged, amid allegations that police kept the latest in a slew of attacks against the community under wraps. Narenderkumar Patel was injured in the knife-attack during the peak commuter hours while he waited on Platform 9 at Brisbane's Roma Street Station at 4.20 pm (local time) on March 17, according to The Courier-Mail.

Patel was allegedly grabbed from behind while a knife was pressed against his throat, causing a wound that, luckily, was not deep enough to sever an artery, it said.Shortly after the attack, a 26-year-old man was charged after handing himself in at police headquarters across the road, the report said.The suspect was charged with assault occasioning bodily harm and carrying a knife in a public place. It is believed the bluntness of the knife saved Patel from more serious injuries. Despite police prosecutors opposing bail, the accused was released and is due to face court again on April 15.

The police did not release the details of the assault possibly to avoid any debate about the safety of Indians in Australia. The incident was also seen by police monitoring the station on closed-circuit television screens.

The report said the "Morning Roundup" distributed by the Queensland Police to journalists made no mention of the knife-attack against Patel, raising some serious questions about police efforts to inform the public. The roundup referred to an overnight armed robbery at an Underwood service station where a knife was allegedly used by a man with an Australian accent to demand money and about another knife-attack by a 16-year-old.

The daily said the police media unit was certainly aware of the case when contacted by it and the details were found on their incident log, when prompted, and basic facts provided. "If this is true then the question really needs to be asked why police, through the media unit, chose not to inform the public of this incident.

"Is it their job to play gatekeeper with information that would prompt questions about whether our train stations are safe or if racially motivated crimes are prevalent?", the report said.

The paper said it e-mailed the police media unit a request to speak to Police Commissioner Bob Atkinson and was told the following day that he was not available. Opposition Justice Spokesman Lawrence Springborg said the attack struck "at the heart of confidence of all rail commuters" and the public had a right to know about it."I hope that this has not been covered up or hosed down by our authorities because of the nationality of the victim," he said.

The police Minister Neil Roberts said train stations were patrolled by 54 officers in the rail squad and more than 100 full-time transit officers and private security guards. He said the clear-up rate for crime on the rail system was "very good". Roberts also said he had been briefed on recent incidents involving people from various ethnic backgrounds. "Some are obviously racially motivated, however police advise me that in their opinion the majority of incidents involving persons from different ethnic backgrounds are not suspected of being racially motivated," he said. 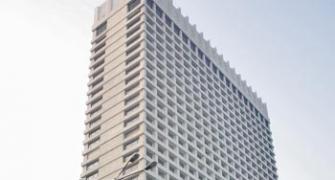 Did Aus police try to hush up attack on Indian? 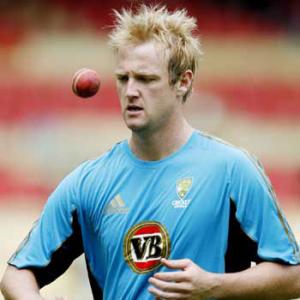