India, US to conduct mega military exercise in Uttarakhand's Auli in Oct

India and the US will kick-start an over two-week-long mega military exercise in Uttarakhand's Auli in October amid the fast-evolving regional security scenario. The 18th edition of exercise Yudh Abhyas is scheduled to take place from October 14 to 31, sources in the defence and military establishment said on Wednesday.

A number of complex drills are being planned for the mega exercise, they said.

The last edition of the exercise took place in October last year in Alaska in the US.

The sources said the exercise is aimed at enhancing understanding, cooperation and interoperability between the armies of India and the US.

The Yudh Abhyas exercise is taking place in the backdrop of India's lingering border row with China in eastern Ladakh.

The Indo-US defence ties have been on an upswing since the last few years.

In June 2016, the US designated India a 'major defence partner.'

The two countries have also inked key defence and security pacts over the past few years, including the Logistics Exchange Memorandum of Agreement in 2016 that allows their militaries to use each other's bases for repair and replenishment of supplies as well as provides for deeper cooperation.

The two sides also signed the Communications Compatibility and Security Agreement in 2018 which provides for interoperability between the two militaries and provides for the sale of high-end technology from the US to India.

In October 2020, India and the US sealed the Basic Exchange and Cooperation Agreement to further boost bilateral defence ties.

The pact provides for sharing of high-end military technology, logistics and geospatial maps between the two countries. 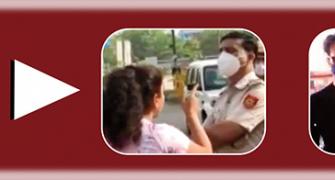 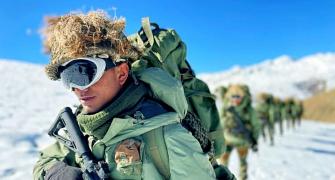 Will back India with arms against China: US Admiral 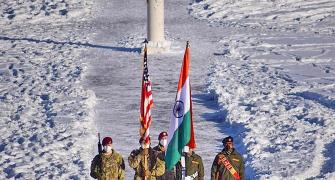 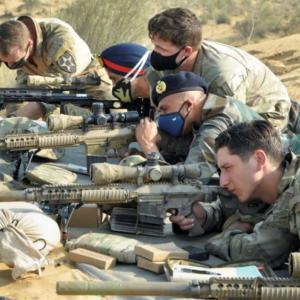 SEE: India, US armies 'battle' it out in Rajasthan 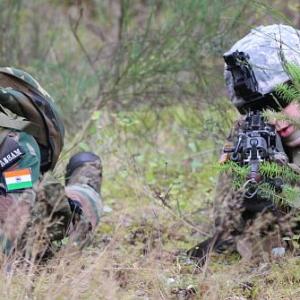