IMAGE: As part of 'ice-breaking activities' during Yudh Abhyas -- the military exercise involving troops from the Indian and US armies -- Indian and American soldiers played friendly matches of kabaddi, football and volleyball in Alaska, October 16, 2021. Photograph: ANI Photo

As part of 'ice-breaking activities' during Yudh Abhyas -- the military exercise involving troops from the Indian and US armies -- Indian and American soldiers played friendly matches of kabaddi, football and volleyball in Alaska, October 16, 2021.

The US troops participated with equal zeal and vigour in kabaddi.

Local businessman Nandan Kudchadkar launched the All About Alcohol museum in Candolim in north Goa.

The museum has hundreds of artefacts linked to feni, including large, traditional glass vats in which the local cashew-based alcohol was stored centuries ago.

"The objective behind starting the museum was to make the world aware of Goa's rich heritage, especially the story of feni, the strong local drink," says Kudchadkar.

"In 2016, the state government declared feni as a 'heritage drink'. It is important because many cultures have embraced their cultural brew such as champagne and codka," adds Armando Duarte, CEO of the alcohol museum.

House washed away in Kottayam

An entire house in Kottayam district's Mundakayam was washed away by the raging river.

Couple sail in cooking vessel to get hitched

A bride and groom -- both health workers from Chengannur -- were ferried to the Panayannarkavu Devi temple in a cooking vessel for their wedding in flood-affected Alappuzha, Kerala.

More than 200 Rajput women displayed their sword-wielding skills at the Talwar Raas event in Rajkot.

The event, hosted by Rajkot's royal family, aims to highlight the bravery of the Rajput community and the combat ability of its women.

Congress General Secretary Priyanka Gandhi Vadra on October 20 provided first aid to a woman who met with an accident in Gomti Nagar, Lucknow.

Priyanka was on her way to Agra to meet the family of a sanitation worker who allegedly died in police custody.

Saurabh Gupta, a look-alike of Delhi Chief Minister Arvind Kejriwal, has hogged the limelight in Gwalior.

Speaking to ANI, Saurabh says, "I have no interest in politics, I am happy being a chaat seller, but want to meet Kejriwal someday."

A Railway Protection Force policewoman saved a woman from falling into the gap between the platform and train at the Sandhurst Road railway station in south Mumbai.

The woman was trying to board the train as seen in the CCTV footage from the Sandhurst Road railway station when she fell. 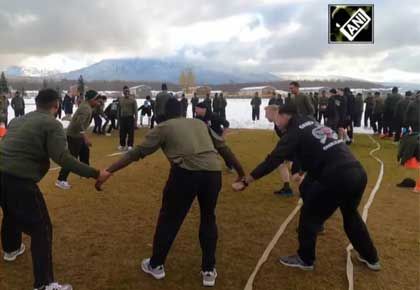 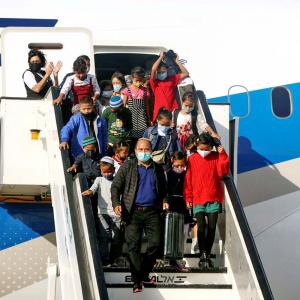 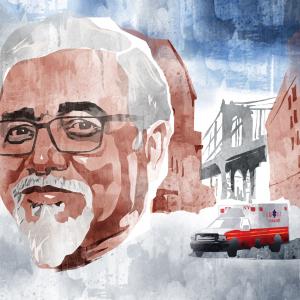