The 22 rebel Congress MLAs (who have now joined the BJP) will have to win the by-elections, which won't be easy as Digvijaya Singh and Kamal Nath will leave no stone unturned to secure those seats, reports Sandeep Kumar. The succession of political occurrences in Madhya Pradesh, leading to the resignation of Chief Minister Kamal Nath, was somewhat a re-enactment of what happened in Karnataka last year, when a coalition government was brought down to make way for a Bharatiya Janata Party-led one.

The departure of Jyotiraditya Scindia, who crossed over to the BJP, was a work in progress since December 2018, when the Congress chose Nath chief minister after its election victory.

Since then he found himself increasingly sidelined. After Nath resigned, Scindia tweeted: “People have won in Madhya Pradesh today. I have always believed politics should be a medium of public service, but the state government had deviated from this path. Truth has won again. Satyameva Jayate.”

There is strong speculation that Scindia’s induction into the Central government is just a matter of time and likely to happen in April itself. But what about the MLAs who have been his loyalists and, by resigning from the Congress, have paved the way for the formation of a BJP government in Madhya Pradesh?

A close aide of Scindia said: “These MLAs put their political careers at stake for ‘Maharaj’, who respects their love and affection. This is the biggest reward one can ask for.”

There are rumours that after the by-elections to the assembly seats that have fallen vacant due to the resignations, Tulsi Silawat will be deputy chief minister. He was considered the Dalit face of the Congress until Nath removed him, along with five other rebel ministers, from his cabinet. At least 10 other MLAs will be inducted into the new government. Praduman Singh Tomar, Imarti Devi, Govind Singh Rajput, and Prabhram Choudhary are some of them.

Many of these MLAs are from the Gwalior-Chambal region, the stronghold of Scindia, a former royal. All of them have to face by-election.

However, there are a few facts one should bear in mind. Of the 22 rebel Congress MLAs (who now have joined the BJP), 15 had represented the Gwalior-Chambal region. The BJP was the runner-up in 20 seats in which these rebel MLAs had won. The margin of victory was thin in many seats. In 11 seats it was less than 10 per cent. As a result, if political commentators are to be believed, winning them may not be a doddle.

The BJP has 107 MLAs in the assembly, whose current strength is 206. To secure a majority, the party has to win at least six seats even if all the independent MLAs support the BJP. Otherwise the party will have to win nine seats.

“Digvijaya Singh and Nath are experienced politicians. Nath will not forget this defeat easily. They will leave no stone unturned to secure those seats. Nath possesses the kitty, and Singh enjoys enormous political experience and also some influence in that area. Local BJP leaders might also turn hostile,” said political analyst Anil Jain.

“I am sure the voters would punish the defectors. This will be a lesson for their backers,” said Jafar. The Congress will contest the by-elections on the slogan “15 months vs 15 years”, he said.

After the by-elections, when new members (Scindia loyalists) serve in the cabinet, the BJP has to fine-tune things. There may be some resentment among smaller groups in the party but overall the BJP looks to be in a position to hold the reins.

Political analyst Girija Shankar thinks the BJP coming back to power was bound to happen because the people of Madhya Pradesh never really voted it out. “The Congress government failed because it resembled the 2003 era of Digvijaya Singh’s government. People hadn’t voted for the Congress for another dark era of bad governance. It ended pro-people schemes of the previous regime.”

A dejected party worker in the now silent Congress office in Bhopal said: “The party lacked a survival instinct. The state unit was fragmented. We have to learn a lot from the BJP.” 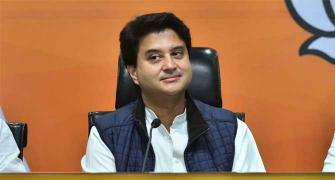 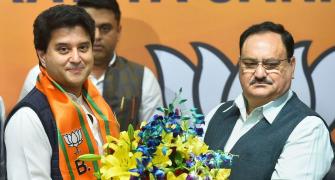 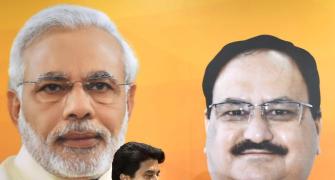