The bench also ruled that Pakistan had violated India's rights to consular visits after his arrest. 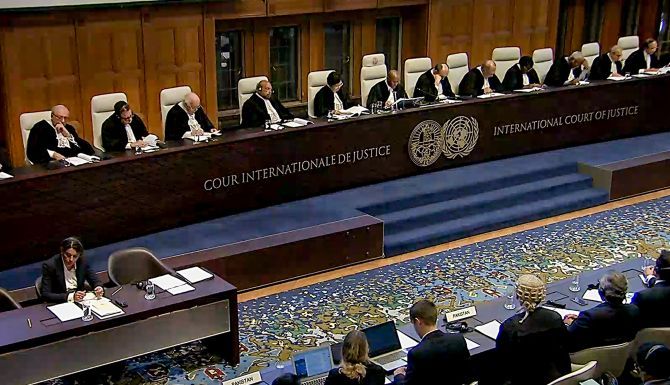 The International Court of Justice on Wednesday ruled that Pakistan must make an 'effective review and reconsideration' of the conviction and death sentence of Indian national Kulbhushan Jadhav and grant him consular access, in a victory for India in the high-profile case.

Jadhav, 49, a retired Indian Navy officer, was sentenced to death by the Pakistani military court on charges of 'espionage and terrorism' after a closed trial in April 2017.

His sentencing evoked a sharp reaction in India.

A 16-member bench led by President of the Court Judge Abdulqawi Ahmed Yusuf by 15-1 votes ordered an 'effective review and reconsideration of the conviction and sentence of Mr Kulbhushan Sudhir Jadhav'.

Recalling that it had directed Pakistan to take all measures at its disposal to ensure that Jadhav is not executed pending the final decision in the case, the bench said it considers that 'a continued stay of execution constitutes an indispensable condition for the effective review' of the sentence of Jadhav. 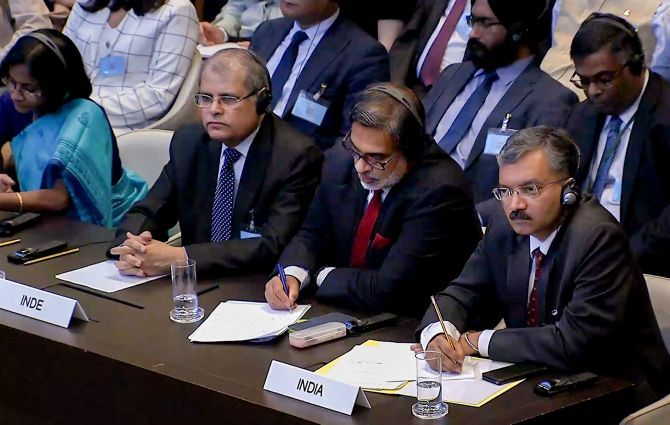 The bench, however, rejected most of the remedies sought by India, including annulment of the military court's decision convicting Jadhav, his release and safe passage to India.

The bench ruled by 15 votes to 1 that Pakistan ‘deprived the Republic of India of the right to communicate with and have access to Mr Kulbhushan Sudhir Jadhav, to visit him in detention and to arrange for his legal representation’.

Pakistan was under the obligation to inform India about the arrest and detention of Jadhav under the Vienna Convention, the court said.

The bench observed that there was a three-week delay in informing India about Jadhav's arrest on March 3, 2016, leading to a ‘breach’ of Pakistan's obligations under the convention.

Noting that India has made a number of requests for the consular access, which was denied by Pakistan, the court said it was ‘undisputed’ fact that Pakistan did not accede to India's appeals. 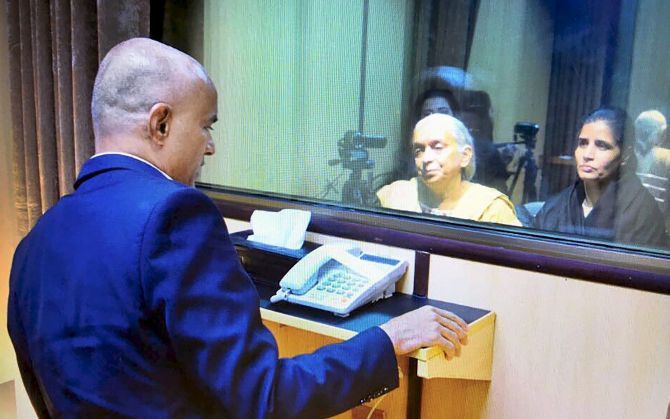 The court said that Pakistan has not explained how any of the wrongful acts allegedly committed by India may have prevented it from fulfilling its obligation.

The judges said there was no basis to conclude that India abused its procedural rights when it requested indication of provisional measures in this case.

On Pakistan's argument that India has failed to prove
Jadhav's nationality, the court said it was satisfied that the evidence before it leaves no room for doubt that Jadhav is of Indian nationality.

The court ruled that Pakistan is under an obligation to inform Jadhav without further delay of his rights and to provide Indian consular officer’s access to him in accordance with Article 36 of the Vienna Convention on Consular Relations.

The verdict in the high-profile case comes nearly five months after the bench led by Judge Yusuf had reserved its decision on February 21 after hearing oral submissions by India and Pakistan. The proceedings of the case took two years and two months to complete.

India moved the ICJ in May 8, 2017 for the ‘egregious violation’ of the provisions of the Vienna Convention by Pakistan by repeatedly denying New Delhi consular access to Jadhav.

A bench of the ICJ, which was set up after World War II to resolve international disputes, on May 18, 2017 had restrained Pakistan from executing Jadhav till adjudication of the case.

However, India maintains that Jadhav was kidnapped from Iran where he had business interests after retiring from the Navy.

Pakistan had rejected India's plea for consular access to Jadhav at the ICJ, claiming that New Delhi wants the access to get the information gathered by its ‘spy’.

However, Pakistan facilitated a meeting of Jadhav with his mother and wife in Islamabad on December 25, 2017.

A four-day public hearing in the high-profile case took place in February amidst heightened tensions between India and Pakistan following one of the worst terror attacks in Jammu and Kashmir by Pakistan-based Jaish-e-Mohammed terror group that killed 40 CRPF soldiers on February 14.

During the hearing in ICJ, both India and Pakistan submitted their detailed pleas and responses.

India based its case on two broad issues -- breach of Vienna Convention on consular access and the process of resolution.

Harish Salve, who was representing India in the case, questioned the functioning of Pakistan's notorious military courts and urged the top UN court to annul Jadhav's death sentence, which is based on an ‘extracted confession’.

In his submission in the ICJ on the last day of the hearing, Pakistan's counsel Khawar Qureshi said, "India's claim for relief must be dismissed or declared inadmissible."