News
Business
Movies
Sports
Cricket
Get Ahead
Money Tips
Shopping
Sign in  |  Create a Rediffmail account
Rediff.com  » News » How a junior engineer in UP got a post tailor-made for himself 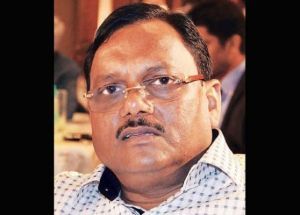 Suspended Noida engineer-in-chief Yadav Singh faces a CBI probe into alleged corruption on a PIL accusing him of amassing huge property disproportionate to his known sources of income. Sharat Pradhan reports from Lucknow

A diploma holder in civil engineering, Singh began his career as a junior engineer (a non-gazetted job) in 1980. In just five years he was promoted to assistant project engineer and in 1995 his next promotion was project engineer.

Singh, whose alleged ill-gotten multi-billion assets were exposed in an income tax raid seven months ago, is said to be close to influential politicians in the Samajwadi Party. In 2002, when Mulayam Singh Yadav returned to power, Yadav Singh was given a double promotion to assume the chief engineer’s chair.

Yadav Singh’s relations with Mulayam’s cousin Ram Gopal Yadav -- who not only leads the Samajwadi Party in the Rajya Sabha but also holds the key to all key appointments in western Uttar Pradesh, including Noida, commonly known as UP’s “goldmine” -- Yadav Singh  superseded senior colleagues to rise to the coveted position.

The change of guard in Lucknow in 2007 did not make any difference to him. Singh switched loyalties to build an equation with Bahujan Samaj Party leader Mayawati’s younger brother Anand Kumar, who had by then emerged as her pointsman for the cash-rich Noida region. The tailor-made position of engineer-in-chief was created for Singh in 2011.

When the SP government returned in March 2012, Ram Gopal Yadav sought Singh’s suspension for his “betrayal”. He was charged with a scam of Rs 954 crore in June 2012 and five months later the probe was entrusted to the Crime Branch.

Yadav Singh, however, managed to mend his ties with people who matter in the ruling SP and got himself reinstated in November 2013.

The next 12 months saw very exclusive favours being doled out to him. On November 12, 2014, he was entrusted with additional charge of Greater Noida as well as the even more lucrative Yamuna Expressway Authority.

But his greed cost him dearly when he came under the I-T scanner and faced multiple simultaneous raids on November 27, 2014. Under fire from opposition parties and the media, a visibly shaken Akhilesh Yadav government hastily removed him from the position of engineer-in-chief the very next day.

The state government engaged top lawyers and also set up a commission of inquiry under a retired HC judge known for his proximity to Mulayam to keep Singh off the CBI.

But an unrelenting crusade against Singh led to Allahabad HC chief justice DY Chandrachud directing a CBI probe against him.