Source: PTI
October 08, 2012 22:23 IST
In a major haul, 101 kg of heroin worth Rs 505 crore in the international market was seized on Monday during a search operation in Amritsar in a goods train that came from Pakistan.

Acting on a tip-off that the drug was being smuggled in cement rakes of the train, the customs department acted swiftly and seized the consignment when the train reached the Amritsar railway station for unloading. Five hundred live pistol cartridges were also recovered from the train.

A customs official claimed that this is the first time that such a huge quantity of drug was seized while being smuggled to India. He said search operation in the goods train was on till late evening and the final report of seizure would be available on Tuesday.

Incidentally, the seizure coincided with the visit of Home Minister Sushilkumar Shinde, who was in Amritsar to inspect the Integrated Check Post at Attari/Wagah border on Sunday.

Shinde was in Amritsar to review security arrangements with regard to prevent smuggling activities from Pakistan so that trade could he enhanced.

Indian traders have been urging authorities to install a big scanner at the border to prevent smuggling from Pakistan as it was hampering trade.

A few days ago, collector of Pakistan's custom department Fazal Yazdani during his meeting with his Indian counterpart in Amritsar had said that the Pakistan government was serious about curbing smuggling of drug from Pakistan to India.

In the past few months, around three big consignments of heroin in large quantity was seized from cement bags brought from Pakistan to India through goods train.

The last seizure of heroin was made when Indian customs sleuths posted at the international Attari railway station seized in June 5 kg heroin worth Rs 25 crore. The stuff was smuggled from Pakistan.

In May, Border Security Force troops seized 10 kg heroin worth Rs 50 crore and fake Indian currency smuggled from Pakistan through a goods train. 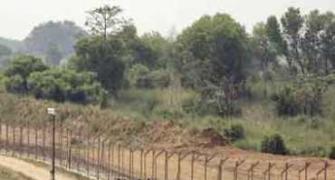 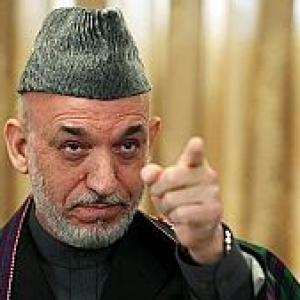 Angry Pakistan lashes out at Karzai for remarks