Mumbai witnessed heavy showers on Tuesday as the rain intensity increased in the city after a gap of a few days. 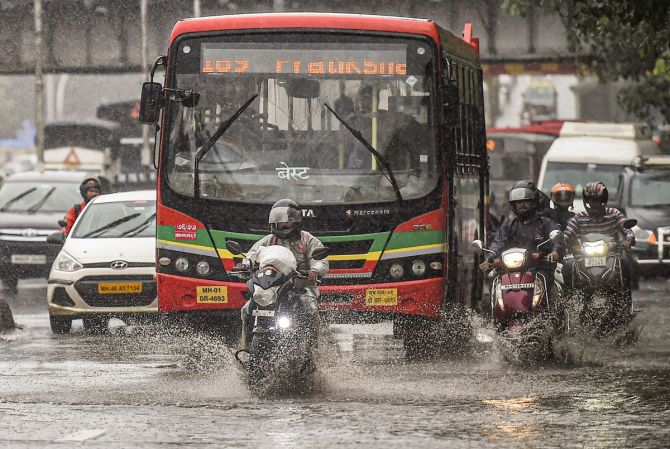 The weather department has predicted occasional intense rain spells in the city in the next 24 hours.

According to civic officials, there was no report so far of any major water-logging in low-lying areas. Trains and bus services of the Brihanmumbai Electric Supply and Transport (BEST) were running normally, they said.

Early in the morning, there was either no rain or light showers in most parts of the city.The heavy downpour started around 10 am, they said.

Between 10 am and 11 am, Parel and Dadar received 14 mm rainfall, while Malabar Hill and Nair Hospital areas received 19 mm rain, a civic official said.

The Meteorological department has predicted a generally cloudy sky with moderate rain in the city and suburbs with a possibility of occasional intense spells for the next 24 hours.

The city recorded 7.91 mm rainfall in the 24 hour-period till 8 am on Wednesday, while the eastern and western suburbs recorded 12.94 mm and 12.33 mm rainfall, respectively, another civic official said.

The rain intensity had reduced in Mumbai over the last few days when most parts of the city received light showers.