The Delhi high court on Tuesday expressed displeasure over the filing of an affidavit by the Centre opposing a plea by lesbian, gay, bisexual and transgender couples seeking live streaming of proceedings on a batch of petitions to recognise same-sex marriage under various laws, as it contained certain alleged objectionable words. As the petitioners claimed that the central government has used 'highly objectionable and demeaning comments' in the affidavit, the high court said the affidavit should not come from the ministry and the counsel should not file it without reading.

The court was informed that though the government's affidavit has been filed, it was not on record.

"Have you read the affidavit? We advise you not to place it on record and have a relook. Don't place it on record. This is not correct. Your affidavit should not come from the ministry and you should not file it without reading. That should not happen," a bench of acting Chief Justice Vipin Sanghi and Justice Navin Chawla told the counsel representing the Centre.

The bench further said, "As a counsel it is your responsibility to read it and say if there is something objectionable, you are not obliged to file it. You should be able to advise your client accordingly. Don't do a mindless exercise on this."

To this, the Centre's counsel said, "I take the blame," and added he will examine the response and will file a better one.

The court said the reply vetted by the counsel be placed on record before the next date of hearing on August 24.

At the outset, senior advocate Neeraj Kishan Kaul, representing the applicants who have filed the application, submitted that the Centre in its affidavit has said that the live streaming application is mala fide and filed to gain sympathy, and such statements coming from a responsible government show they are demeaning the rights of same-sex couples.

"I am really troubled that the Government of India has used such kind words like sympathy, hallucination, you are sensationalising. You may agree or disagree on live streaming, that is another issue, but please don't trivialise and demean a struggle of a lot of people who have struggled for years till the constitution bench of the apex court recognised their rights and bestowed them rights which are guaranteed under the Consitution," he argued and added that there should be consequences for making such statements.

Advocate Maneka Guruswamy, appearing for some of the petitioners, said the Centre's counsel should start by making an apology.

The court was hearing a batch of petitions filed by several same-sex couples seeking a declaration recognising their marriages under the Special Marriage Act, the Hindu Marriage Act, and the Foreign Marriage Act.

A total of eight petitions have been filed in the high court on the issue.

The application for live streaming of proceedings was filed in the pending petition of Abhijit Iyer Mitra by Akhilesh Godi, Prasad Raj Dandekar, and Shripad Ranade, residents of Karnataka and Mumbai.

It sought direction to the high court registry to make arrangements to live stream the final arguments of this case via YouTube or any other platform.

The Centre has opposed the application for live streaming and sought its dismissal saying the matter is not of national importance and that the applicants were attempting to create a dramatic impression of the proceedings before the court and to win sympathy.

Dispensation of justice does not have any bearing on the number of persons who watch the court proceedings or subscribe to the YouTube channel streaming such proceedings, it said.

It said live streaming can be allowed only after the framing of a comprehensive framework by way of rules, including for the protection of data.

"The instant matter is not a fit case where live streaming of the proceeding is desirable as it affects the cause of administration of justice," the affidavit said.

It said the purpose of the applicants appears to be mala fide as they were trying to get unnecessary publicity and to invite unwanted public attention and every matter that comes before the court is important and for every matter, live streaming may not be feasible and possible.

The affidavit said the Supreme Court has categorically observed that live streaming is feasible in matters of national importance.

"In the present matter, neither violation of any fundamental right is involved nor is it in any way one of national importance," it said. It further said the "majority of the Indian population is not very much affected by the present matter and the proceedings thereof".

Mitra and three others contended that marriages between same-sex couples are not possible despite the apex court decriminalising consensual homosexual acts and sought a declaration to recognise such marriages under the Hindu Marriage Act and Special Marriage Act.

Another plea was filed by two women seeking to get married under the Special Marriage Act and challenging provisions of the statute to the extent it does not provide for same-sex marriages.

The other was filed by two men who got married in the US but were denied registration of marriage under the Foreign Marriage Act.

The Centre has opposed same-sex marriage saying marriage in India is not just a union of two individuals but an institution between a biological man and woman and judicial interference will cause "complete havoc with the delicate balance of personal laws". 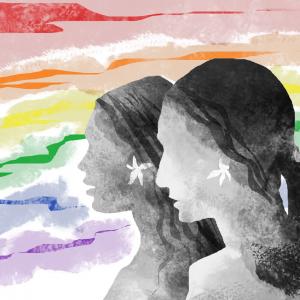