The Madras High Court has ruled that an evangelist who made offending remarks against Hindus cannot claim immunity after outraging religious beliefs of others and stated he cannot be equated as a neutral commentator or a stand-up comedian like Munawar Faruqui. 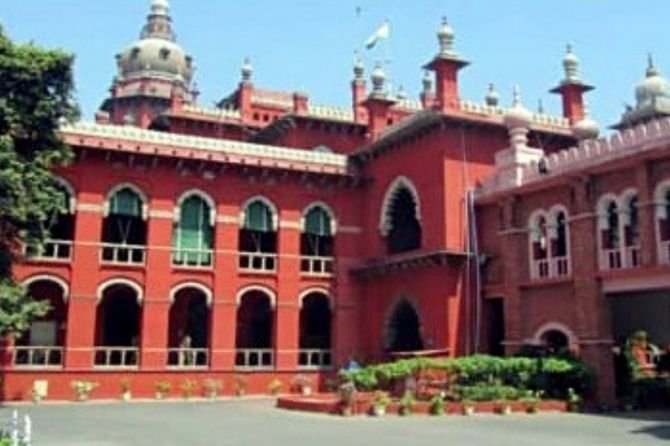 Partly quashing an FIR filed against priest P George Ponniah who was booked under different sections of the IPC including outraging religious sentiments, Justice G R Swaminathan said such immunity would be available only to rationalists or satirists or even academics under the Constitution.

The judge, while batting for an individual's decision to convert from one religion to another, however said "religious conversions cannot be a group agenda."

The judge made the observations while hearing a petition of Ponniah against whom a case was filed by the police for saying Bhooma Devi and Bharat Mata were sources of infection and filth.

He had also made critical remarks against Prime Minister Narendra Modi, Union Home Minister Amit Shah and a state minister during a meeting at Arumanai in Kanyakumari district in the state.

The judge said the petitioner cannot insult or outrage others' religion or religious beliefs.

"There was absolutely no need or necessity to mount a visceral attack on the religious beliefs of the Hindus. It was unwarranted and utterly unrelated to the occasion. That is what makes it deliberate and malicious. The petitioner poked fun at those who walk barefoot out of reverence for Mother Earth (Bhooma Devi). He stated that Christians wear shoes so that they won’t catch scabies. He painted Bhuma Devi and Bharat Mata as sources of infection and filth," the judge said.

"A reading of the petitioner's speech as a whole does not leave any one in doubt. His target is the Hindu community. He is putting them on one side and the Christians and Muslims on the other. He is clearly pitting one group against the other. The distinction is made solely on the ground of religion. The petitioner repeatedly demeans the Hindu community," the judge said.

The court said India was partitioned on the ground of religion and millions died in the ensuing riots.

"That is why, our founding fathers consciously adopted secularism as the guiding principle of the new republic. There is something truly enchanting about the idea of India propounded by them. Equality, liberty, fraternity and egalitarianism were real promises meant to be fulfilled. Freedom of conscience and the right to freely profess and propagate one's religion was made a fundamental right."

"But the tryst with destiny can be achieved only if the multicultural character of the Indian society continues to remain. In other words, the status quo in the matter of religious demography has to be maintained. Our Constitution guarantees freedom of conscience as a fundamental right. If an individual out of personal conviction wants to change his religion, his choice must be respected. The change of religion by such a person cannot be and ought not to be objected to. Dileep Kumar became A R Rahman (the Oscar-winning composer)," he said.

The judge also referred to the instances of some other Tamil cinema celebrities embracing Islam and said "these are perfectly understandable and no exception can be taken."

"But religious conversions cannot be a group agenda. Our Constitution speaks of composite culture. This character has to be maintained. The clock of history can never be put back. But the status quo that obtains in the year 2022 as regards religious demographic profile may have to be maintained. When stand-up comedians Munawar Faruqui or Alexander Babu perform on stage, they are exercising their fundamental right to poke fun at others. Again, their religious identity is irrelevant. It is here, the “Who?” and “Where?” tests matter," the court noted.

He said the persons concerned voice their opinions or give vent to their expressions in their capacity as satirists.

On the other hand, an evangelist like the petitioner cannot claim a similar privilege.

"He cannot insult or outrage others' religion or their religious beliefs and still claim immunity from the application of Section 295A/153A/505(2) of IPC. This is because he views the other religionists as a constituency to be poached," he said.

Section 295 (a) deals with deliberate and malicious acts intended to outrage religious feelings of any class by insulting its religion or religious beliefs while 153 (a) is about promoting disharmony, enmity or feelings of hatred between different groups on the grounds of religion, race, place of birth, residence, language, etc. and doing acts prejudicial to maintenance of harmony.

"The offending speech of the petitioner prima facie attracts the offences under Sections 153A, 295A and 505(2) of IPC," the judge said, but quashed other sections including one on unlawful assembly.

"The impugned FIR is quashed to this limited extent as far as the petitioner is concerned," the judge ruled. 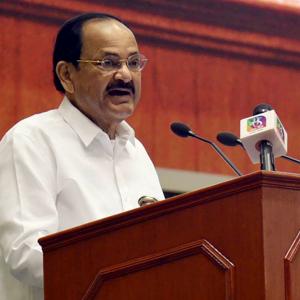