The mortal remains of Group Captain Varun Singh, who died at the Air Force's Command hospital in Bengaluru on Wednesday, a week after he was seriously injured in the crash near Coonoor in Tamil Nadu, would be flown to Bhopal by a service aircraft on Thursday, IAF sources said. 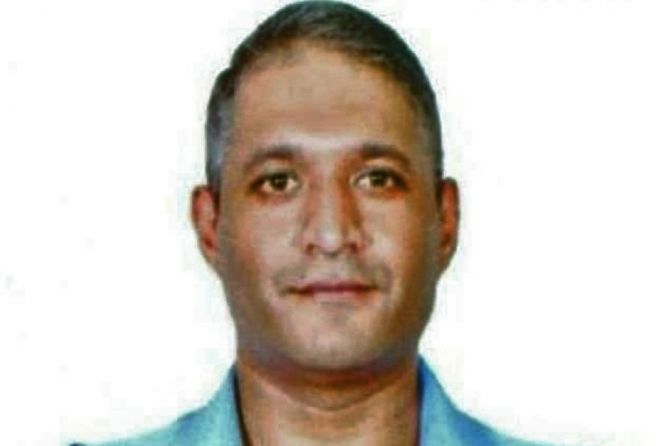 The mortal remains would be moved from the hospital at 10 am to air force station Yelahanka, where wreaths would be laid as a mark of respect to the departed, sources said.

From Yelahanka, the body would be flown to Bhopal, and the funeral is planned on December 17, they added.

Initially hospitalised at Wellington in the Nilgiris district of Tamil Nadu with 80 per cent burns, Singh was shifted to the Command Hospital in Bengaluru on December 9 for higher treatment.

General Rawat, his wife Madhulika Rawat and 11 other defence personnel were killed on December 8 when the Mi17V5 helicopter carrying them to Wellington in Nilgiris crashed.

The Indian Air Force said the 'braveheart' Group Captain succumbed to his injuries on Wednesday morning.

"IAF is deeply saddened to inform the passing away of braveheart Group Captain Varun Singh, who succumbed this morning to the injuries sustained in the helicopter accident on 08 Dec 21. IAF offers sincere condolences and stands firmly with the bereaved family," the Air Force said on Twitter.

"Extremely saddened by the passing away of Group Captain Varun Singh. The nation has lost a brave soldier. I extend my deep condolences to his family," he said.

In Bhopal, collector Avinash Lavania said the mortal remains of Group Captain Singh will arrive in the capital of Madhya Pradesh on Thursday by and that his funeral will take place on December 17.

Friends and well-wishers of the family reached his residence here soon after getting news about the demise of the IAF officer.

Singh's father was very optimistic about his surviving skills as he had earlier survived a life-threatening emergency while flying a Tejas aircraft during a sortie last year.

The air warrior was conferred with the Shaurya Chakra, India's third highest peacetime gallantry award, in August this year for displaying exemplary composure and skill when his Tejas aircraft developed a technical snag during the sortie.

He was admitted to a hospital in Wellington in Tamil Nadu with severe burn injuries on Wednesday last following the Mi-17V5 helicopter crash. A day later, he was shifted to the Command Hospital in Bengaluru from Wellington.

Prime Minister Modi expressed anguish at the passing away of Group Captain Singh and said his rich service to the nation will never be forgotten.

"Group Captain Varun Singh served the nation with pride, valour and utmost professionalism. I am extremely anguished by his passing away. His rich service to the nation will never be forgotten. Condolences to his family and friends. Om Shanti," Modi tweeted.

Describing the Group Captain as a "true fighter", Defence Minister Rajnath Singh said he fought till his last breath.

"Pained beyond words to learn of the demise of IAF pilot, Group Captain Varun Singh. He was a true fighter who fought till his last breath. My thoughts and deepest condolences are with his family and friends. We stand firmly with the family in this hour of grief," he said.

Congress leader Rahul Gandhi also condoled the air warrior's death and said it is a "sad moment" for the country.

Group Captain Singh graduated from the National Defence Academy in 2003 and was commissioned as a fighter pilot in 2004.

He mainly flew Jaguars and Tejas during his flying career.

Officials said his mortal remains are planned to be airlifted to Bhopal on Thursday afternoon and the last rites are to take place on Friday. The expected time of arrival of the body at Bhopal is 3 PM.

Group Captain Singh was on board the ill-fated Russian-made chopper as the liaison officer for the visit of Gen Rawat, India's senior-most military officer, to the Defence Services Staff College in Wellington.

He was serving as an instructor at the prestigious institute for the last six months after a stint in the Tejas squadron.

Group Captain Singh received Gen Rawat at the Sulur airbase from where the entourage was heading towards Wellington in the chopper that crashed.

His Shaurya Chakra award citation said despite being in extreme physical and mental stress in a life-threatening situation, he maintained exemplary composure and recovered the aircraft, exhibiting exceptional flying skill.

"Faced with a potential hazard to his own life, he displayed extraordinary courage and skill to control and safely land the fighter aircraft saving hundreds of crore," it said.

"The pilot went beyond the call of duty and landed the aircraft taking calculated risks. This allowed an accurate analysis of fault on the indigenously designed fighter and further institution of preventive measures against recurrence," it said.

Weeks after he received the Shaurya Chakra, Group Captain Singh wrote a letter to the principal of his school in Chandimandir in Panchkula and requested her to share his message with the students.

"It is ok to be mediocre. Not everyone will excel at school and not everyone will be able to score in the 90s. If you do, it's an amazing achievement and must be applauded," he wrote.

"However, if you don't, do not think that you are meant to be mediocre. You may be mediocre in school but it is by no means a measure of things to come in life," he said.

"Find your calling, it could be art, music, graphic design, literature, etc. Whatever you work towards, be dedicated, do your best. Never go to bed thinking I could have put in more effort," he added.

The 39-year-old officer, who was known to be an excellent test pilot, is survived by a 11-year-old son, an eight-year-old daughter, and his wife. The Group Captain's family originally hails from Ghazipur in Uttar Pradesh. 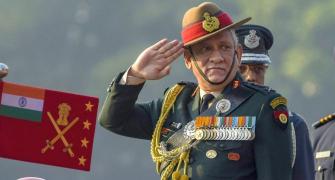 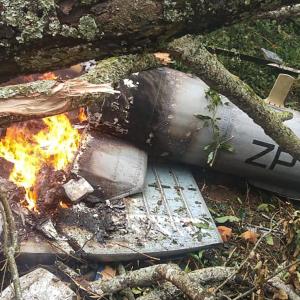 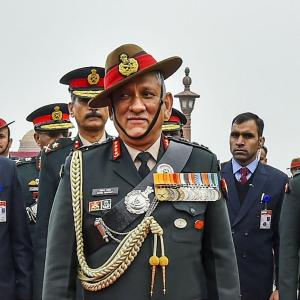