A mix of grief and terror has engulfed the nondescript village of Lakhpura Parghari in central Bihar which has lost one of its residents, a 30-year-old street vendor, to militants' bullets in Jammu and Kashmir. Security forces cordon off the area to search for terrorists, who killed a street vendor from Bihar at Eidgah in Srinagar, October 16, 2021. Photograph: ANI Photo

The wails of Sunaina Devi pierced the shocked silence that suffused the Monday morning air at the village in Banka district, nearly 300 km from state capital Patna, as the bullet-riddled body of her son Arvind Kumar Sah arrived, two days after he was gunned down near Srinagar.

Sunaina Devi had been making plans for getting Arvind, the youngest of her five sons, married. She had called him up on the fateful day a few hours before he was killed.

"Arvind had been working hard, selling golgappas and saving money, with the dream of a better future. He hung up telling his mother that he was getting late for work and promised to call back in the evening. The evening never came," recalls Devendra Sah, the bereaved father, making futile attempts to look composed before bursting into tears.

The year has been a double whammy for the family, which also lost Babloo, an elder sibling of Arvind, to Covid-19 a few months ago.

"All our hopes are dashed. The state government has announced a solatium of Rs two lakh. We request that they realise the gravity of our predicament and the amount be raised to Rs 50 lakh, and a government job be provided to one of our sons so he may take care of the family while living here," he said.

"We cannot allow any member of our family, henceforth, to risk his life in a far-off dangerous place. I have been told that my son was shot at point blank range after the attackers checked his identity, ascertaining that he was an outsider. I am told that an Indo-Pak cricket match will be played. It should be called off," he added.

Many residents of the village are still eking out a living in Jammu and Kashmir and there are apprehensions about their well-being in the aftermath of terrorists targeting outsiders and non-Muslims.

"Our village comprises nearly 300 households. Most of these have at least one member or more in Jammu and Kashmir. We are very, very scared for them. Why does the government fool us with claims of peace having returned to the valley when it is incapable of providing security?" asks Om Prakash Yadav, a villager, angrily.

Local BJP MLA Ram Narayan Mandal, who visited Lakhpura Parghari to console the bereaved family, however, asserted the apprehensions of the villagers will be squarely addressed.

"My appeal is that they retain their faith in Prime Minister Narendra Modi and his government. Those responsible for the dastardly act will get exemplary punishment, and rehabilitation of the bereaved families (of Bihari migrants killed by militants in Kashmir) will get top priority," he said. 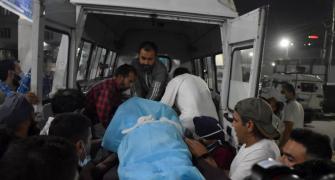 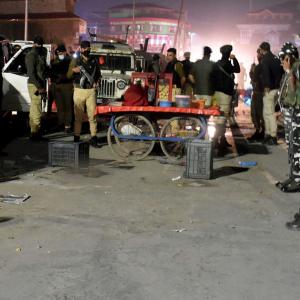