Popular chemist among 3 shot dead by terrorists in Kashmir

The Kashmir Valley on Tuesday witnessed three targeted civilian killings in 90 minutes, which included a prominent Kashmiri Pandit businessman Makhan Lal Bindroo and the owner of Srinagar's most famous pharmacy, and a resident of Bihar who earned his daily bread by selling 'golgappa' and 'bhelpuri'. 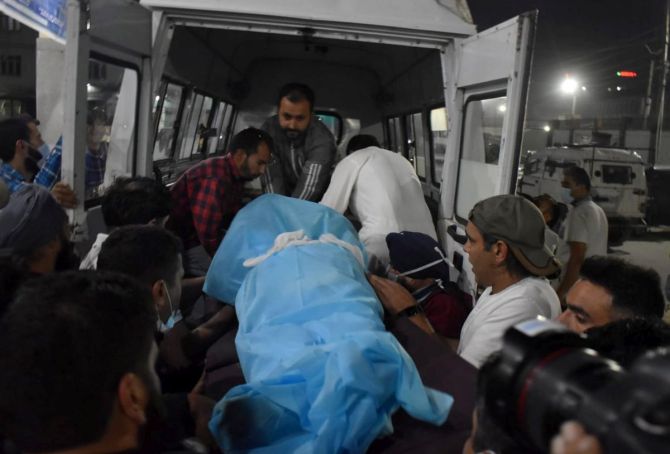 Bindroo was killed around 7 pm while he was dispensing medicine at Iqbal Park, which is barely a few metres from the office of Senior Superintendent of Police and 'Cargo', the headquarters of the anti-militancy unit of Jammu and Kashmir police.

Bindroo, 68, the owner of Bindroo Medicate, was shot at by the assailants from point-blank range while he was at his pharmacy, dispensing medicines, a police official said, adding he was rushed to a hospital where he was declared dead.

A Kashmiri Pandit, Bindroo was one of the few in his community who did not migrate out of Kashmir at the onset of militancy in 1990.

He stayed back along with his wife to continue operating his business, which was a trusted name for quality medicines.

According to officials, Bindroo had received four gunshot wounds.

Terror organisation The Resistance Front (TRF), believed to be a shadow outfit of the banned Lasker-e-Tayiba, has claimed responsibility for Tuesday's killings in the Valley.

The official Twitter handle of the Kashmir zone of the Jammu and Kashmir Police gave details of Tuesday's incident with an appeal from IGP Kashmir Vijay Kumar who reiterated that 'all misguided youth who have joined terror folds to shun the path of violence and return to the mainstream'.

'He also said that the police is committed to accept them with open arms as society needs them the most, especially their parents.'

Barely a few minutes after the killing of Bindroo, militants gunned down a roadside vendor identified as Virendra Paswan, a resident of Bhagalpur in Bihar, who used to earn his livelihood by selling 'golgappa' and 'bhelpuri'.

He was shot dead near Hawal chowk in downtown of Srinagar, police said.

Lone was the president of the local taxi stand.

The three killings, including that of Bindroo, was widely condemned with former chief minister and Lok Sabha member Farooq Abdullah asking the government to wake up to the realities of the targeted killings of innocent youths.

'Somehow it seems that the law-and-order machinery is breaking and needs to be set right. I am sure that the government will wake up to such dastardly killings by people whose religion is only violence,' Abdullah said.

His son and vice president of National Conference Omar Abdullah, while condemning the killing, conveyed his condolences to the bereaved.

'What terrible news! He (Bindroo) was a very kind man. I've been told he never left during the height of militancy and remained with his shop open. I condemn this killing in the strongest possible terms and convey my heartfelt condolences to his family. God bless his soul,' Omar Abdullah tweeted.

'Another targeted attack in Srinagar. A poor non-local handcart stall owner selling golgappas has been shot and has reportedly succumbed to his injuries. No words of condemnation are enough. May his soul rest in peace,' he said.

'Those behind the killing of Bindroo have no religion as the killing of unarmed persons is never justified in any religion. I express my solidarity with the family members of Bindroo and urge police to expose and punish his killers, the sooner the better,' Thakur said.

People's Conference chief Sajad Lone also condemned the killing saying 'the fatal attack against the owner of Bindroo medicates is outrageous and unacceptable. I knew the gentleman personally. He never left the valley. And terrorists made him pay for that. May he live in peace'.

Communist Party of India-Marxist leader Mohammad Yousuf Tarigami said he had no words to condemn such a heinous and shameful act.

'His (Bindroo's) unfortunate death has sent shock waves. No words to condemn such a heinous and shameful act. This is indeed an irreparable loss for the whole society,' he said.

People's Democratic Party president Mehbooba Mufti condemned the killings and specially mentioned Bindroo saying he chose to stay back in Kashmir even during the peak of insurgency.

'Such acts have no place in our society. May his family find the strength to deal with this loss,' she added. 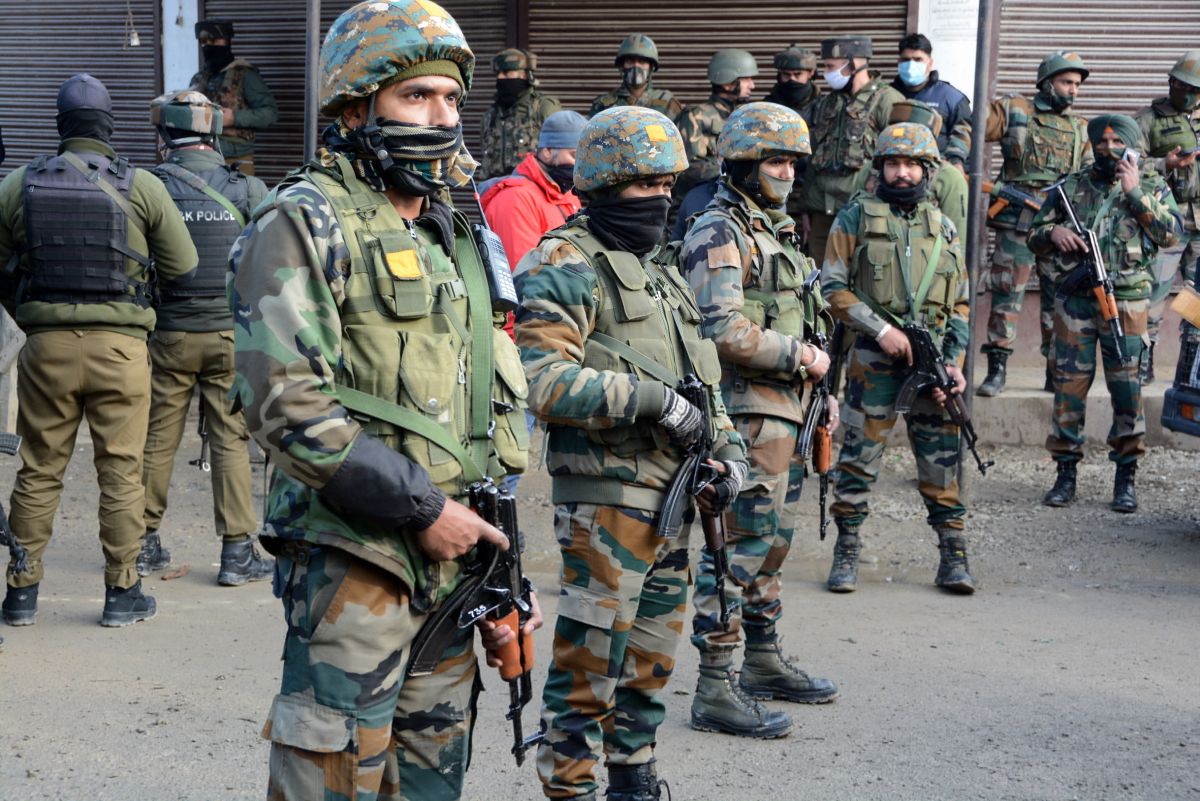