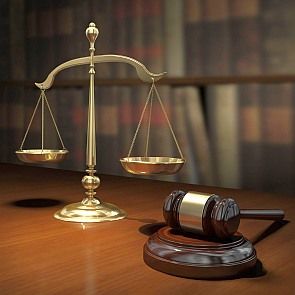 The government is learnt to have returned to the Supreme Court collegium its recommendation to elevate Justice Akil Kureshi as the chief justice of the Madhya Pradesh high court, sources in the Law Ministry said on Wednesday.

The sources indicated that the government was not averse to elevating Justice Kureshi as the chief justice of some other high court.

They, however, did not give reasons behind the government's decision to send back the file.

The Gujarat High Court Advocates Association (GHCAA) had filed a petition in the Supreme Court seeking direction to the Centre to notify the elevation of Justice Kureshi.

The Supreme Court on Wednesday said it had received a communication from the Ministry of Law and Justice on the Collegium's recommendation elevating Justice Akil Kureshi as the chief justice of the Madhya Pradesh high court.

A bench headed by Chief Justice Ranjan Gogoi said that his office had received a communication from the ministry and it would be placed before the Collegium to take a call on it.

"A communication has been received by the office of the Chief Justice of India, on the administrative side, from the Department of Justice. The same will be put up before the Collegium in due course.

"Matter be listed once the decision of the Collegium is taken on the basis of the response/ communication of the Department of Justice," the bench also comprising Justices S A Bobde and S A Nazeer said.

On August 16, the Centre had told the apex court that it would take a call within a week on the Collegium's May 10 recommendation on elevation of Justice Akil Kureshi as chief justice of Madhya Pradesh high court.

The lawyers' body alleged that the government has cleared the appointment of chief justices of other high courts.

The plea had said that Justice Kureshi's name has not been notified by the government even after the collegium recommended his name on May 10.

The government had on June 7 appointed Justice Ravi Shanker Jha as acting chief justice of the Madhya Pradesh high court.

Appointment of Justice Kureshi as chief justice of the Madhya Pradesh high court was recommended by the collegium on May 10 this year.

The collegium's resolution had stated, "Justice A A Kureshi is the senior-most judge from the Gujarat high court and at present is functioning, on transfer, in the Bombay high court.

"Having regard to all relevant factors, the Collegium is of the considered view that Justice A A Kureshi is suitable in all respects for being appointed as Chief Justice of the Madhya Pradesh high court. The Collegium resolves to recommend accordingly."