"The meeting was a gesture to India," Vice President Hamid Ansari says, briefing reporters about his encounter with Fidel Castro in Havana on Wednesday afternoon.

The meeting with Castro, the vice president revealed, was only made known to him when he met Cuban Vice President Miguel Diaz-Canal Bermudez on Wednesday morning.

"The Cubans crafted it carefully," Ansari said. "Since he (Castro) no longer participates in public life, they wanted it to be a social call. They wanted to draw the line between an official engagement and a social engagement."

"But the significance was not lost on me," the vice president added. "He leads the life of a social recluse and does not meet foreign visitors. My expectation was that the meeting would go on for 20, 25 minutes. It went on for 65 minutes."

"He is frail, but in good shape. He is what anyone would be at 87, but his mental faculties are all there. "

When one reporter asked about his impressions of Castro's frailty, the vice president pointed out, "He spoke for an hour! If I had not got up, he would have gone on speaking."

"His views," Ansari said, "are what we have known them for half-a-century."

When Rediff.com pressed the vice president about what Commandate Fidel had mentioned about today's world, Ansari said, Castro spoke about the "threat to security in the world; the evils of large nuclear arsenals; the possibility that a nuclear accident could destroy the world."

Castro also referred to the recent book Command and Control, which revealed that a nuclear bomb had accidentally been dropped in the United States.

"The broad framework of his views have not changed," the vice president said, adding, "since it was a social engagement, it was not the occasion to quiz him."

Castro also showed Ansari the horticultural pursuits he is currently engaged in.

When Rediff.com asked the vice president what differences he discovered in the brothers Castro -- after meeting Fidel, as most Cubans call the Leader of the Revolution, Ansari met President Raul Castro for 75 minutes -- he quickly said, "None. They speak as if one. He (Fidel Castro) is the indisputed leader of the revolution. His place in history is secure."

Raul Castro indicated the end of the Castro era to Ansari -- the brothers have ruled the island for more than 54 years -- when his second term in office expires in 2018.

President Castro told Ansari that First Vice President Bermudez -- who led the delegation-level talks with Ansari -- will succeed him, the first time a Cuban leader has openly mentioned the succession plan in Havana.

During his day-long visit to Havana, Ansari offered the Cubans two things:

India had earlier extended Cuba a line of credit for $1.25 million. "I urged them to use it as quickly as they can," the vice president said.

"The visit," Ansari pointed out, "was an unambiguous reiteration that we value the relationship with Cuba and we have every intention of sustaining it and taking it to higher levels."

Just two days before the Ansari-Castros encounter, India voted in the United Nations General Assembly against the United States sanctions against Cuba (the vote was 188-2; only the US and Israel voted for).

The rare meeting with Castro, Ansari reiterated, was "the value Castro himself and the Cuban system places on the relationship with India." 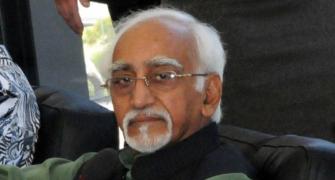 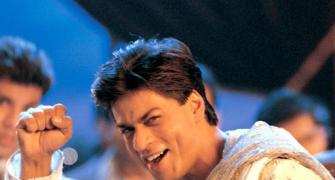 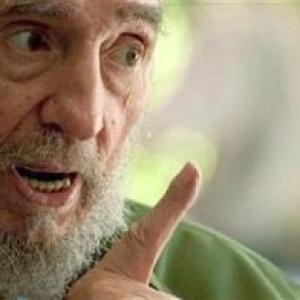 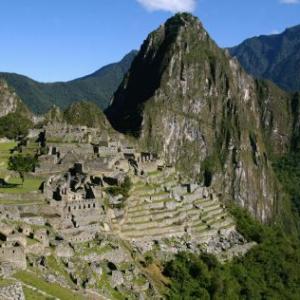