According to sources, the government has worked out possible solutions to the provisions on which farm leaders have raised objections. 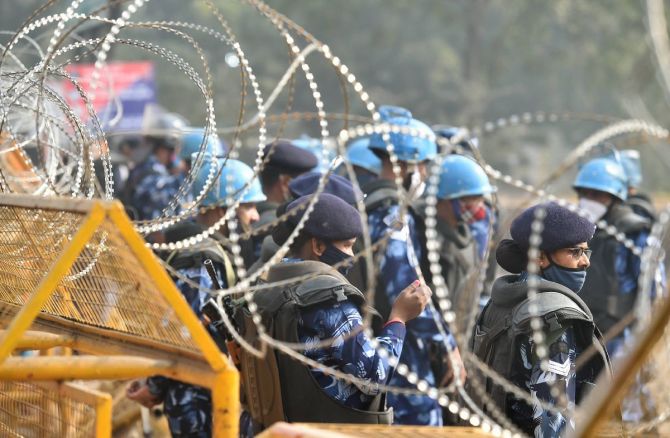 The government and farmer leaders are scheduled to meet again on Saturday for their fifth round of talks to end the deadlock over the new farm laws.

Agriculture Minister Narendra Singh Tomar, Food Minister Piyush Goyal and Minister of State of Commerce and Industry Som Parkash, who will be present in the meeting, will deliberate on the points that farmer leaders had raised and offer possible solutions.

It hopes to break the deadlock on Saturday so that the farmers' protest ends at the earliest.

In the previous meeting on Thursday, Tomar had assured 40 farmer union leaders that the government is open to considering ways to strengthen APMC mandis, create a level-playing field with proposed private markets, and provide a provision for approaching higher courts for dispute resolution, while asserting that procurement at minimum support price (MSP) will continue.

But the other side stuck to their demand of repealing the three 'hastily-passed' farm laws, saying that the legislations with several loopholes and deficiencies cannot be amended.

It needs to be seen whether farmer leaders will accept solutions offered by the government and end the protest due to which Delhi's border points remained choked as thousands of farmers from Haryana, Punjab, and other states held demonstrations for the ninth consecutive day.

Meanwhile, Bharatiya Kisan Union leader Rakesh Tikait has threatened that the farmers' agitation would intensify if the government fails to meet the demands.

"The government and the farmers did not reach any decision during the meeting held on Thursday. The government wants to make amendments to the three laws, but we want the laws to be completely repealed.

"If the government does not agree to our demands, we will continue to protest. We are looking to find out what happens in Saturday's meeting," Tikait told PTI.

The farmer community has expressed apprehension that the new laws are 'anti-farmer', and would pave the way for dismantling of the MSP system, leaving them at the 'mercy' of big corporations.