News
Business
Movies
Sports
Cricket
Get Ahead
Money Tips
Shopping
Sign in  |  Create a Rediffmail account
Rediff.com  » News » 'Delhi Chalo': What the farmers' protest is all about

Thousands of farmers have reached the national capital on their tractor-trolleys and other vehicles, responding to the 'Delhi Chalo' call against the agri-marketing laws enacted at the Centre in September.

On Saturday morning, it wasn't clear if they will agree to move to the Burari ground on the outskirts of the city, where police said they can continue with their protest. Many protesters were demanding a better venue in the centre of Delhi. Originally, the protest was meant to be on November 26 and 27. 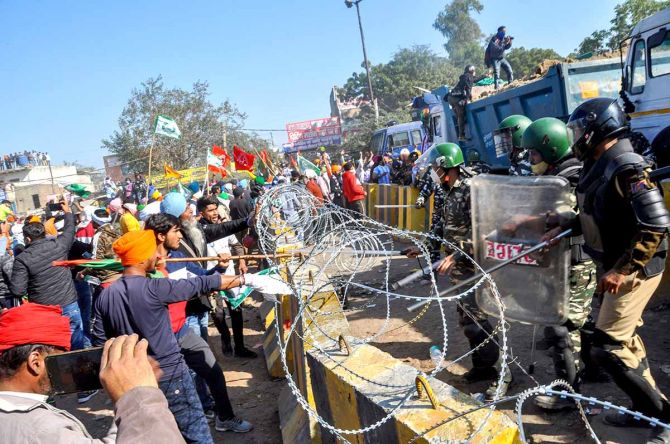 Farmer unions in Punjab and Haryana say the recent laws enacted at the Centre will dismantle the minimum support price system. Over time big corporate houses will dictate terms and farmers will end up getting less for their crops, they argue.

Farmers fear that with the virtual disbanding of the mandi system, they will not get an assured price for their crops and the 'arthiyas' -- commission agents who also pitch in with loans for them -- will be out of business.

The key demand is the withdrawal of the three laws which deregulate the sale of their crops. The farmer unions could also settle for a legal assurance that the MSP system will continue, ideally through an amendment to the laws.

They are also pressing for the withdrawal of the proposed Electricity (Amendment) Bill 2020, fearing it will lead to an end to subsidised electricity. Farmers say rules against stubble burning should also not apply to them. 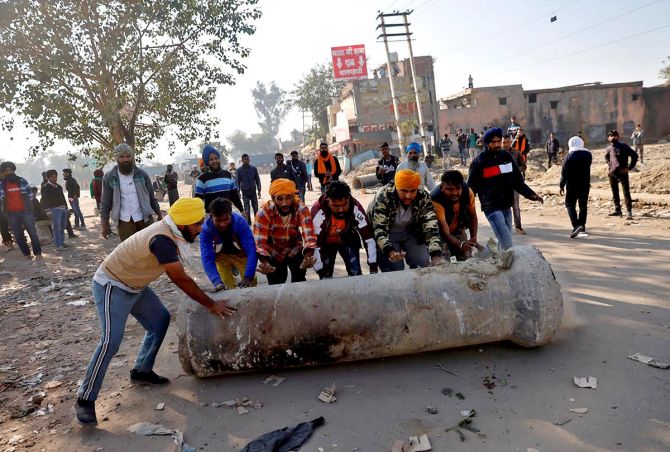 IMAGE: Farmers push a cement pipe to use it as a roadblock during a protest against the newly passed farm bills at Singhu border near Delhi. Photograph: Danish Siddiqui/Reuters

The `Delhi Chalo' call was given by the All India Kisan Sangharsh Coordination Committee. Several other organisations including Rashtriya Kisan Mahasangh and factions of the Bharatiya Kisan Union came out in support.

Most protesters are from Punjab, but there is a substanial number from Haryana as well. There have been scattered support for the "Delhi Chalo" protest from Uttar Pradesh, Rajasthan, Madhya Pradesh and Uttarakhand.

Before 'Delhi Chalo', farmers in Punjab and Haryana held sit-ins and blocked roads in sporardic protests. Punjab farmer unions then announced a "rail roko" agitation, which lasted for abour two months, leading to a suspension of trains to the state and shortages in critical areas, including coal for thermal power stations.

At one point, the unions relaxed the agitation to let goods trains through, but the Railways insisted that they will either run both freight and passengers trains or none.

The Farmers' Produce Trade and Commerce (Promotion and Facilitation) Act, 2020, The Farmers (Empowerment and Protection) Agreement of Price Assurance and Farm Services Act, 2020 and The Essential Commodities (Amendment) Act, 2020.

The Congress-majority Punjab assembly reacted to these central laws by passing Bills meant to 'negate' their effect in the state. The Punjab Bills, however, are still awaiting assent of the state Governor.

What the Centre says

The Narendra Modi government says the new laws will give more options to the farmers to sell their crops and get them better prices. It has assured that there is no move to end the MSP system, and the new Acts do not refer to it.

Before the Delhi Chalo agitation began, the Centre had invited representatives from over 30 farmer unions for a meeting with Union Agriculture Minister Narendra Singh Tomar on December 3. An earlier meeting on November 15 had remained inconclusive.

A look at the protest so far

Day 1:
On Thursday, thousands of farmers crossed from Punjab to Haryana. At border points, the Haryana Police tried to stop them, using water cannons and teargas. But later they were allowed through. There were skirmishes with police at other points as well on the highway to Delhi as it passed through BJP-run Haryana. A large group of protesters camped for the night near Panipat.

Day 2:
Protesters assembled at Delhi's border at Tigri and Singhu. Police used teargas and water cannons to stop them from breaking through barricades, which included sand-laden trucks. In the evening, they offered to let them into the city and continue their protest at Burari ground. But many appeared reluctant.

Day 3:
The standoff continued on Saturday morning at Delhi's border. More farmers were making their way from Punjab and Haryana. 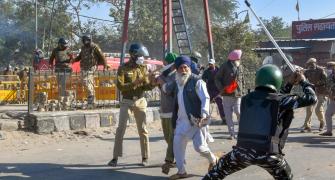 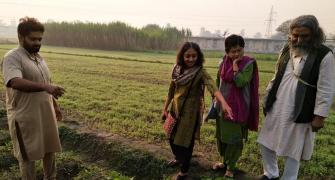 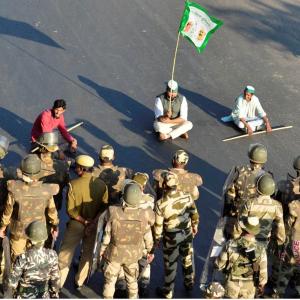 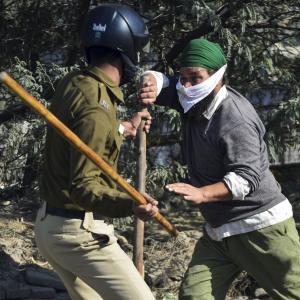