Bharatiya Janata Party MP Anantkumar Hegde has stoked a political row with his claim that Devendra Fadnavis was made the Maharashtra chief minister last month for few days only to protect Rs 40,000 crore central funds from being misused, an assertion used by the Nationalist Congress Party and Shiv Sena on Monday to attack the saffron party.

The BJP was also unhappy with Hegde's embarrassing claim, with a senior party leader in New Delhi saying that 'displeasure' of the party leadership will be conveyed to the former Union minister for his 'needless' remarks.

Fadnavis also dismissed Hegde's claim as 'absolutely wrong' and said nothing of that sort happened.

Known for making controversial statements, Hegde on Saturday sought to give a new twist to last month's political drama in Maharashtra, claiming it was played out to ensure funds meant for development works were protected.

"It was entirely planned earlier itself. Once we got to know (about three parties forming government) it was decided that a drama has to be played out. So, adjustments were made and oath was taken (by Fadnavis as CM), after oath within 15 hours Fadnavis systematically ensured that it (money) reaches where it had to and protected it," the BJP leader said in Kannada.

"You all know that recently in Maharashtra for just 80 hours our person was Chief Minister, but soon Fadnavis resigned. Why did we have to do this drama? ...Despite knowing we don't have majority, why did he become CM? This is the question commonly every one asked," Hegde, a six-time MP from Karnataka, is being seen as saying in a purported video.

Hegde's assertion was used by the BJP's former ally Shiv Sena, now in the ruling saddle as part of its alliance with the NCP and Congress, to attack Fadnavis while the Sharad Pawar-led NCP said Prime Minister Narendra Modi will have to resign if there is truth in these remarks.

Dismissing Hegde's claim, Fadnavis in Nagpur told reporters that 'it is absolutely wrong and I refute it completely. A central government company is implementing the bullet train project, where Maharashtra governments role is restricted to land acquisition. Neither did the Centre ask for any funds nor did Maharashtra government sent them back'.

Asserting that not a single rupee of Maharashtra government has been returned to the Centre from any other project, Fadnavis said he has not taken any such policy decision during his tenure as chief minister or as caretaker CM.

"Those who understand the accounting system of the Centre and states would know no such transfer of funds takes place," he said, adding the state finance department should conduct necessary enquiry and bring out the truth.

NCP chief spokesperson Nawab Malik said, "It is impossible for the state government to return Rs 40,000 crore to the Centre. If at all it (Hegdes claim) is true, then Prime Minister Modi will have to step down from his post."

"It is not an injustice to just Maharashtra but to other states as well. People from states like Tamil Nadu, West Bengal, Odisha, Telangana, Andhra Pradesh and Kerala will not tolerate such injustice," Malik told reporters in Mumbai.

Attacking Fadnavis over Hegde's claim, the Shiv Sena said the purported act of Fadnavis was a 'treachery' against Maharashtra.

Congress' chief spokesperson Randeep Surjewala tweeted, 'A union minister has exposed the Modi government. BJP's anti-Maharashtra face has been exposed. Has the federal structure been crushed? Was the Rs 40,000 crore earmarked for the welfare of the public and farmers withdrawn through a a conspiracy? Prime Minister Reply!'

This is not for the first time Hegde has courted a controversy. At a function in Karnataka last December, then Minister of State for Skill Development, Hegde had reportedly said people should identify themselves by their religion and 'those who, without knowing about their parental blood, call themselves secular, they don't have their own identity...They don't know about their parentage'.

He had also said, "We are here to change the Constitution and we'll change it."

Hegde had to tender an apology in the Lok Sabha for these remarks, but he maintained that his speech at the function was distorted. 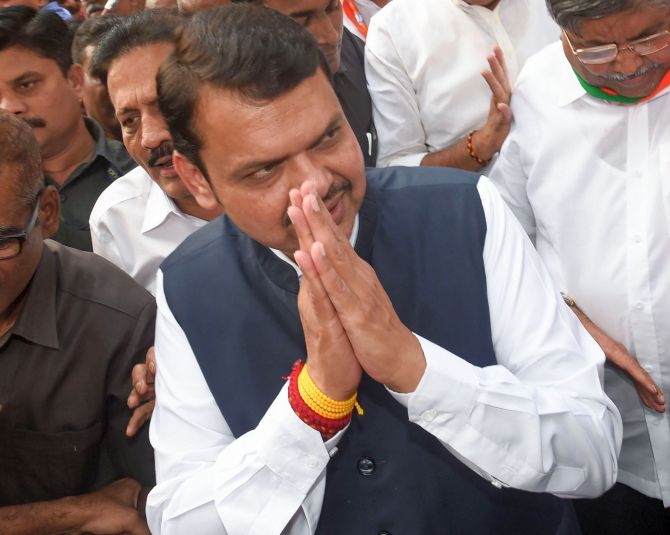 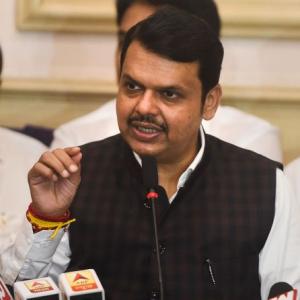